Ah, the Game Boy Advance. To many, a portable SNES without enough buttons to effectively be a portable SNES, and one with a screen invisible in all but the glow of a 100W lightbulb.

That didn’t stop it from having arguably the best catalogue of games of any system, however, and with the lit screen of the GBA SP (further refined in the GB Micro), it became and remains my favourite handheld ever. And I loved my DS and 3DS a lot. 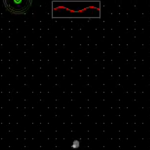 One of the “bit Generations” series of experimental games, and the best of them all (no easy feat, as they’re all pretty special). It’s a simple premise – steer your ship between two markers, rather like a ski slalom, but there’s a twist: the screen is blank (at least, after the first few markers anyway), and all you have to go on are audio cues from the markers which blip away in stereo audio space. You absolutely need headphones, but it’s a unique game experience.

9 The Legend of Zelda: Minish Cap 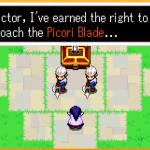 Haters gonna hate, but I love Minish Cap. The whole tiny and big mechanic, some clever dungeons, and it’s the best looking 2D Zelda game (at least, until Link Between Worlds came along, although that’s slightly cheating). Just look at those bright colours for a start! To those who say Capcom making a Zelda title was a bad idea, I say pish to you. Both Game Boy Colour “Oracles” games were Capcom too, and they were excellent, so back off haters! I even enjoyed the Kinstone collecting. 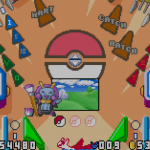 Again, this takes a Game Boy game (the original Pokemon Pinball) and turns it up to 11. I’ve a soft spot for pinball games (Sonic Pinball Party is great too, incidentally) and the “gotta catch ’em all” premise works really well in pinball format – and makes perfect sense too, what with your ball being an actual Pokéball. It’s so much fun. Even without the Pokémon splashed all over the game, it’s still an excellent pinball title, with two different tables (one for each game) and lots of minigames within it. 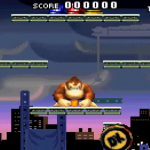 Donkey Kong ’94 was one of the Game Boy’s best titles, and this takes the same idea, gives it more power to work with, and bang: a brilliant, slick platform puzzle game. Mario is a joy to control with seemingly more moves than even in Mario 64, handstands, backflips and so on. At first the Donkey Kong Country style digitised 3D graphics are a bit jarring, but the gameplay wins out and you soon overlook that slight mistake. It’s a shame after this game the series went fully in the Lemmings direction hinted at here, as they’re nowhere near as good. 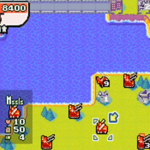 Advance Wars is fantastic, but Advance Wars 2 adds just enough to make it even better, with more units, more COs and, well, more everything really. Evolution rather than revolution, but it makes the first game redundant. Move your cute little units around the map, either destroying the enemies completely or rushing their HQ. Nothing more satisfying than watching them squirm with a single infantry unit while you create a giant army to take it down, simply because you can. 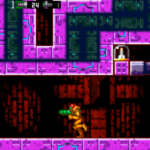 Not quite as awesome as Fusion, but still fantastic. Being a little too easy to get lost is really my only issue, but it’s so much fun to play I can’t even complain about that. Metroid Zero Mission is supposedly a remake of the original NES Metroid game, but really only borrows the premise and plot from that, as it uses the far superior Super Metroid as a template instead. It looks gorgeous on the small screen too. Actually, most of the games in this list do – for a long while the Game Boy Advance was the pinnacle of 2D pixel artwork, as games like this show. 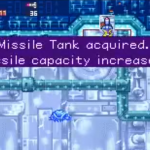 It’s more linear than Zero Mission (but is a totally new story, rather than a remake), but it works a little better as a result (you’re less likely to forget what you’re supposed to be doing for a start). Excellent music, atmosphere and bosses, and some very tense moments with the SA-X chasing you. It may have been an earlier game than Zero Mission but that doesn’t mean it’s worse – they’re both absolutely essential if you have a Game Boy Advance. 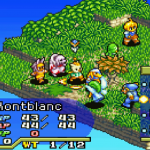 My most played GBA game by a very long way. A great SRPG – quite possibly the best one ever, actually, not just for the GBA – with lots of depth to the combat (the usual scissors/paper/stone thing, but also visibility, terrain and support all playing a part). Some people say War of the Lions on the PSP is better, but those people are wrong people. Some people also say not being properly set in the Final Fantasy universe is bad thing, but they’re wrong people too. 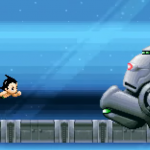 An incredible game, gorgeous looking, deep plot, some excellent powers and HUGE bosses. Gameplay wise, it sits somewhere between Gunstar Heroes and Castlevania, so you know it’s good. Don’t let the “it’s a console game platformer with a licenced property” thing put you off – this is legitimately fantastic. Of course it is – Treasure made it! Not only that, but you have a cannon that shoots out of your bottom. And the twist at the “end” is amazing. 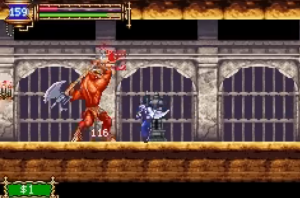 All three GBA Castlevania games are good, but the soul mechanics of this, and the incredible graphics, just beat Circle of the Moon and Harmony of Dissonance for me. I actually played it immediately following those two, which in turn were straight after Aria’s direct sequel (Dawn of Sorrow), so I was well versed in the mechanics by then. Something about them on a Game Boy Advance just feels perfect, and I think I enjoyed this even more than the technically superior DS titles.