We come in peace, shoot to kill. 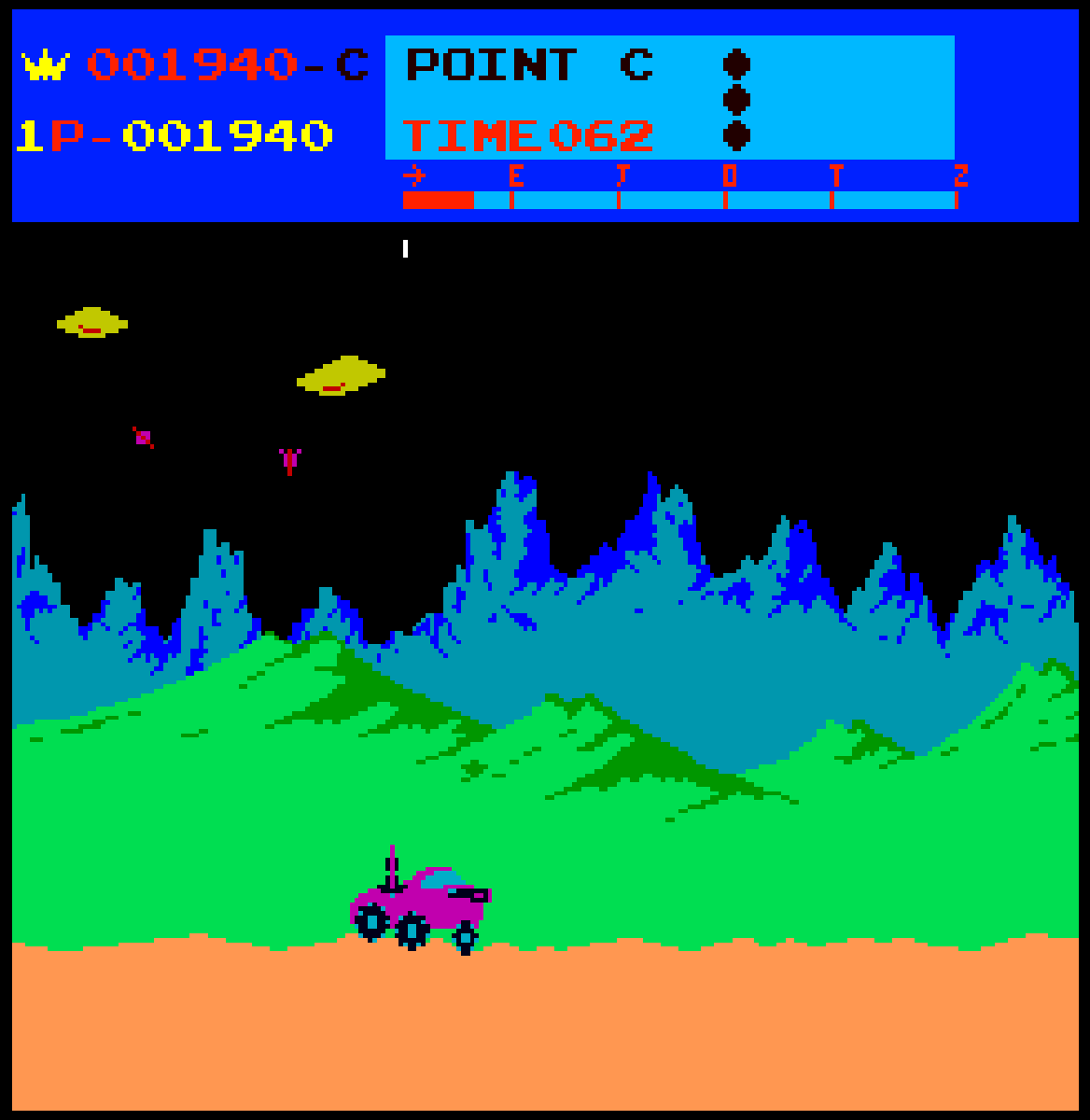 Remember when we all thought Canabalt was a totally new sort of game, dubbed an “endless runner”? Well, it wasn’t, and I think we all really knew that back then as well but we accepted the lie because it seemed so fresh and original. Probably.

An early endless runner, albeit one with weapons, is this – Moon Patrol. Your ever-trundling moon buggy (which looks just like the Mako from Mass Effect) with its fantastic suspension animation has to jump over crevasses while shooting aliens above and blowing up (or jumping over) rocks that lie ahead. 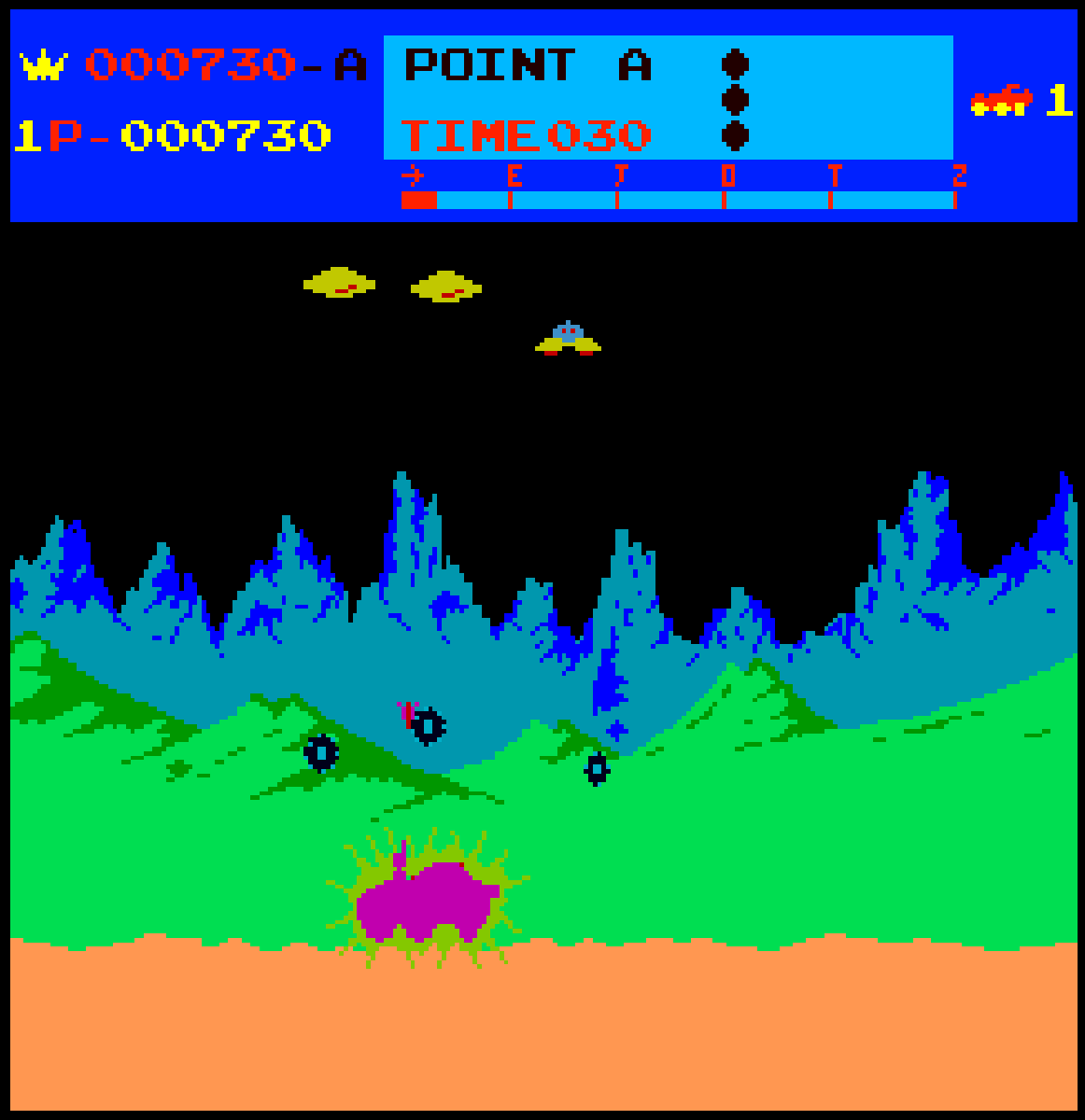 OK, so maybe it isn’t quite endless. But there’s no way in hell you can ever reach Z, which I presume is the final section, since even though I’m clearly the greatest gamer who has ever walked the Earth I can’t progress further than F. And neither can you.