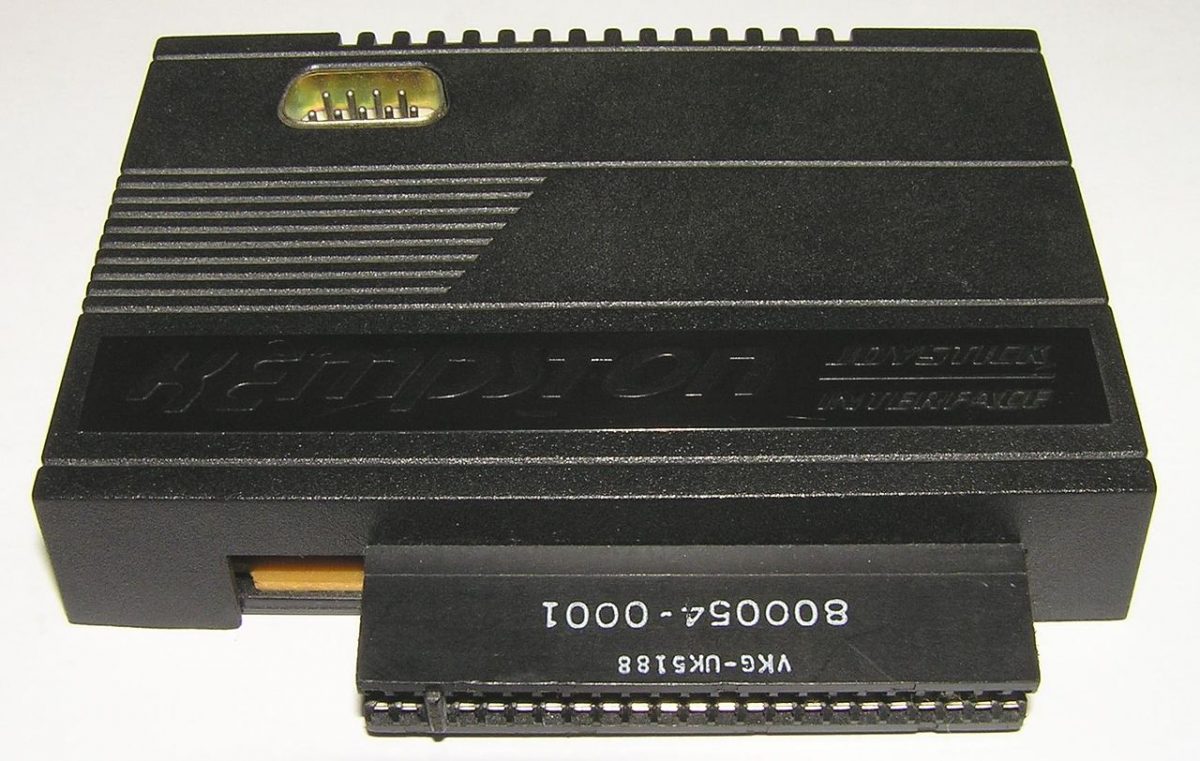 I’ve only ever been to Kempston once, and that was to go to Sainsbury’s in the middle of the night. I’ve driven through it a handful of times, though, and without wishing to offend those who live there, it is pretty unremarkable. Sinclair is not, as far as I’m aware, a location anywhere in the UK or any of the countries I’ve ever visited. With this deduction, I presume the comparison requested is between the two competing joystick interface standards for the Sinclair Spectrum.

Notice that I said “joystick interface” rather than “joystick”. Although Sinclair, and probably Kempston, branded sticks existed, and games always referred to “Kempston Joystick” and so on, it was actually the interface that made the difference.

Unlike many other machines at the time, the Spectrum didn’t have any joystick ports built in, and wouldn’t until the +2 model came along. Instead, an interface device needed to be plugged into the computer’s edge connector, and joysticks were plugged into that. The joysticks themselves were actually standard Atari-compatible one-button sticks with 9-pin connectors, and could be used with either interface (or indeed most of the less common alternatives, like AGF and Fuller), or indeed with many other computers and consoles of the era.

To the player, that meant that there was no real difference between the two. In my experience, more (most, in fact) games supported Kempston as a default option, but the Sinclair interface was actually quite clever: It replicated number keys on the keyboard. If a game didn’t support joysticks but did support redefining the keys, then you could still use a stick. Of course, the Cursor joystick interface did the same, but that isn’t up for discussion. In addition, the Sinclair interface offered the capability to use two sticks at once – one replicating the keys 1-5, the other 6-0.

At a technical level, and I’m barely a machine code coder so bear with me, communicating with the interfaces was just as simple for each. You read hardware port 0x1f for Kempston, and either 0xf7fe or 0xeffe for the two Sinclair ports. However, as a BASIC programmer (which I’m infinitely more proficient at, I mean, have you not seen Octopus Lite?) reading joystick ports is slightly more complicated and unusual. Not so with Sinclair sticks as they register as keys, so a quick INKEY$ is all you need.

However. It was much, much easier, and cheaper, to get hold of a Kempston interface (not least because the official Sinclair ones also did other things besides just provide joystick sockets) so that’s what most Spectrum owners did. Kempston became the de facto standard for Speccy joystick interfaces, with some games equating the term “Joystick support” with support for the Kempston interface, and so effectively Kempston was best just for that reason.

Sinclair may have been more useful, but Kempston was King.