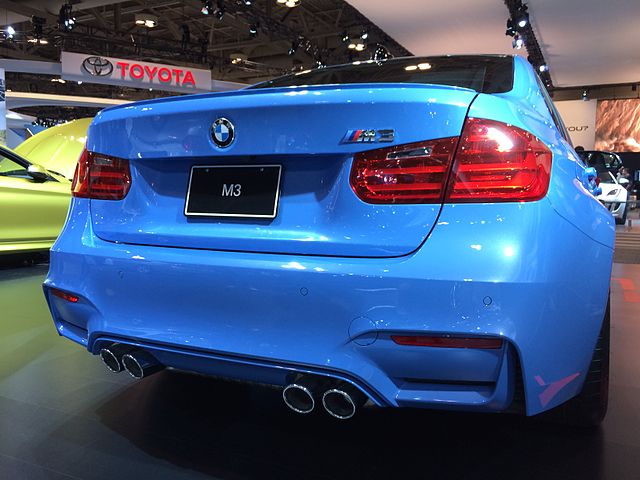 Most of the, er, unusual characters that I come across are during my daily lunchtime constitutional. Like the guy I saw a while back, trying to operate an iPad as he walked along: Not an impossible task, but as he had one arm strapped up in a sling, it was quite the sight. Or the man who rather than let his dog poo on the grass and then pick it up, just put his hand in a poo bag and caught it as the beast expelled it. Why would you do that? People are strange.

This event occurred about a month back. It wasn’t a warm day, and had been raining (and was due to rain some more), so I found it a little odd that someone would be washing their car. Except that wasn’t quite what they were doing.

The rear of a blue BMW was poking out of a garage and a woman, in what I would brave to suggest as her mid 40s, was squatting down behind it. She was cleaning what I presumed was the bumper or the licence plate or something. Only when I got nearer, I discovered she was actually cleaning the exhaust pipe. Gripping round the pipe, polishing it. Up and down the length of the exposed metal. Up and down. Gripping. Up. And down.

I suddenly felt like I’d inadvertently caught someone in the shower, but before I could look away, she looked at me. Our eyes met. She continued to “clean” the exhaust. I felt embarrassed and she gave me a glare that clearly said what the hell are you doing looking at me you pervert.

I broke eye contact and continued on walking, but out of the corner of my eye she was still watching me, and still very much enjoying being the owner of a blue BMW.

With a very, very shiny exhaust.