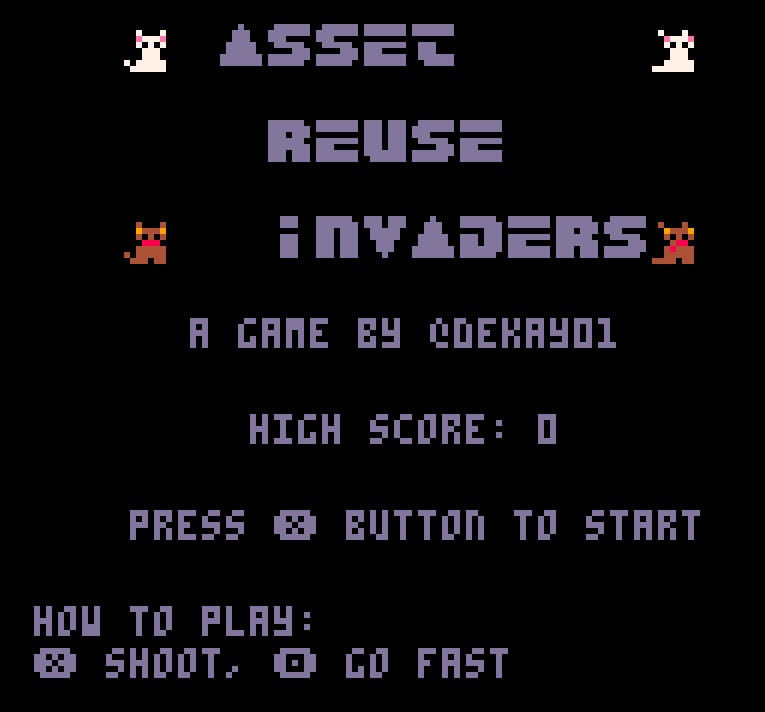 Yes, you are right: I haven’t done any gamedev stuff in ages. So here’s something I’ve prodded at recently but have had in my head for a while – a totally unnecessary Space Invaders clone.

I thought it would be good to figure out how to write one, with all the fun routines for updating all the invaders at once, having multiple bullets, and so on. It’s a bit easier to work on a “how” when you already know where you’re ending up!

To speed things along, I’m reusing the assets from my “Cat. And Sometimes, Dogs” game from a few months ago. If you need some rationale for this besides laziness, pretend it’s a sequel or something.

So far, I’ve managed to make the invaders (cats) march towards the bottom of the screen and also fire up to three shots at any one time. There’s a lot left to do, but it’s amazing how much code I could reuse from other projects. I suppose that’s a thing with gamedev though, isn’t it.

Here’s when I made a bit of a mistake:

See if you can tell what went wrong there. If you want to have a play on a more working version, with no collision detection, then see below!