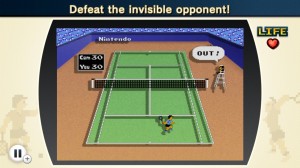 I’ll say now that I don’t have all 600 (I presume) stars. I also don’t have all of all the stars for the Remix I, II and Bonus Modes. I definitely don’t have all the Three Rainbow Gold Stars for everything either. However, I consider the game completed and everything left is “extra content”. 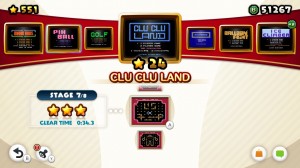 No, that’s not a cop-out either. I have managed to 3-star all of all the individual game challenges, netting me a gold frame around each title screen. I even managed to 3-rainbow-star one of the games. I’ve also managed to get at least 2 stars for each game on Remix I, and 2 or 3 stars on all bar one challenge on Remix II. Importantly, I passed the credits screen after finishing Remix I so technically I finished the game there, I suppose. 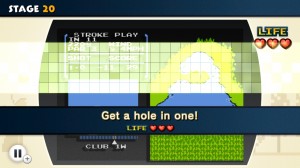 There’s only Bonus that I’m missing some challenges on. Most of them are because they’re not yet unlocked (I have 551 stars, and the next challenge unlocks at 560), but two are because they’re impossible. Namely the “beat an invisible opponent” Tennis one (it’s not hard because he’s invisible, it’s hard because aiming is impossible), and the “get a hole in one” Golf one – I can’t even get it on the green, never mind in the hole.

So while I’m sure I’ll attempt and reattempt some of the as-yet not 3-starred challenges, for now I’m calling the game completed. I’m certainly not going to try and get rainbow stars for everything, that’s ridiculous.