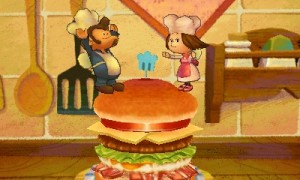 Well, this is it. Not only is the final game in the trilogy complete, but officially, it’s all over for Professor Layton now. Sure, there’s the Layton vs Wright game out in just a few weeks, but that’s not really a Professor Layton game, so doesn’t count.

I’d be amazed if Level 5 didn’t come up with another game though. Even if it’s just a continuation of the series but without Layton in it.

Anyway. Here be spoilers. Read ahead at your own risk! 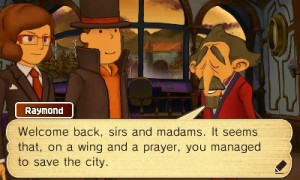 Quite near the start of the game, I’d pegged Raymond as a bad guy. As the game progressed, I realised he was almost certainly part of Targent. I’d also begun to suspect Sycamore had a sinister motive too, but I certainly didn’t imagine the reality of them both.

More twist-tastically, I definitely didn’t see the Emmy reveal coming. I was convinced, due to her never appearing or being mentioned in the original three games in the series, that she was going to be killed off – and, near the end of The Azran Legacy, that definitely seemed likely. But no, the character was something else entirely.

Not only that, but the actual Sycamore, Bronev and Layton triple whammy? Off the loon charts. Astounding. 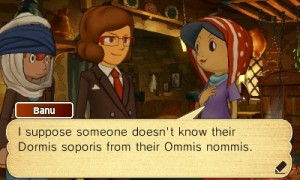 As for the actual game, it was the usual fare. Shorter than previous chapters in the series (I clocked it at under 15 hours, and several of them were doing the downloadable puzzled), although I’ve not 100%ed it, and almost certainly the easiest; The lack of 75 and 99 Picarat puzzles on the final straight made the ending of the game appear sudden, and there were virtually no slide puzzles (my Achilles heel) to speak of. Having said that, for the first time in any Layton title I reached one of the “you must have solved X many puzzles to progress” points, and came up short. I only needed a quick trip to Keats to solve three missed puzzles to fix that, though. 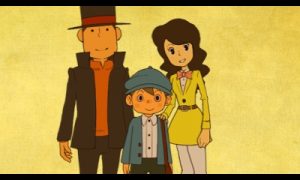 I’m not sure I like the idea of a Laytonless future now. You could argue the formula has run its course, and 6 consecutive years of puzzling with a man in a top hat is enough, but still… end of an era.