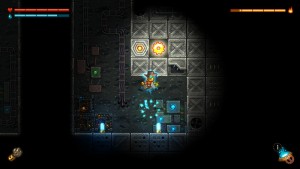 And with just under five hours on the clock, the evil electronic consciousness was beaten and my mining days were over.

My memory had placed several other bosses in my brain from when I played the 3DS version. They weren’t in the Wii U one, so I suspect my mind was playing tricks. Or I was getting confused with something else (god knows what though). Or they were optional and I somehow avoided them? It’s a mystery.

Pretty sure I finished this in a slightly shorter time than on the 3DS too, although that was to be expected. It was still a lot of fun, and I’m glad I played it again (and it was over a year since I last did anyway), but there’s really no difference – phantom bosses notwithstanding – between the Wii U and 3DS versions.