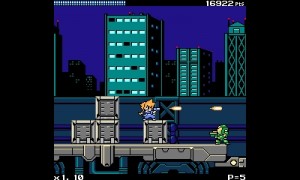 Since I’ve recently become a fan of Mega Man games, I have been looking forward to the release of the 3DS game Azure Striker Gunvolt. It’s supposedly a spiritual successor to Mega Man. What’s even more interesting is that an 8-bit style version of it, Mighty Gunvolt, came free. I was looking forward to that even more.

And here it is, and 40 minutes later, there it was. Completed. 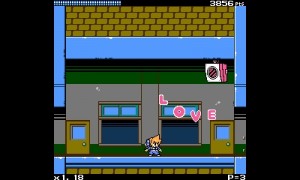 OK, so it’s short and pretty easy. But so much fun! There’s more left to do, such as replay it with the other two characters, each with their own moves. There’s also some DLC in the form of more stages. It’s not expensive, but locking away some of the game that was given away for free, behind a paywall stinks a bit. 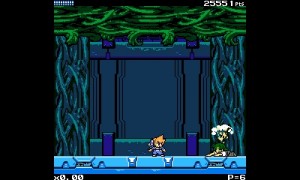 Still, what’s there for free was enjoyable and the bosses were great and it certainly feels a bit like Mega Man. Without the crouch slide or Mega Buster charge attack. Clearly I’m missing some sort of move like the slide, as there are a load of things I’ve been unable to reach. Maybe you can with the other characters?