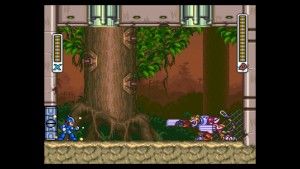 I’ve been playing this off and on since completing Mega Man X2 way back when. Not because I don’t like it, just because I kept forgetting it was there to play. Over the last week I’ve made a more concerted effort to finish it off (much like with Wario Land, actually) as I’m trying to complete a load of games I’ve not reached the end of yet in preparation for when Fallout 4 arrives. Clear my plate, if you will. 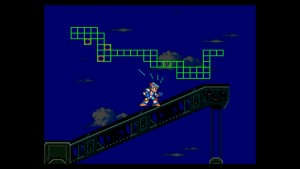 So Mega Man X3 is just like Mega Man X2. Which, in turn, was pretty much the same as all the other Mega Man games before it. Like previous games, you start off mostly powerless and beat boss after boss obtaining new weapons and then finding upgrades around the levels to turn X into a walking tank. So I did that. Once I’d picked the the Gold Armour (which required picking up all the health upgrades and sub tanks too) only the final few bosses even worried me. 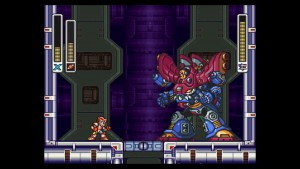 But yes, they did worry me. I’m glad I spent the time getting X as powered up as possible (although I seem to have missed out on getting Zero’s sabre? Not sure how to get that) because Sigma at the end was damn hard. I suppose, looking back of the series, there have been a lot of damn hard bosses, but how you’d beat Sigma (in his second form especially) with only half the energy and only a quarter of the armour, not to mention a weaker X-Buster, I’ve no idea. I went through three sub tanks as it is!