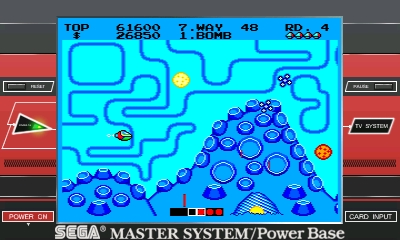 Thankfully, the Master System version was much, much easier and instead of taking eight hours to complete, it took just one. It’s almost the same as the arcade version, only with a couple of boss changes and seemingly a lot more money to collect – which made stocking up on lives and heavy bombs simple to do. 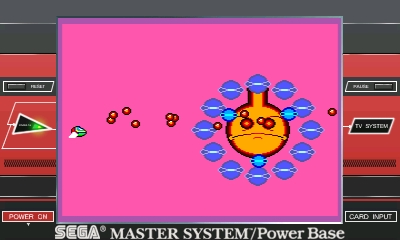 All of the bosses seemed easier as well, especially the final one which took me $hlmun tries before, but just two here. It’s much slower, I think, so easier to avoid and attack.

Now to finish the other nine games! Even though I have half of them already. 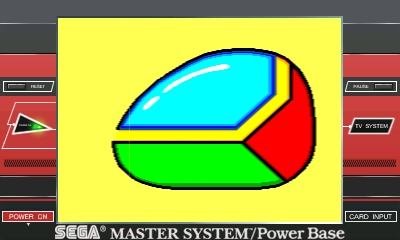 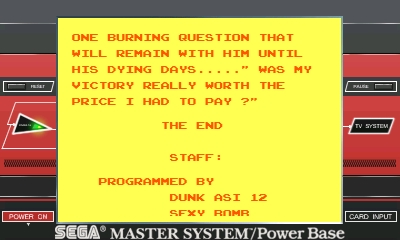