It was never the best of Sega’s arcade games. Impressive as it was, with the hydraulic cabinet and fancy (at the time) scaling sprites, I never really found it very much fun. I bought the Mega Drive “Super” version, which had neither of those selling points and it was dire. I wasn’t expecting much from the 3D update. 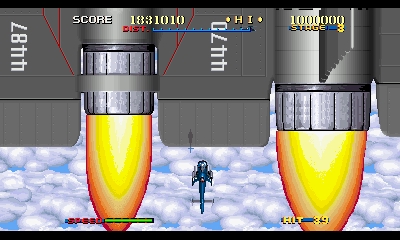 And I was right. It’s pretty poor. The 3D works well, and it has all the nice touches other games in the 3D Classics series have, like tilting display and “cabinet noises”, but it’s short, easy, and boring.

Much easier than Super Thunder Blade was, in fact. Not sure why that might be, but I’m sure that was a lot longer. I certainly never completed it, anyway. I don’t think I’ll be playing this again – the into the screen levels are fun but very short, and the vertically scrolling bits aren’t a patch on other shoot ’em ups. 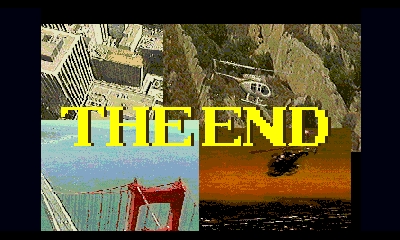