Another of the complete, almost but not quite standalone Lego Dimensions expansions finished!

Adventure Time was even better than the Back to the Future one – longer, more “fan service”, funny, and so on. There was a bug about two thirds of the way through which made the game crash each time I reached that bit, but aside from that it was excellent. 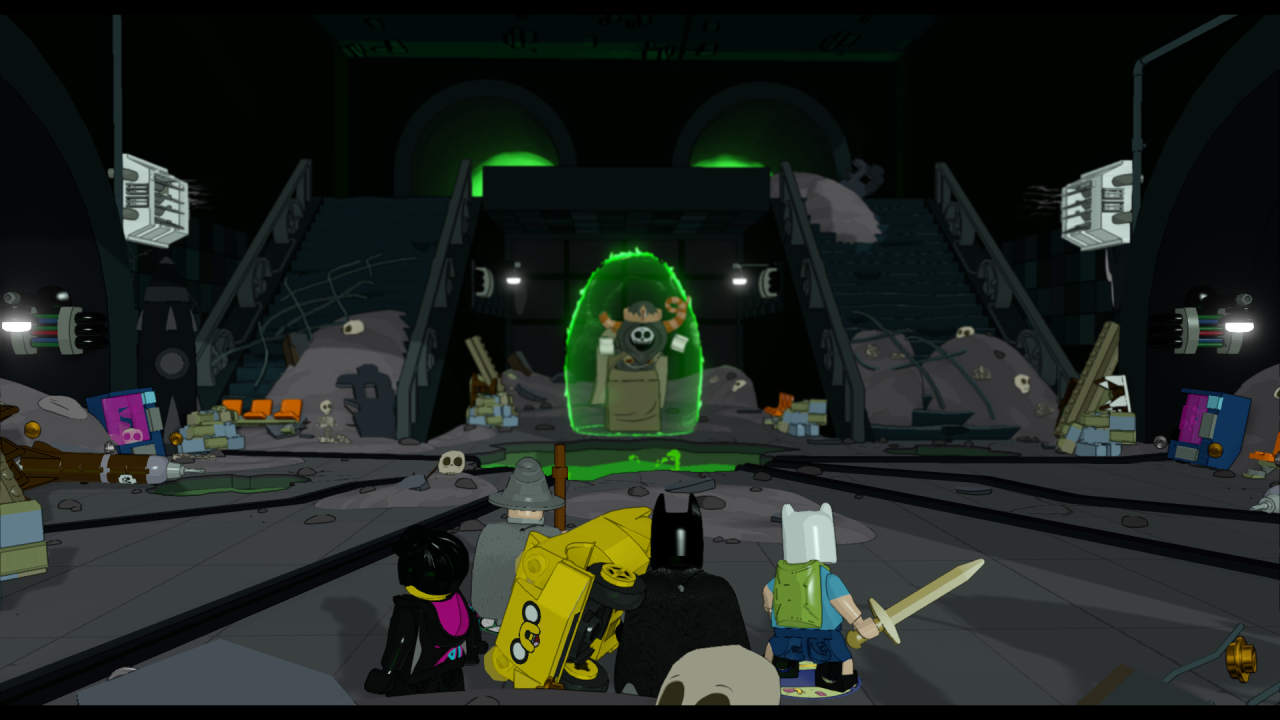 I also loved the cel-shading effect on the graphics. It was also used in the Scooby Doo secton of the main Lego Dimensions story, but here – perhaps due to the colour palette being generally much brighter – it really stands out. At first it looks a little odd, but you soon get used to it.

My daughter and I also played the Adventure Time hub world a bit too. That is also fantastic, not least because of Lemongrab, who makes an appearance. Also: toilets.