No, not the new film and the (much longer) level pack: this is the original one with Bill Murray in. As with other level packs, this takes an abridged look at the source material. There’s the fight with Slimer in the hotel, some stuff in the streets of New York, and then the face-off with Gozer and the Stay Puft Marshmallow Man. 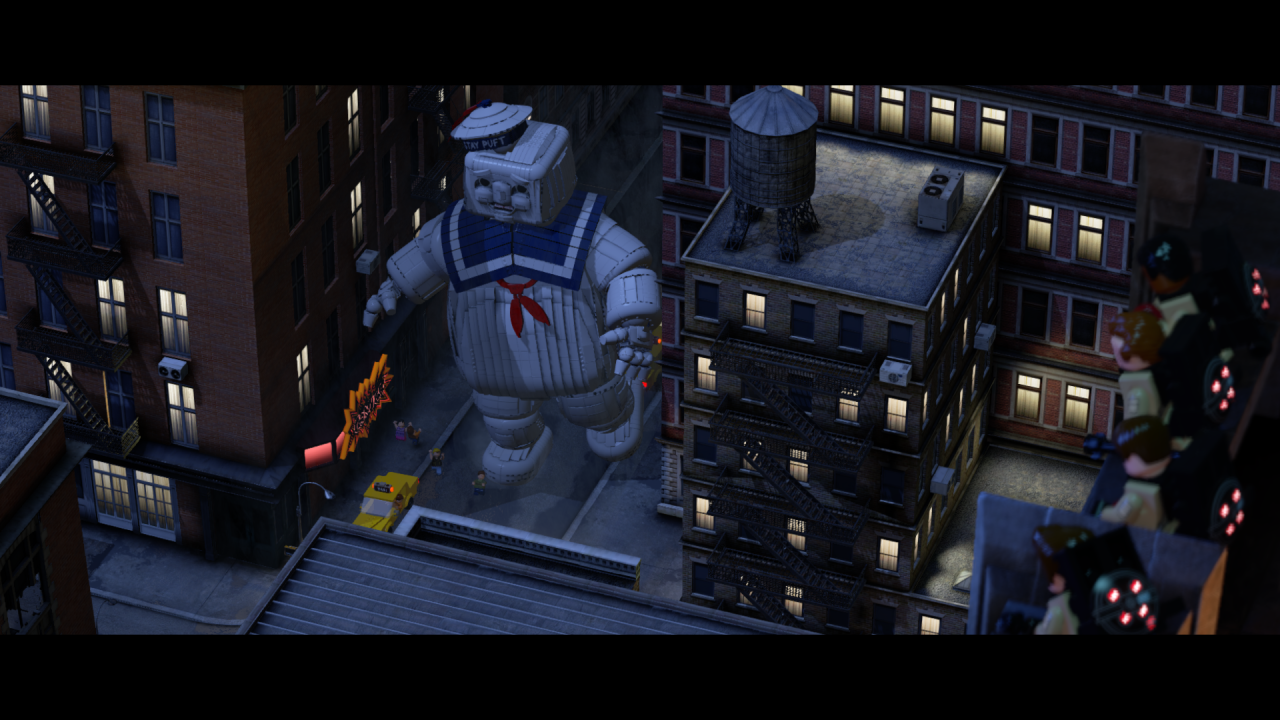 The only Ghostbuster available (at least, unless you can unlock more in other packs?) is Venkmann, and there are very few places elsewhere in the level where you need to use other characters. In fact, I didn’t even put Batman on the portal. The Ecto-1 physical model is great, even if it doesn’t offer anything you can’t already do with the Batmobile, but the ghost trap does something new: You collect ghosts with Venkmann’s proton pack and then “steer” them into the trap. Just like in the film! 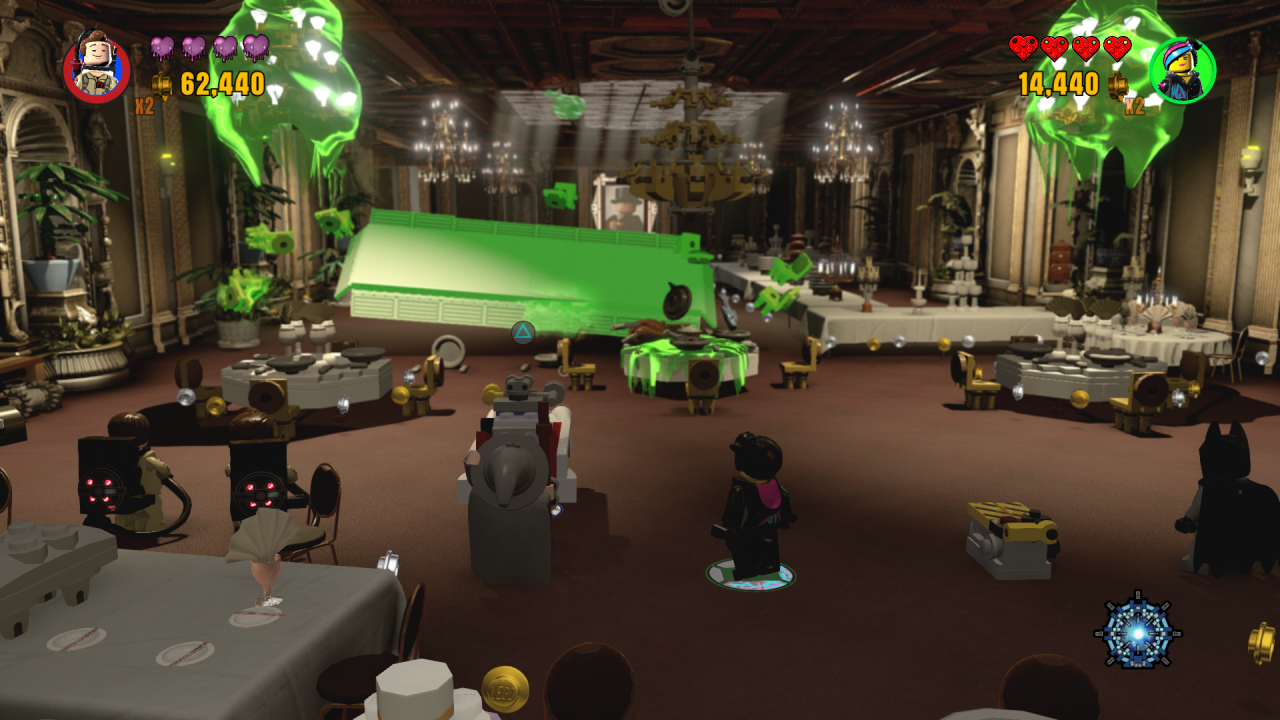 It’s full of audio straight from the source, and there are some funny additions.

Current status: Adventure Time > Midway Arcade > Doctor Who > The Simpsons > Ghostbusters > Back to the Future.