Marvel Land is a game I had as a kid, but never completed. A while after the original release, it appeared outside of Japan as “Talmit’s Adventure” or something, but I always preferred the Japanese original. So the Japanese one is what I played through here.

It’s a happy fun blue skies platformer with slightly slippy physics. You know the sort – where floors don’t have quite enough friction when you land. It certainly took some time to get used to. Marvel Land’s “thing” is the bizarre attack you can perform by flinging copies of yourself around yourself. You need a power-up to give you a “chain” of clones, and then by pressing up or down you spin them around you, collecting items and attacking baddies. It’s very odd. 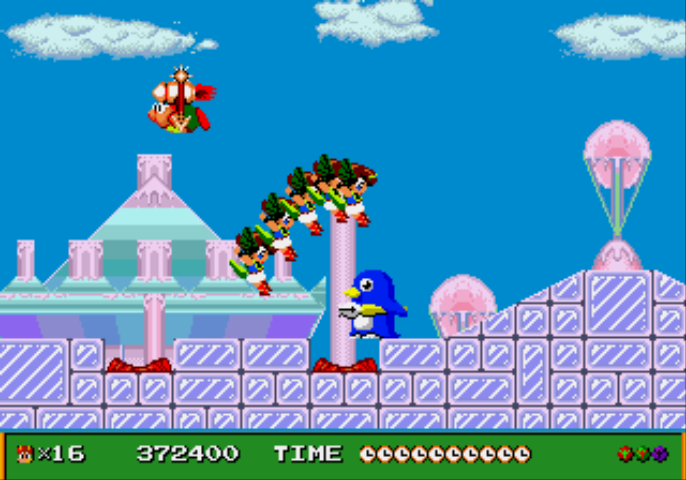 Sometimes, you can use these clones to grab a node, which lets you swing around and cross gaps or jump high. The more clones you have (attacking with them depletes them) the higher or further you go.

The other “thing” with Marvel Land is all the warp doors. As is common in many platformers, there are hidden (literally) or hard to reach doors that warp you to other parts of the level or even other levels. Nothing out of the ordinary there. Only in this game, some of the warps take you back to the start of the level. Or back a whole level, or several levels. There’s one particularly evil one in the penultimate level. It takes you right back to the very start of the game. I’ll not deny I reverted to a save state for that one. 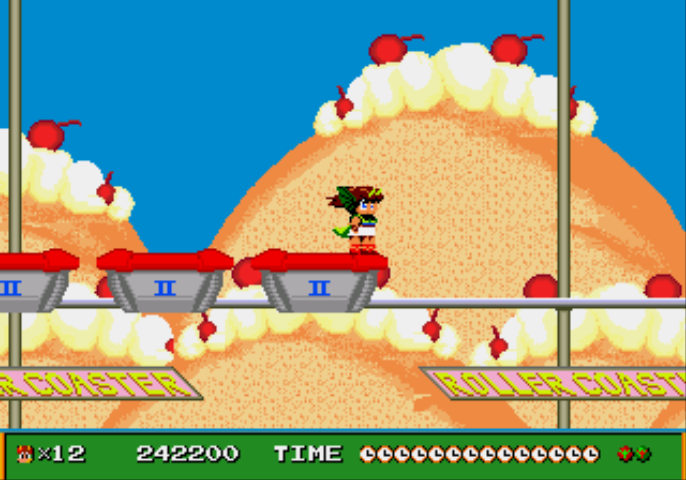 Boss battles are a bit strange and thoroughly Japanese. One involves playing Janken, another is a bit Whack-a-Mole. Only the final boss actually involves a fight of any sort!

Marvel Land is a fun, happy, difficult, nonsensical platformer. It reminds me a lot of Magical Flying Hat Turbo Adventure, and that’s a good thing. 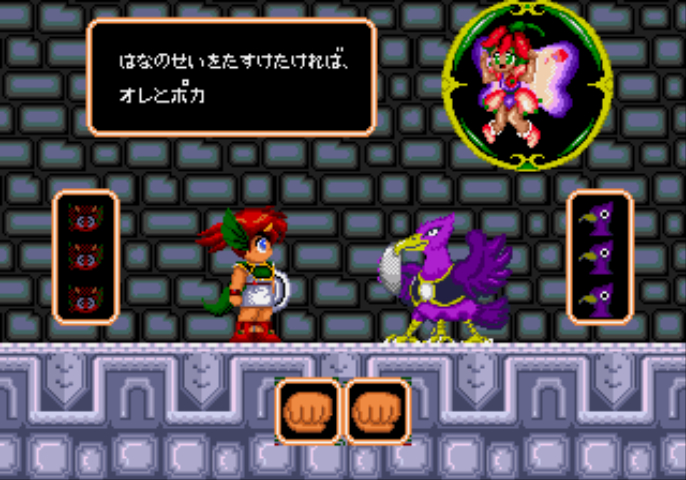