I was very much hyped for Golf Story, when it was first announced, and I leapt on it the moment it hit the eShop. Unfortunately, Stardew Valley came out just a week later so I only managed to get halfway through it. Until now.

The mantra of Golf Story seems to be that everything is golf. It’s not a full-on golfing game despite being entirely golf based, instead being a story driven adventure game. With golf. It has chatting and fetch quests (some of which involve golf). Slaying the undead (using golf), feeding birds (golf), melting frozen people (golf) and collecting ore (guess what? Golf). Golf. There’s even a mini-game which is almost a remake of the old NES Golf game, only that’s called Galf. 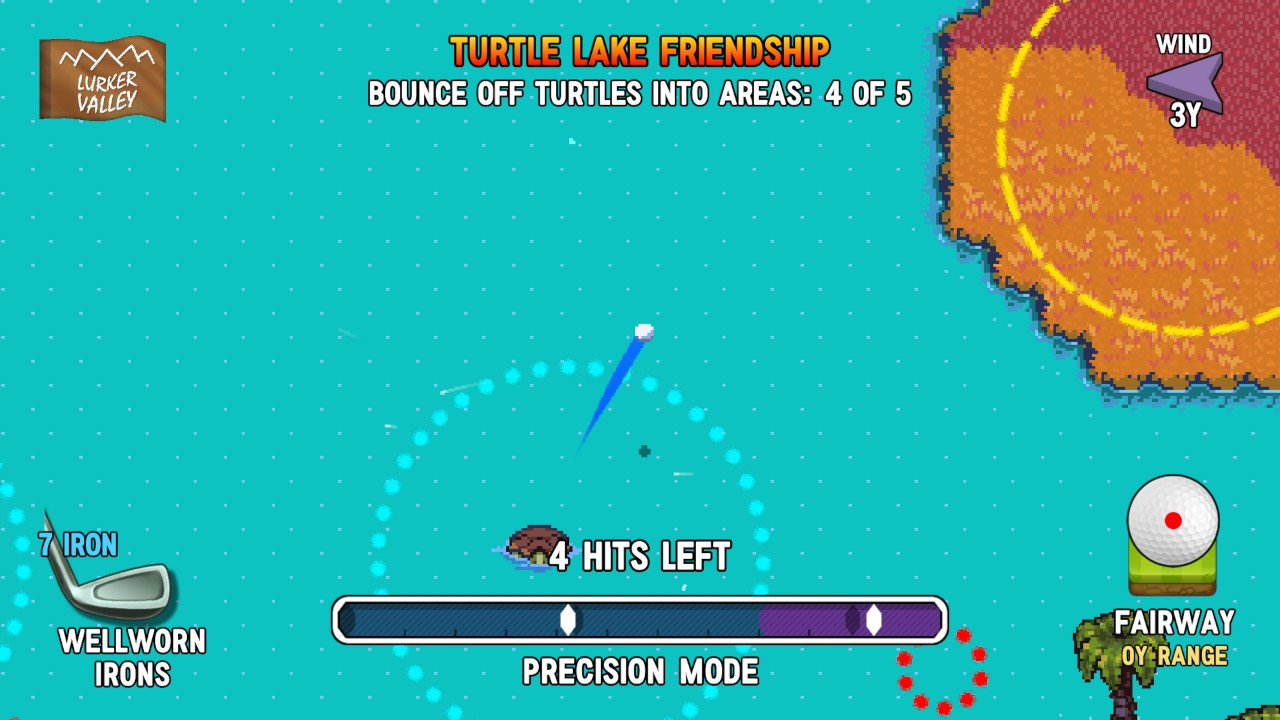 Then there’s the actual golf. Several varied 9 hole courses, each with gimmicks like ice, or turtles in the water you can bounce the ball off. Different clubs provide extra “powers”, such as super-high chipping, the ability to skip the ball across the water, or better control wedging out of a puddle. Despite these unorthodox abilities, Golf Story’s golf is surprisingly standard video game golf. It feels like Sensible Golf, or the old 16-bit PGA Tours, with the controls, spin and swing bars all intact. You always feel in control but a slightly mistimed button press, or a miscalculated wind adjustment and it can all go horribly wrong very quickly.

As you progress through the game, gaining access to each course, you play other NPCs in stroke and matchplay competitions. Despite each opponent being awful at golf (even the pros) mainly because of the style of play they focus on (Max Yards has no short game, the old folks from Tidy Park always play safe and have no range, etc.) somehow they remain challenging enough. Not least when your up until now foe had been hitting bunkers and trees without pause then suddenly gets a slam-dunk albatross hole-in-one due to a bizarre sequence of awry bounces and rebounds. Thankfully, they’re not unbeatable. Although the final tournament at Blue Moon Dunes was almost enough to end me. 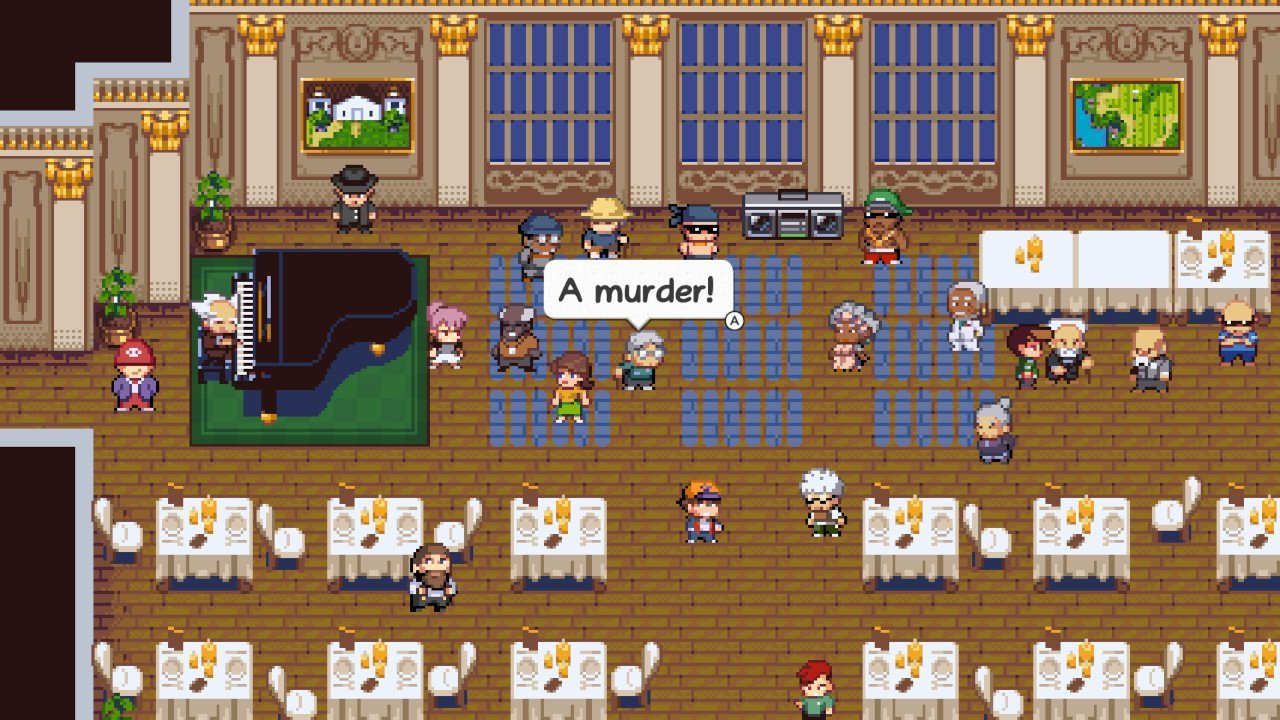 Golf Story’s humour, unlike this upcoming pun, is above par too. Sometimes games can be a bit tryhard at making the funnies (see Undertale, to a degree), but Sidebar Games didn’t go overboard. There are pop culture references, sure, but they’re reigned in and it’s the quirky characters and their dialogue that makes it work. Coach’s constant putdowns, the TV guys interviews and inane drivel from the interviewees, and the totally out of place rap battle between the yoof thugs and the Tidy Park elderly gentlemen being some of the highlights. 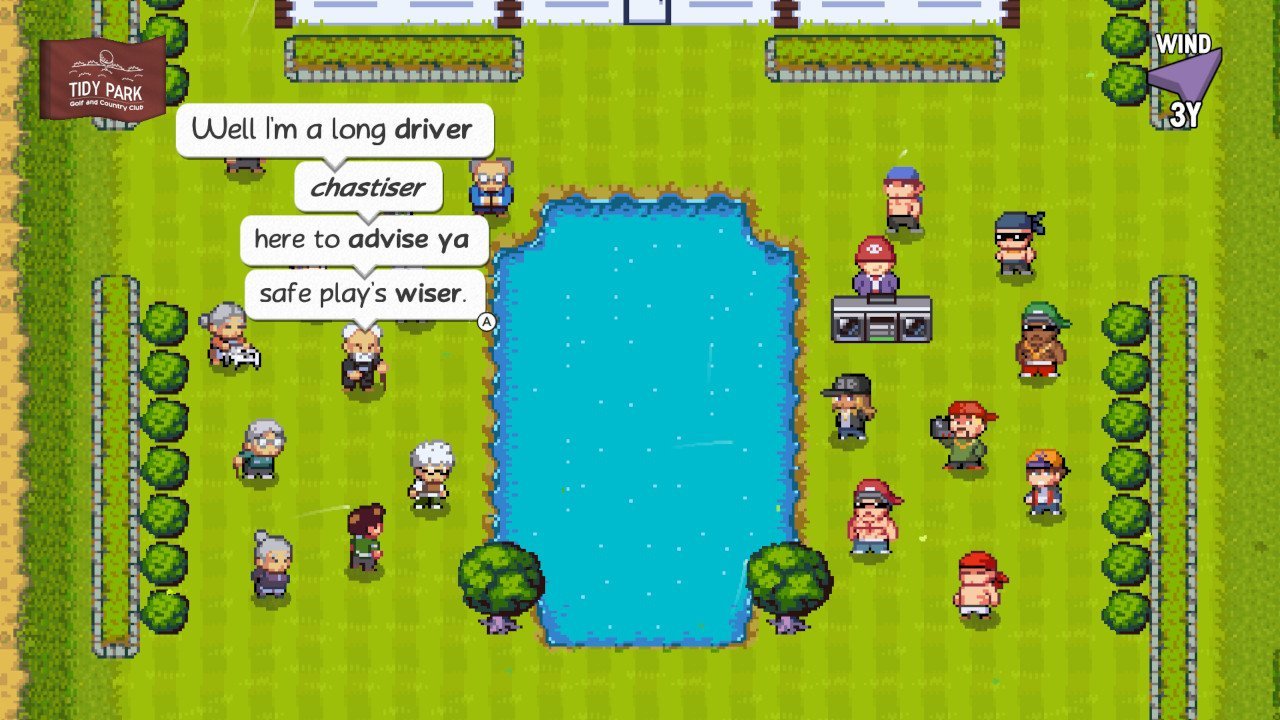 It’s hard to find fault with Golf Story. There’s the odd bug (including a repeatable one where running between rooms sometimes causes you to get stuck in the “void”), some of the “find x of these things” quests are a bit tiresome as invariably one of them is impossibly well hidden or in a different area entirely, and there are the odd graphical glitches, but there’s nothing to ruin it. Or even put a visible dent in it.

Even if you’re not into golf, you can’t fore go playing Golf Story. And that was the worst pun ever, badly shoehorned in at the last minute. Sorry. 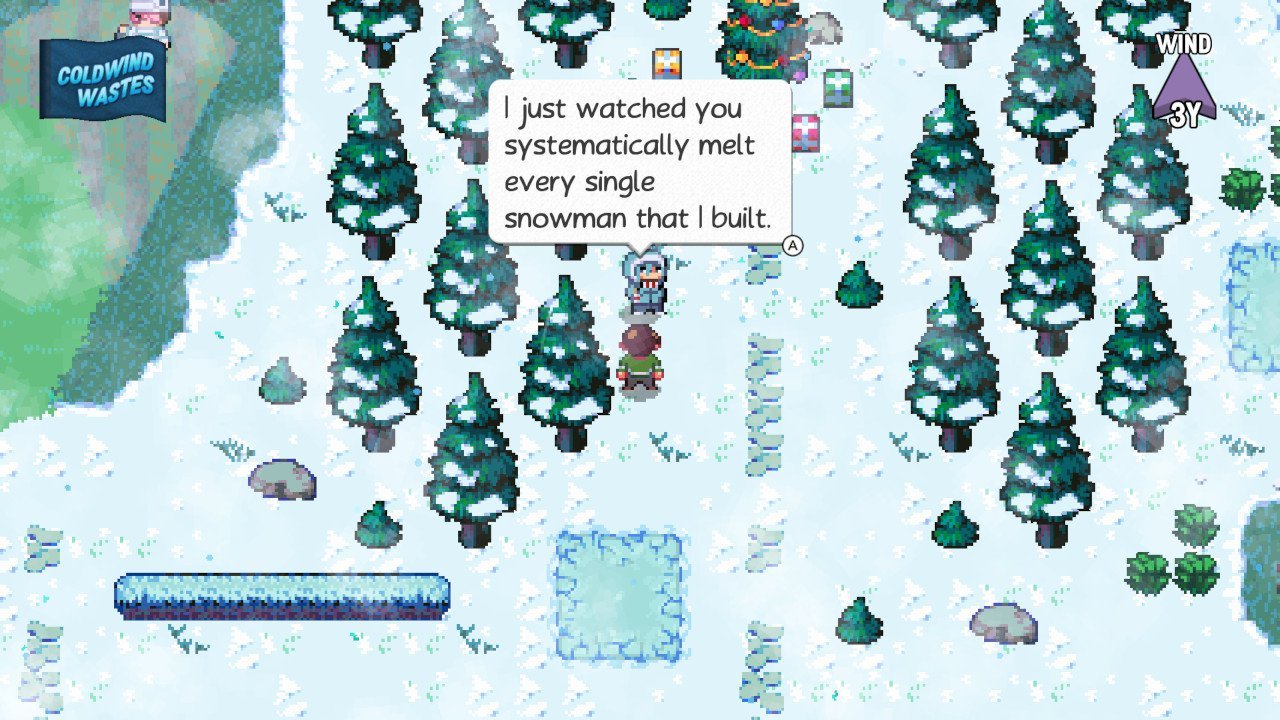