I am fully aware that the main point of Splatoon 2 is the online component. In fact, I’m sure – like I was with the first game – that the single player mode exists simply because Nintendo has a “Single Player Mode” box that needs ticking somewhere.

But – again, like the first game – the single player mode is excellent and sorely overlooked by so many. In Splatoon 2 it also acts as a fantastic tutorial for the different weapons in the main, er, online game. 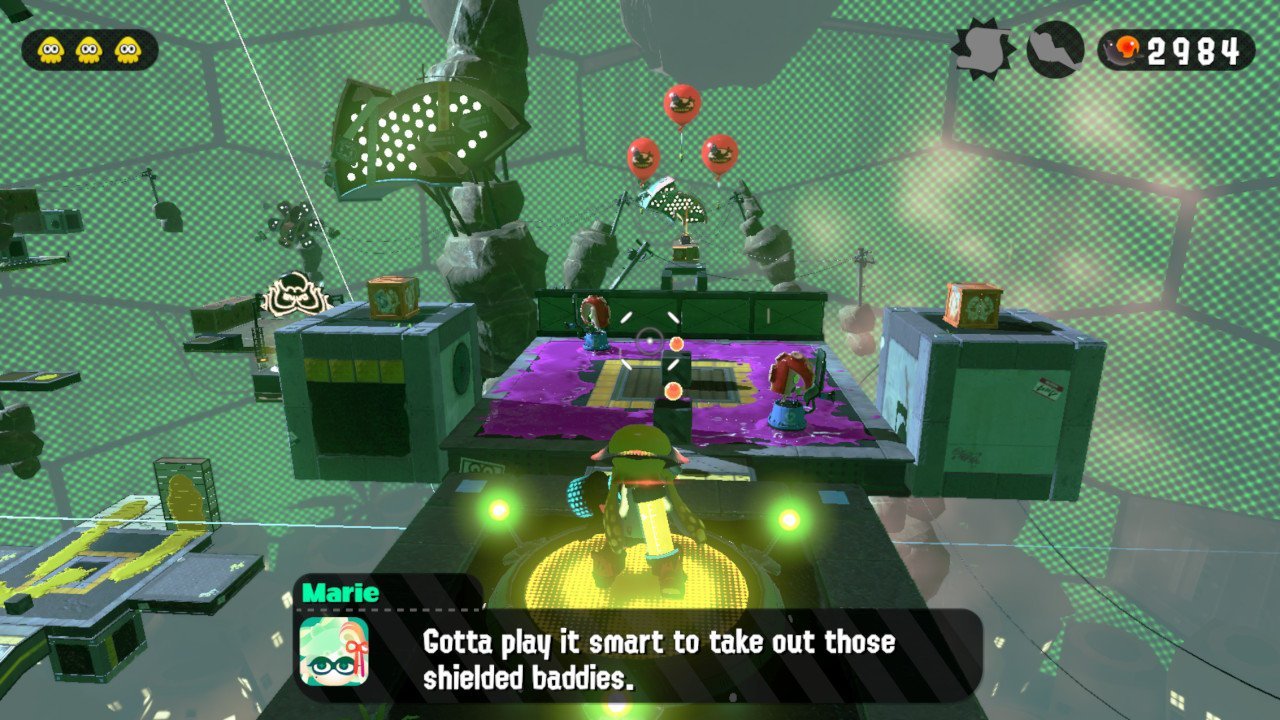 It plays out across five themed worlds, with each containing 6 or so levels. They’re inventive platforming, shooting, or puzzle based challenges – up there with 3D Mario games in many respects. A number of types of enemies, giant rolling balls, car wash rollers of ink, invisible platforms, hidden items – it has it all. At the end of each world there’s a big boss battle.

Generally, I found the levels themselves more difficult than those in the original Splatoon, but the bosses were far, far easier. Which is good, actually – some were too hard before. 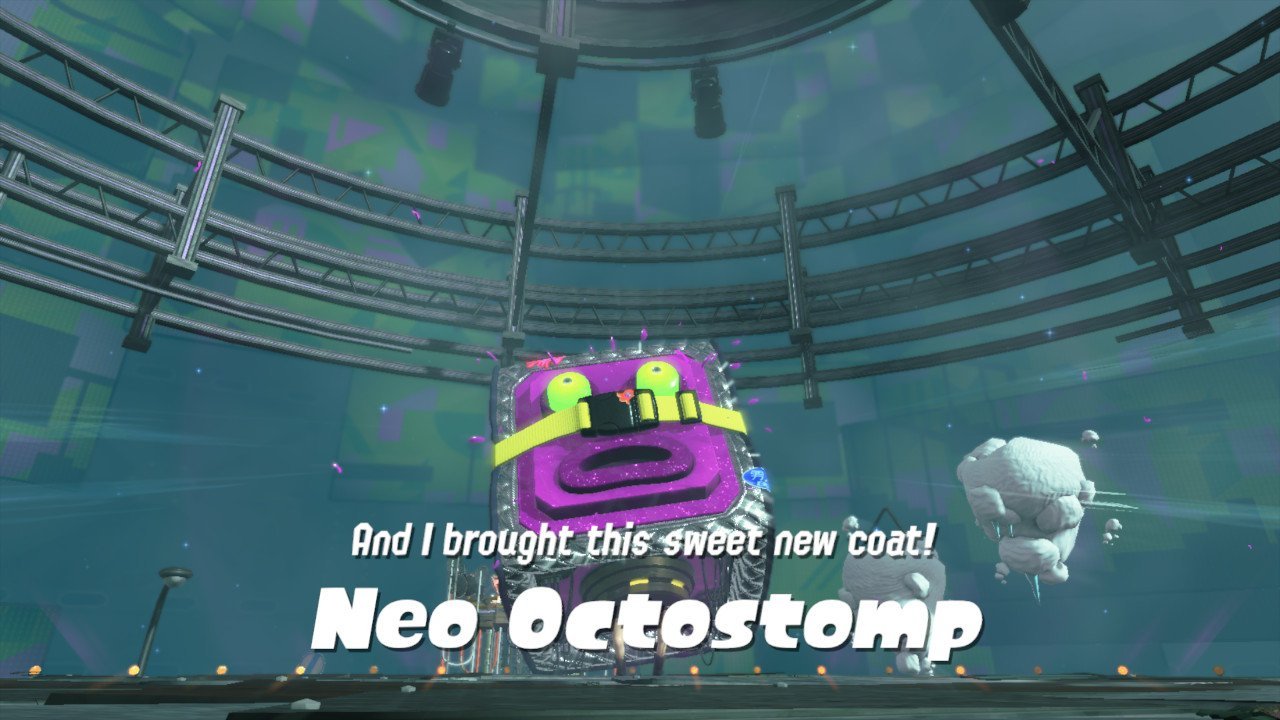 So it’s short, it’s fun, and it could quite easily exist as a game in its own right. But now, I think I should play online a bit.