Perhaps the easiest way of describing Fairune 2 is “Fairune only more”. More enemies, more puzzles, more areas, bigger maps, more items, more on-screen, more lore, more everything. It’s a lot longer too, as it took me six and a half hours to complete – compare that to two and a half for the first game.

That all said, it’s pretty much the same idea. Bump into enemies to kill them, find items to open up areas of the map, look out for hidden paths and secrets, and Save Keys to Open Doors. There’s just, as I said, more of it.

I enjoyed it more too. Certainly, I spent even longer wandering the map(s) trying to reach areas I’d not been, but once you’ve levelled up enough there’s very little to kill you while you do this. In each of the three main worlds there’s a ring you can obtain which lets you walk on sand, water or ice, and as a result these create shortcuts and new routes. You even have to return to earlier areas with your new abilities. Metroidvania? Er, sort of. Maybe. 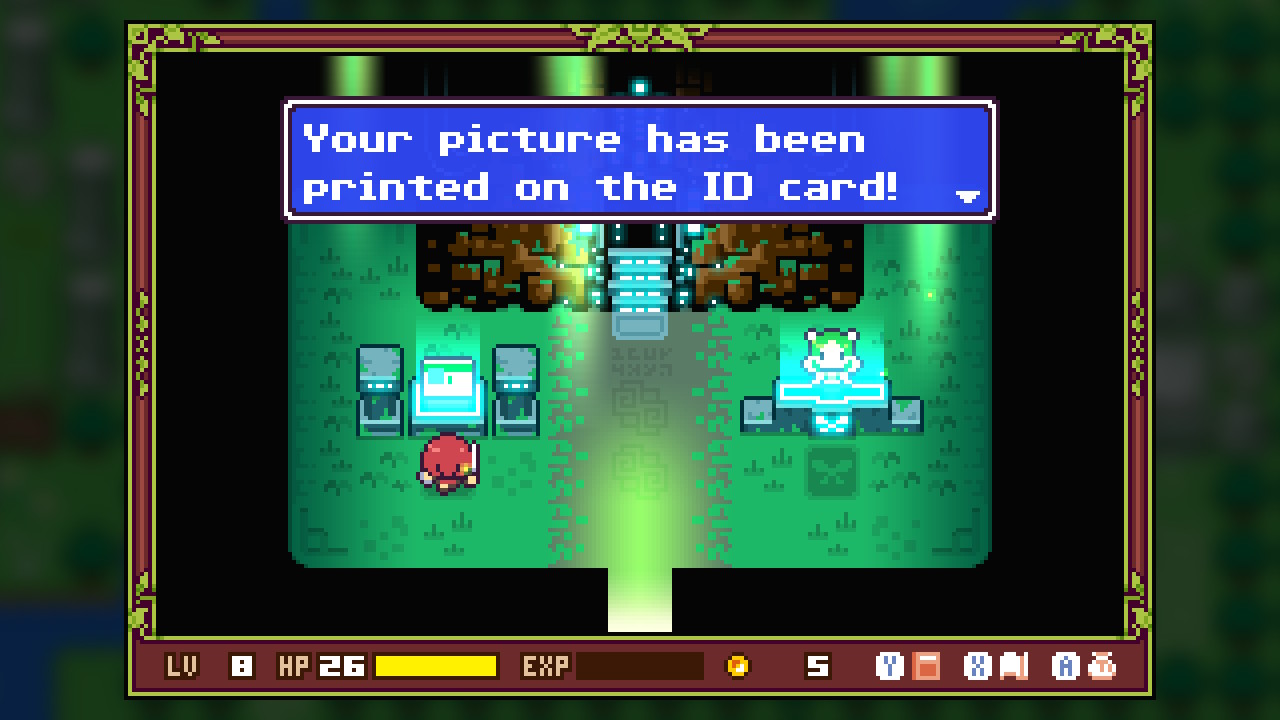 There are some really clever hidden-in-plain-sight puzzles (clue: keep an eye on the map!), and some really nasty hidden-a-bit-too-well areas. You absolutely have to keep your eyes open constantly – pillar or light layouts aren’t necessarily just incidental, they might be the solution to a puzzle. Examine every wall for unusual shadows or markings – it could be a secret path. Floor a slightly different colour or a tree trunk a different shade of grey? Might be a secret!

Great as these “secrets” are, unfortunately they’re not optional. You must find them all in order to progress, and it’s here the game falls down a little – especially in the final world where they’re even less obvious. 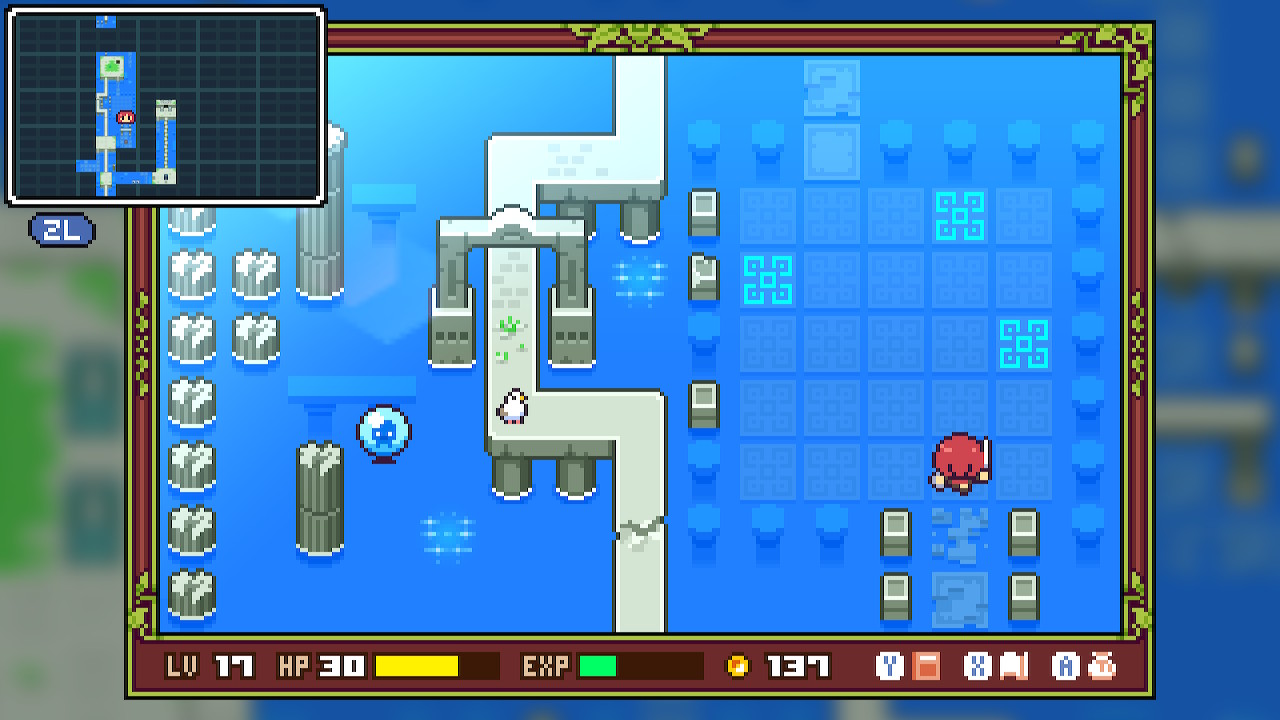 Still, Fairune 2 is a lovely little game and an absolute bargain in this collection on the Switch.