I’ll be honest, shooters are not really my bag, and I was never a fan of Uridium, which this is clearly a modern(ish) update of. Sure, there are shooters I do like, and I’m a fairly recent convert to the Church of Fantasy Zone, but I’m just making my stance clear.

I bought Hyper Sentinel because it code me about three pence. And that’s not even an exaggeration – it was 9 cents on the US eShop, and I had some Gold Points to bring it down even lower. The first few attempts at playing it were foiled by a crash-to-black screen, but eventually, I managed to get past that. 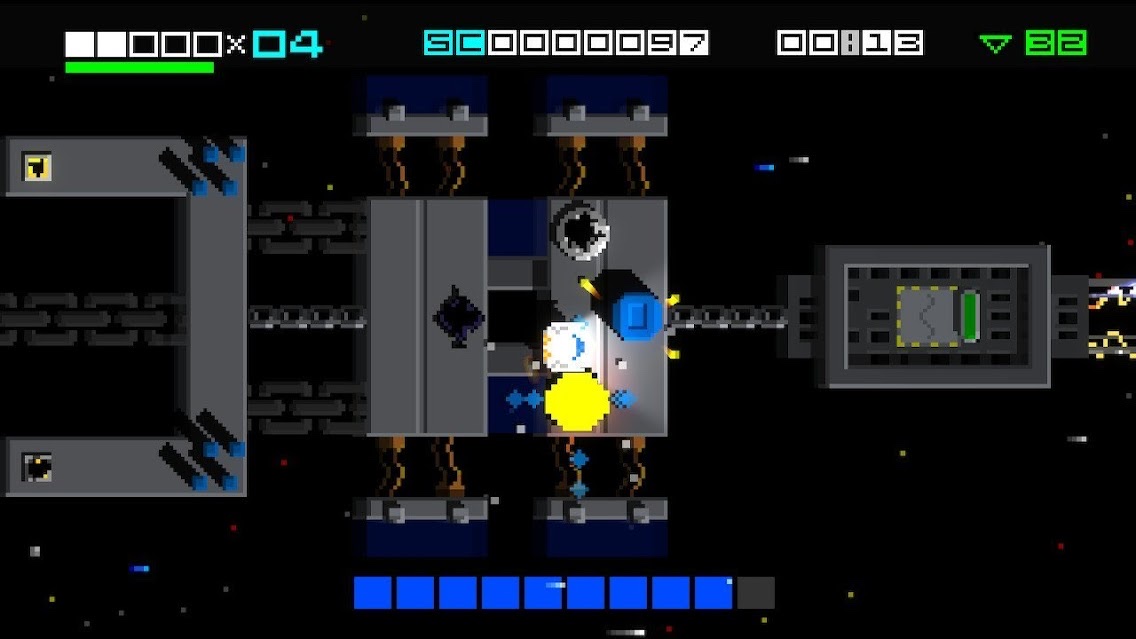 Each level is one screen high and several screens wide, with a sort of space ship or something that you fly over. The aim is to shoot all the targets on the ship, which triggers a boss fight. Beat that, and you do the next level. Do all 13 levels, and that’s it. And that was it – it wasn’t hard at all.

I think the point is, well, points. It’s an arcade game so you play it like a score attack, which isn’t really for me. I’d have preferred more levels instead, but what is there was fun enough. 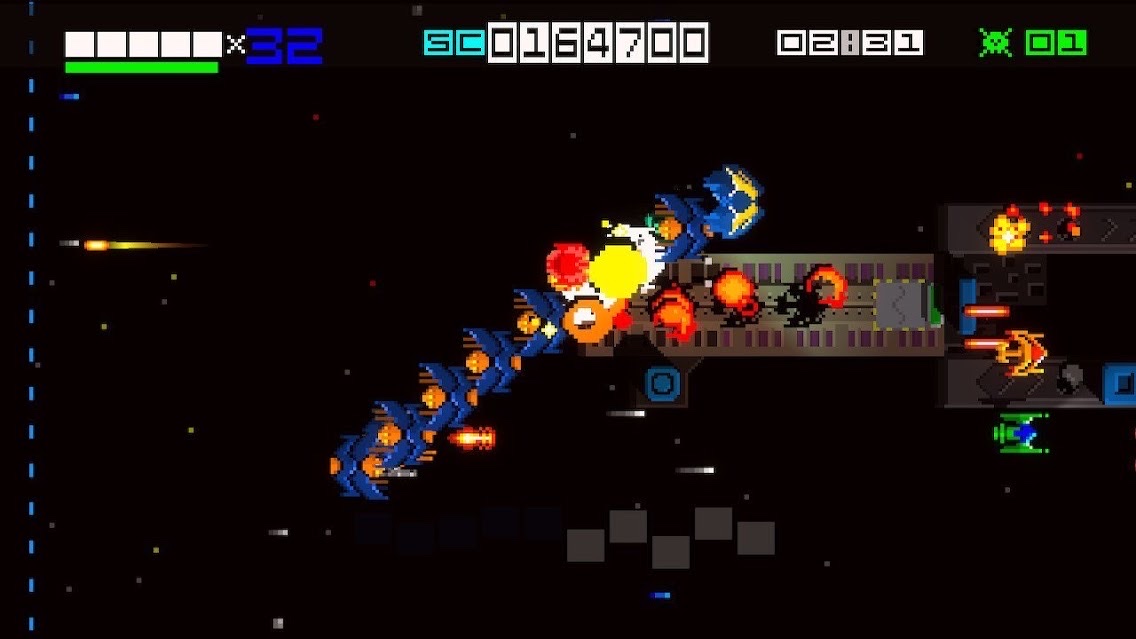