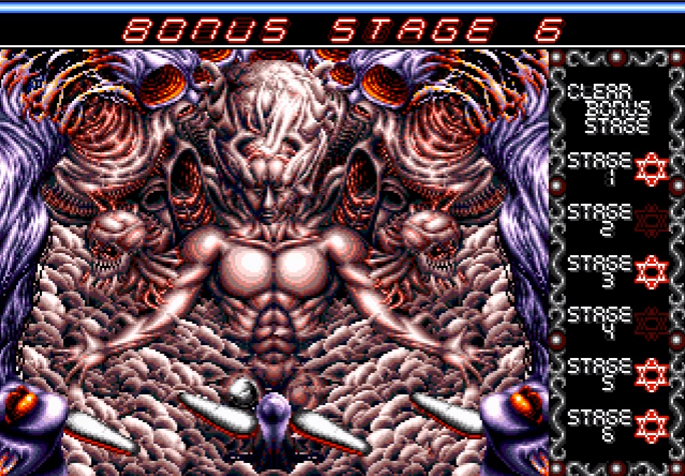 Could you imagine if I said that the best D game for the Mega Drive was Dark Castle? Wouldn’t that be a fun little jape? Dark Castle with its utterly terrible control scheme and the way you can die by tripping over a pixel-high step. Hahaha! That would be hilarious.

No, instead I’ll do it properly.

There are quite a selection of decent D games. One of the first I owned was Dick Tracy, which doesn’t play very well now but at the time was an unusual 2.5D platform shooter, not unlike Batman but with baddies in the background you had to shoot with a tommy gun, Cabal style. It was very stylish, but oh has it aged badly. Dr Robotnik’s Mean Bean Machine loses out because it isn’t Puyo Puyo, Dino Land is a fun but flawed pinball game, and Double Dragon is a classic, but alongside Streets of Rage or Final Fight it doesn’t stand up. Dune II is an excellent game but fiddly on the Mega Drive, and Dragon: The Bruce Lee Story would be a contender if it wasn’t so limited – you can only be Bruce!

They’re the also-rans, what’s the shortlist? 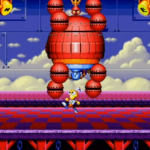 Dynamite Headdy is, not least because it’s made by Treasure, an excellent platformer. You gain power-ups that swap your head out for others with special skills, the graphics are amazing and colourful, and – like most Treasure stuff – it’s full of incredible ideas, bosses and effects. 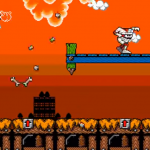 Decap Attack is another head-based platformer. This time, you’re the terribly named Chuck D Head (go on, guess what he does), who travels through many levels that suspiciously look like those in Psycho Fox and Magic Flying Hat Turbo Adventure. Oh wait! That’s because it’s by the same people and is similar on purpose. It’s also fantastic. And the title is a great pun. 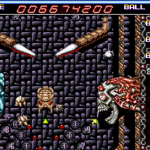 Dragon’s Fury, also known on other platforms and/or in other regions as Devil’s Crush and Devil Crash (luckily, all D games) is an excellent pinball game. More organic and less metal than C’s Crüe Ball, but I didn’t enjoy it quite as much. It’s still a worthy title, however.

I would suspect most people would suggest that Dynamite Headdy was the best of those three, but I’d like to point out that those people are Wrong. The correct answer is, of course, Decap Attack. Dynamite Headdy may look more impressive and probably hasn’t aged as much, but Decap Attack was a revelation to me and has always been one of my favourite Mega Drive games. The nonsense, the setting and the power-up capsules you collect. The giant frog boss. I loved it all, and although it’s a little creaky now, I still do.