Somewhere, over the rainbow. 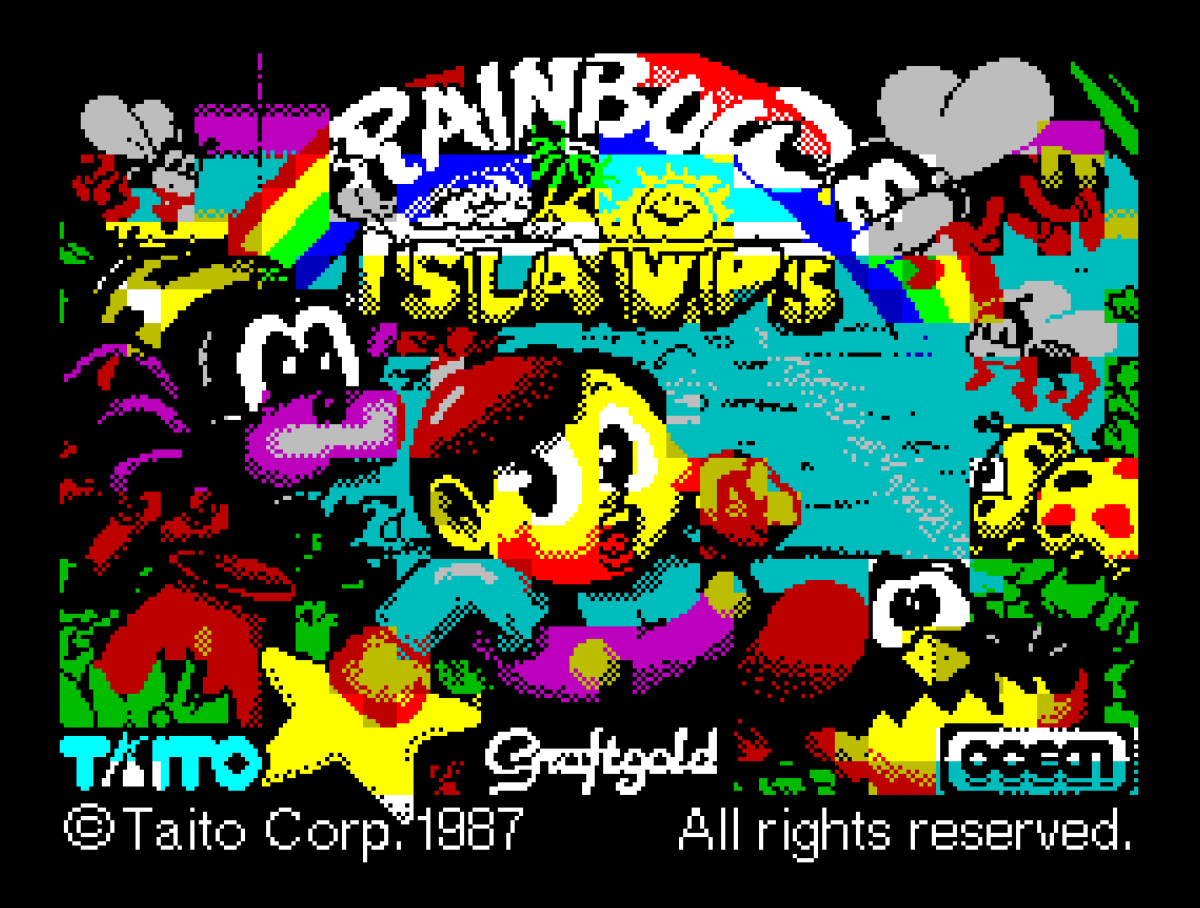 Recently, I played and completed the Master System version of Rainbow Islands and found it a lot easier than I remember the Spectrum version (the only other one – besides the arcade – I’d played). Perhaps my memory was faulty or I’d missed something previously that I now knew about how to play the game well.

No, I’m still crap at the Spectrum Rainbow Islands.

I think Your Sinclair described Rainbow Islands, which is the (or rather, “a”) sequel to Bubble Bobble as a “cute ’em up”, and it’s fair to say that it’s definitely quite cute. The Spectrum lends itself well to big chunky graphics, which the arcade version already had. There’s a fair bit of colour clash but you don’t really notice.

This is the 128K version of the game so it has the lovely music. The game might not be as slick as the Master System version, and it definately is a lot harder, but it’s still a lot of fun to play.

The aim is to (quickly – you’re being chased by a rising tide!) reach the top of the level by using your rainbows as both a weapon and a platform.