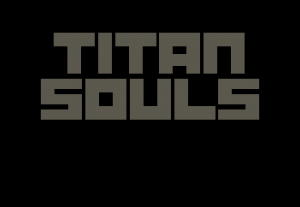 Is this a first? As in, a web-based (well, Flash) game that I’ve completed? Sort of. I mean, I’ve completed Cookie Clicker and Clicking Bad, but they’re not really proper games (are they?). Does this count as a proper game?

Yes. I think it does. OK then.

Titan Souls is, it appears, a purposefully terribly-named 2D top-down mini version of Shadow of the Colossus. Only with just four Colossi. And your only weapon is a single arrow you have to retrieve after you use it. And each colossus only takes two hits to kill (well, one to wake them up, one to kill them). And you don’t climb them.

OK, so not a lot like Shadow of the Colossus – or Attack on Titan or Dark Souls after both of which it is named.

But it’s hard, and fun for the time it takes to complete, which isn’t long despite how hard it is, and the end of game boss is very clever indeed. I did a little squeal when I realised the trick to it.

Want to play it? It’s here and free.