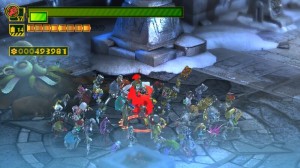 I’ve not played this in quite some time, mainly because Mario 3D World happened. For the last couple of days, though, I’ve been back on it to try and finish it up. Not that I dislike it and want it over with – not at all – more that I do like it and think it’s only fair to finish it off before I forget about it and move on.

Previously, I’d reached some point in Mission 005, and since then I’ve ploughed on through and I’m now near the end of Mission 008. I don’t know how many missions are left, but I’m guessing there can’t be many more – the guy I have to beat now seems to be the right hand man of the head of Geathjerk, so once he’s done, there’s just the big boss left. Probably. 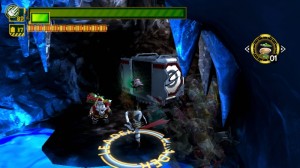 I’m still really enjoying it. I had a few issues with not being able to draw some of the shapes but only really in confined areas where there’s not much room to draw, so nothing to ruin it like I had previously (where the game was actually broken and a reinstall fixed it). It took a while to get back into the swing of things, having forgotten most of the moves, but it’s all good again now.

Except for one bit. There’s a mission inside Prince Vorkken (er, spoilers, I suppose) and part way through you have to Unite Whip to grab a hook. The game explains that if you draw a bigger whip, you can grab things from further away. However, the hook kept vanishing whenever I went near it, and I couldn’t get a big enough whip from far enough away that the hook didn’t vanish. Eventually I seemed to fluke it and progress, but I was stuck there for a good 20 minutes.