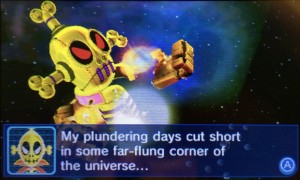 A while back I bought all the additional Streetpass games, as they were in a sale and I’d done everything Streetpass Quest I & II, and the puzzle thing, had to offer. I’m glad I did too, as they’re all pretty good.

Mii Force (or rather, Streetpass Squad, as it’s called in the UK) is a shoot-’em-up where people you Streetpass become your weapons. Although it’s very short (which is why I’ve completed it, but am nowhere near completion with the other three games), it is very playable and each level is different – some clever gimmicks, some almost puzzle sections (if you want to reach all the areas of the level for treasure), and plenty of bosses.

I did find it very easy, so it’s not exactly Cave level of shootering difficulty, but that doesn’t really matter.