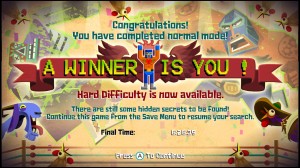 Guacamelee! Super Turbo Championship Edition is an updated version of the original Guacamelee, with new areas and a new boss and some other new stuff. Apparently. I don’t know exactly what is new as I’ve never played the original. Or even been interested in it. When it came out over a year ago, I barely paid it a passing glance. Yeah, it looked quite nice, but was a PS3 title so it dropped off my radar and I forgot about it.

Then it was revealed that it was coming to more platforms this year, and I ended up reading more about it. Passively, until the magic “metroidvania” word was said. It’s like an instant interest trigger. When it was released on the Wii U, I pounced on it, and I’m glad I did because it’s one of the best games I’ve played this year. 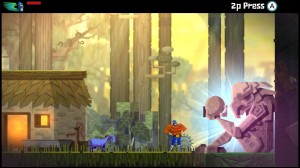 It definitely is a metroidvania style game, but with added combo-fuelled fighting (the “‘melee” of the title) and more tricky platforming than is usual for the genre. But that’s fine, and they’re both great additions. As you’d expect, exploration of the world reveals new abilities (by way of “Choozo” statues, in one of several thousand Metroid references) which in turn allow further exploration of the world.

Soon your luchador hero (oh yeah, the whole game is Mexican wrestler/Día de Muertos themed) can do a massive uppercut, double jump, run up walls and fly horizontally. And turn into a chicken at will. Yes. 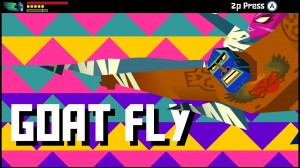 These moves not only allow access to new and secret areas, but can also be used in combat to lengthen combos and assist in taking down certain foes weak to specific attacks. It’s a fighting game that requires a bit more thought than most.

In addition, the entire world is split between two geographically similar but graphically different planes – the land of the living, and the land of the dead. At various points in the game you’re taken between these two realities, but later you gain a power-up that lets you swap at will, flicking between two versions of the same area. Since some items, characters, platforms and dangers only exist in one plane or the other, swapping between two adds another layer to puzzles, exploring and platforming. Some of the most difficult platforming I’ve ever come across, in fact, once all your powers and abilities are available. 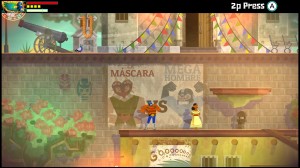 For example, there’s an area where you must flick between each plane (twice) while double-jumping, followed by an upper-cut, to land on a wall which only appears in one of the two planes. It’s about eight button presses in under a second, in a precise order while still “steering” your man, and you have to remember to hold a direction at the end or he falls off. In the Tree Tops area of the game, I failed to reach the prize because my fingers and brain simply couldn’t co-operate successfully to navigate the clearly impossible obstacle course and my game pad almost suffered a catastrophic industrial accident.

Bosses follow the same tradition as the 2D Castlevania games by being completely impenetrable until you actually watch carefully, take your time, and only attack when absolutely safe. When you know how to beat them, they’re a walkover, but until then you feel like you’ve hit the wall and want to rage quit. There’s nothing quite the same as the feeling when you finally best them. Especially the final one. Hoo boy. 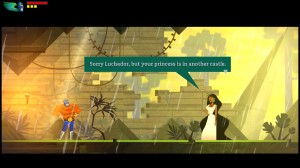 Despite the frustrations in both battle and navigation, or perhaps because of them, Guacamelee is hugely enjoyable. Metroidvania games always have a pull due to how a new ability suddenly rejuvenates the game, pushing back bedtime just a little longer while you “just see how this works” and “I wonder if I can now reach…”. The actual game doesn’t really need to be particularly impressive in order to hook me with this mechanic, but as a bonus, Guacamelee is more than impressive in most respects.

The graphical style is beautiful. The music is a fantastic arrangement of Mexican themes. The story is interesting. There are funny characters and so many references to other games, not just Metroid. Everything comes together to be fun, fluid, and moreish. I enjoyed it so much that I completed it in but a few sittings. 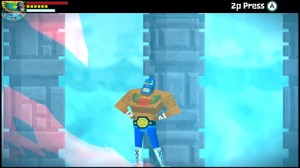 It isn’t especially long (around 6.5 hours, my Wii U stats report), but I’ve stuff left to do provided my controller can remain intact for the remainder. I seems I bumbled into the bad ending, where I didn’t collect all of the mask. Naturally I didn’t know about the existence of the mask until after I’d beaten the final boss – another nod to Castlevania titles – so even after it’s done, the game still pulls you back for more.