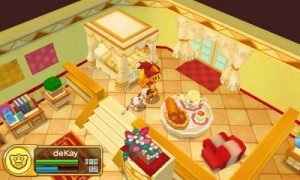 And so it came to pass that my first completed game in the grand old year of 2015, was Fantasy Life. Do not be of the mind that just because I got it for Christmas, it’s somewhat short. No, somehow in just over a week I’ve crammed more than 27 hours into it. In fact, since my last post about it just 5 days have passed and 25 hours of game have been played. And that’s just on one of the many lives available to play. 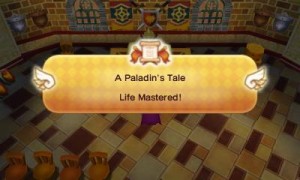 That’s the story complete, then. The world saved, every region of the planet united, and The Power of Wishes realised. Thankfully, you can still continue playing after the end, so I did for a bit in order to become a Master Paladin and level my character up to 31. Clearly there is a lot more levelling still to do, as most of the dragons roaming the map would appear to still be indestructible. With two able fighters as companions, I barely managed to scratch the blue one on the snowy mountain before my healing items were severely depleted and I had to run away with my tail between my legs. 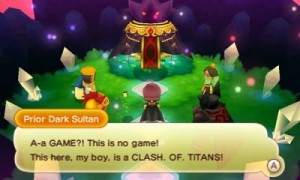 On I went then, picking a new role for myself – a tailor. It could not be more different to being a Paladin. Instead of wandering round finding monsters to smack and performing deeds of derring do for a tall man with a ridiculous moustache and the shiniest of armour, you pick flowers and buy material to sew together and make clothes in a Cooking Mama style mini-game. It isn’t as fun as being a soldier, but then, how exciting could they have made tailoring, realistically? It’s impressive how totally distinct two game styles have been used in the same game, though. I wonder how the other lives fare?