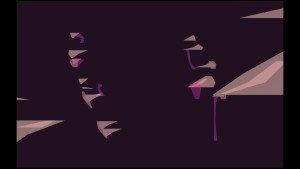 No, I hadn’t started this already and no, I didn’t return to another previously started game having finished off Shovel Knight. Just shut up, OK? Shut up.

I was rearranging the icons on my Wii U home screen. Like on my 3DS, I have to have them arranged in an OCD friendly manner, where games I’m currently playing or haven’t completed sit on the first screen, and games I have completed or aren’t likely to play any time soon are shifted off to other screens. Since I have more games on the go than a single page of the home screen can contain, after moving Shovel Knight I’d freed up a spot and noticed Another World unloved and unplayed on the wrong screen. So I had to move it. Then played it. 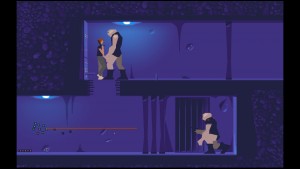 Back in the day, I had Another World for the Amiga. I wanted to like it, but it was far too frustrating. When you died (and I died a lot) you were put back too far, and the single button nature of the Amiga joystick made the controls too fiddly with too many deaths resulting from controller flail. That, and I’d already played Flashback which was better in so many ways.

Still, this updated version promised to do away with two of my issues, with more frequent restart points and two (two!) button controls. It was also technically free, due to free eShop credit, so I bought it. And today I played, and completed it. 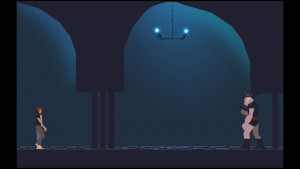 After doing so, I found a walkthrough video which also completed it. My time was just over two hours. They did it in 23 minutes. Hmm.

If you’ve never heard of the game, then let me sum it up: You’re a man who has a particle accelerator which goes wrong and warps him to an alien world. You take control of him from the moment he arrives, and through running, leaping, shooting (once you get a gun) and generally avoiding nasty traps and alien beings that want to kill you in varied grizzly ways. You’re captured and placed in jail with one of the aliens, who befriends you when you help him escape, and he then assists with your endeavours to get out of the city. 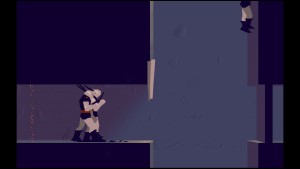 What makes it tricky is that all these deaths are instant, and often unexpected. It’s one of those games where you get a little bit further each time – remembering where rocks fall on your head or aliens with guns appear. There are a few puzzles to solve, none of which are especially taxing although a handful are pretty obtuse. Each time I got stuck I posted on Twitter for help, but usually managed to solve it myself by the time I got a reply. Frequently I’d arrive in a room and think it was utterly impossible to progress, but not know if that was because I was doing it wrong, or had missed something earlier on.

Now I’ve finished it, the replay value is close to zero, although if I did attempt it again I’m quite sure I’d be much closer to the 23 minute completion time the Youtube guy managed. 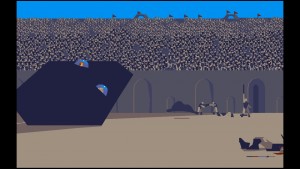 In terms of gameplay, it’s not as timeless as I’d have hoped. It’s a bit clunky and rough, with some necessary pixel-perfect jumping and timing being at odds with the imprecise movement, slightly vague three mode shooting (tap to shoot, hold for a shield, hold longer for a shield-breaking blast) and seemingly random collision detection – often enemy laser beams will pass through you, sometimes they will kill you, but there’s no way of knowing which until you’re dead. There’s also the big no-no of several holes you have to fall in on purpose, but with no way of knowing if the fall will kill you until you’ve already committed to the drop. Some of the firefights are literally hit and miss too, and I passed one in particular I’m sure by luck alone. 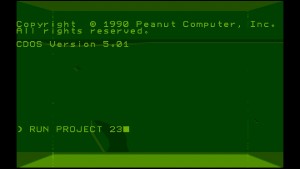 Still, there is something compelling about it. The urge to finish it was strong, to see your man Lester escape, and when you solve a puzzle or figure out to deal with an alien you can’t help but feel a bit clever. There’s also a bit of a twist at the end when you think you’re about to escape in a spaceship, but, well, I won’t spoil it – let’s just say there’s a bit more game.

Another World is definitely recommended if you can find it cheap, but expect frustrating trial and error gameplay. Thankfully, not as stressful as the 90s version.