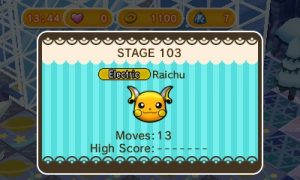 A few years ago, I stopped (with rare exceptions) playing games on my iPhone. The App Store had become swamped with F2P games with IAPs and other abbreviations, and even “traditional” games had been drugged with mechanisms designed to only allow play if you keep buying gold, or gems, or whatever for ridiculous prices. “Sonic had run out of jumps! Buy 10 jumps for £2.99?”. No.

And yet here is Nintendo, perhaps the last bastion of proper games, releasing a free to play match-three puzzle game, complete with all the evil in-app purchases you could ever wish for. All filled with Pokémon. Rubbish.

But, because it’s Pokémon, and Nintendo, I thought I’d give it a go. And what do you know? You can complete the game without spending a penny, without being restricted in any way (bar being unable to play for hours at a time), and it’s actually pretty good. 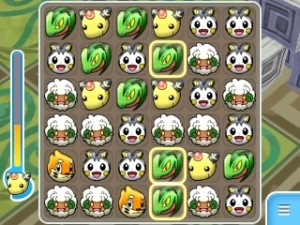 You know how these games work. You match three (or more) of each Pokémon, and they disappear. The Pokémon twist adds a little more depth. Each level is a fight with another Pokémon, and you get to choose which of your previously captured monsters to put up against it. Each has an affinity, so some are better at dealing damage to different types than others, and this damage is applied when you match them up. Some have Mega transformations which allow special moves that wipe out large areas of the board. You’ve a fixed number of turns for each stage, but if you defeat the monster before the counter hits zero, you get a chance at capturing it.

Sometimes the chance, measured as a percentage, is laughably low, but you can improve your chances by buying a Great Ball with coins. It’s here where the IAPs come in. To buy more moves, or Great Balls, require coins or jewels (the in game currencies). To obtain coins, you spend jewels (or win matches), and to get jewels, you spend Real Actual Money. You’re also limited to playing five stages (or attempts at stages) – you spend a third currency, hearts, each time you want to play. How do you get more hearts? IAPs. Yay. 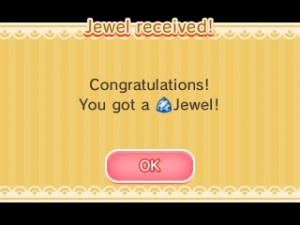 Here’s the thing though. Hearts replenish, up to 5 at a time, by just not playing the game. You get another heart every half an hour, so if you play the game in spurts here and there, you’ll never feel the need to buy more. Every so often, and more frequently if you get lots of streetpasses, the game bungs you a heart or two anyway. Coins can be won in the game, so you never need to buy those either, and jewels? I was given about 20 for free across the course of the game, and I finished the game with 4 left. Basically, the IAPs are totally unnecessary.

The game is pretty addictive, which is clearly required if you’re Nintendo and want to make some money out of this, but if you’re like me and can be patient, you can play the game as a fun diversion a few times a day, completely for free without ever feeling restricted.

The irony is, if Nintendo had ditched IAPs and charged maybe a fiver for Pokémon Shuffle, I’d have happily given them the money and they’d have made some cash out of me. Instead, they’ve tried (and failed) to extract IAP cash from my pocket and ended up with nothing. Here endeth the lesson.