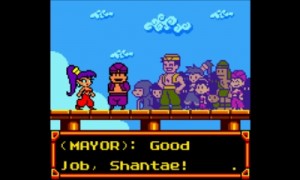 You know when you stumble into the eShop and you’ve credit in your account and you see a game you’d been intending to get for a while but haven’t because you’ve loads of other games to play and you “accidentally” buy it? That. 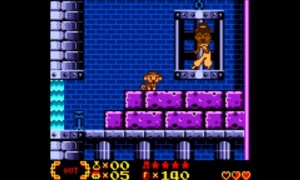 Shantae is a gorgeous looking GBC platformer, with some fantastic sprites and animation layered on top of a pretty hard platformer. It’s essentially a Metroidvania, where you enter labyrinths (which have several puzzle elements) to both rescue a genie (each of whom provide you with a new power) and recover a mystical stone (protected by a boss). 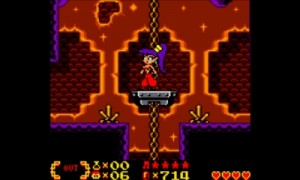 So far, I’ve completed two such labyrinths, and it’s been a lot of fun. I’ve two powers, activated by dancing specific combinations of moves, so can turn into a monkey who can scale walls and an elephant who can smash through blocks. 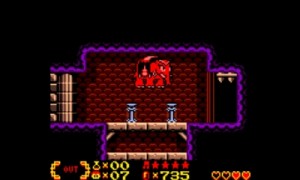 Less fun is navigating the world between towns – it’s a long way and some of the monster you run in to are very hard to defeat unscathed. It seems you can collect warp squid to allow you to teleport from town to town, but at the moment I can’t, and things are compounded by poor signposting. I’m told where to go, but not how, meaning I can spend half an hour going in one direction only to end up in the wrong place and have to backtrack. A bit annoying.

But Shantae can shake her pixel bottom so it doesn’t really matter.