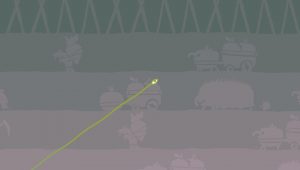 I suppose, technically, this is a half Vita, half PS3 completion as I played it a bit on each platform (it’s cross save, you see), but since I reached the end of the game on the PS3, it gets the attention. Sorry Vita. 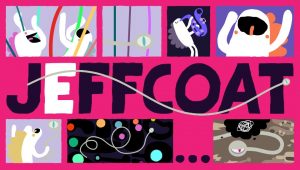 How to describe Hohokum, then. You are a snake who has lost all his snake friends (all with incredible names) across various bizarre and surreal areas, each filled with things to trigger and puzzles to solve, and all with a strange fascination with eyes. Sometimes you have to bump past things in order, or carry creatures to something, or find all the… things… or make everything dance, sing, fly away, disappear, combine or burst. Do all these things, and you might (you often can’t tell) find a snake. Or open a new door. Or something funny, strange or baffling happens which doesn’t actually further the game.

There’s rarely any way of knowing what to do until you’ve experimented, driven your flying snake past, round or into everything. I’m certain several “levels” (they’re just locations really, rather than levels) were only completed or past entirely by accident and a few of them just triggered the “win” without me realising I’d actually done anything. 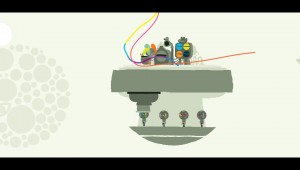 The vagueness doesn’t matter, though. Every event is like some clever or cute little story, a comic strip of events. There’s no communication or exposition, past the odd cave drawing or carefully arranged pile of rocks, but some of the creatures you encounter are full of character, and their actions and noises tell a brief tale. For example, in an area full of white circles, you find that flying over them makes then burst into colour. On a sort of island in the middle of this is a sort of man stood next to what appear to be four slots. You can pick the man up, and the slots change colour, prompting you to ferry the man around so he can scoop up the smaller circles of the colours shown. Take him home with his collected ingredients, and he feeds each disc into a slot, which causes his machine to create a colourful and ridiculous hat for another man. All nonsense. 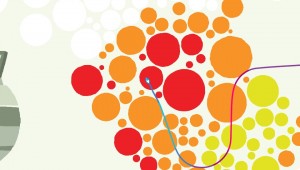 It’s an odd game of whimsy and art, with situations that can only come from the head of a person with kangaroos in the top paddock. Mostly it works, but sometimes you are totally lost, not knowing if you’re actually making any difference or working towards a goal. Even the odd “Saving” icon that appears doesn’t necessarily mean you’ve done something – often you’ve merely accidentally triggered one of the 150-odd hidden eyes in the game that don’t appear to serve a purpose. On one screen there is a massive circle made up of hundreds of smaller circles. If you fly over them, they vanish. Was I supposed to get rid of all of them? Surely not. That would take ages! Twenty minutes, in fact. But yes – you had to get rid of them all.

Despite that, and the fact you often can’t tell if there’s even anything in a particular area you need to do, let alone must do because there’s a hidden snake, it’s a fun, relaxing and incredibly pretty game. It’s just very weird and abstract, but in a much better way than, say, Proteus, or the Mega CD game Panic! (which for some reason this reminds me of) is. You can’t die, you can’t run out of time, and even when you make a mistake you’re not penalised. It’s just a bit baffling that someone came up with it at all, really.