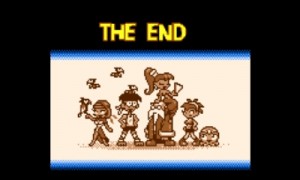 It’s been a long time. The “time played” in the 3DS stats shows I’ve spent just under twelve hours on this, but that’s spread over several months, since I started back in February. 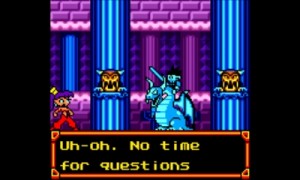 It isn’t because it’s a bad game, far from it, it’s just that every so often I’d realise I’d travelled all the way to the wrong end of the map (it loops round, but only when you’ve almost finished the game!), and couldn’t face travelling all the way back again, so gave it a break. Then, each time I picked it up again I’d forgotten where I was or what I was doing, so going back always seemed a chore. 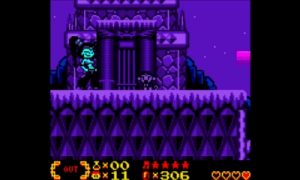 Soon I’d get back into it though, and each dungeon was well worth the slightly annoying overworld traversal, being less backtracky and more puzzley. Strangely, the bosses all got increasingly easier, with the final two being complete walkovers and the first one was almost impossible. That’s just as well, I suppose, as I never sought out the extra heart containers hidden around the map. I stumbled across one, but exploring every nook and cranny of the world is so dangerous that I avoided doing so, taking the quickest, easiest route at all times. 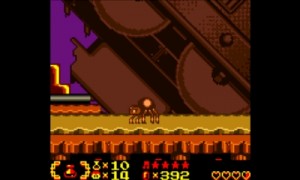 Similarly, the warp squid you collect in dungeons would have reduced the backtracking, but they were too hard to find. I did manage to get enough to unlock the warps in two towns, so at least I reduce it a bit.

Having said all that, it is still a great game. It’s fun, it’s quite clever and it looks amazing. I’m hoping that the few niggles I have with it are ironed out in the later games in the series, because I want to make a start on them soon!