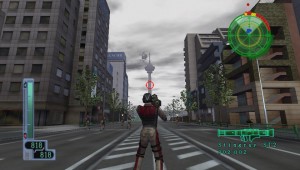 Way back when, I played the Xbox 360 version of this and really rather enjoyed it. It was really shoddy, the console couldn’t cope with the number of baddies, the graphics were terrible, the animation and audio was awful, and by rights it should never have made it out of Japan at all. But there was something about it, despite all that, which made it enjoyable and addictive.

Last week, the portable version, on the Vita (a console even less capable of running it than the 360) was on sale on the PSN store for just £3.75, and with the price I paid for my PSN credit, that came down even lower to just £3. Rude not to, right? 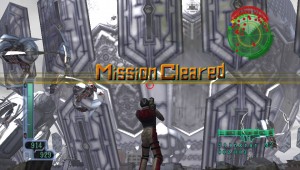 What I hadn’t realised is that this version is actually a beefed up version of the 360 original. It’s the same game, but with a few new levels, some new weapons, a new (well, borrowed from a different EDF game) character to play as, and I’m pretty sure some new enemy variants too. Excellent.

And in 12 short game hours, I’d completed it. Hooked from start to finish. 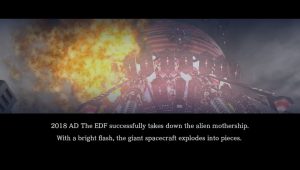 Like before, I don’t think I ever found a perfect pair of weapons for any of the levels. It made it a bit of pain when you’d realised that a short range homing “shrapnel” missile and an assault rifle worked best, only to have a different enemy spawn in later in the level and I’d then find I’d nothing to take it down. I also found, constantly, that weapons for “mechanical” enemies do not make good weapons for “insect” enemies, so balancing what to take into a fight with both types was a challenge. Still, I managed it.

And with the mothership destroyed and the whole of humanity in ruins, that was that. EDF! EDF!