Lots of PS+ stuff has been building up over the last few weeks. I’ve played most of them (except the PS4 games, obviously), so here are some thoughts. 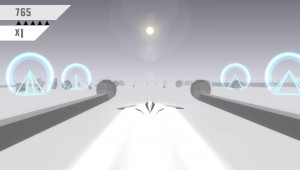 It’s a bit dull, really. It’s sort of like Deathchase but with upgrades and nothing to shoot. I’ve played it for an hour or so but it’s not grabbing me.

A nonsensical FPS where you progress through randomly generated levels containing lots, and lots of guns. Looks a bit rough but is surprisingly good fun. The way the abilities and weapons unlock are a bit of a pain though. 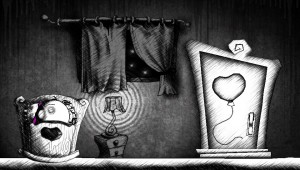 Impossible to control. You can’t realistically use the front and back touch panels of the Vita at the same time (in fact, I’d argue you can’t use the back at all even by itself), so I’m not going to get anywhere with this. It sort of looks nice, but it’s unplayable. 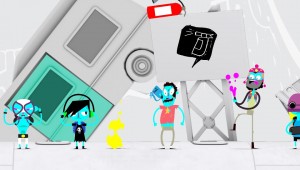 It feels a bit like a point and click adventure game, but it’s too random and vague how you progress. Not really enjoying this either, so that’s in the bin now. 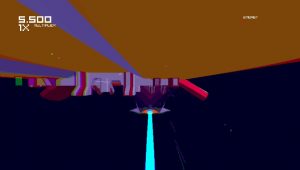 Like a cross between Race the Sun and Uridium (which it “borrows” for its name), but not as much fun as either. Like Race the Sun you fly into the screen, like Uridium you fly over (and under, and through) various, er, spaceships? and shoot things. The things you shoot are often hidden. You have to find them all in time or you die. It isn’t good at all. 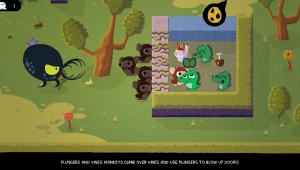 A puzzle game with a great premise, but flawed execution. Rescue exploding animals from aliens, using them to blow up walls and sacrifice themselves to defeat the aliens. Thing is, different animals have different skills and there’s no way to tell, say, the penguins to kill themselves for the cause without also telling the monkeys – who you may need later to climb a wall. Far too many times did I die due to not having enough control. Ah well.