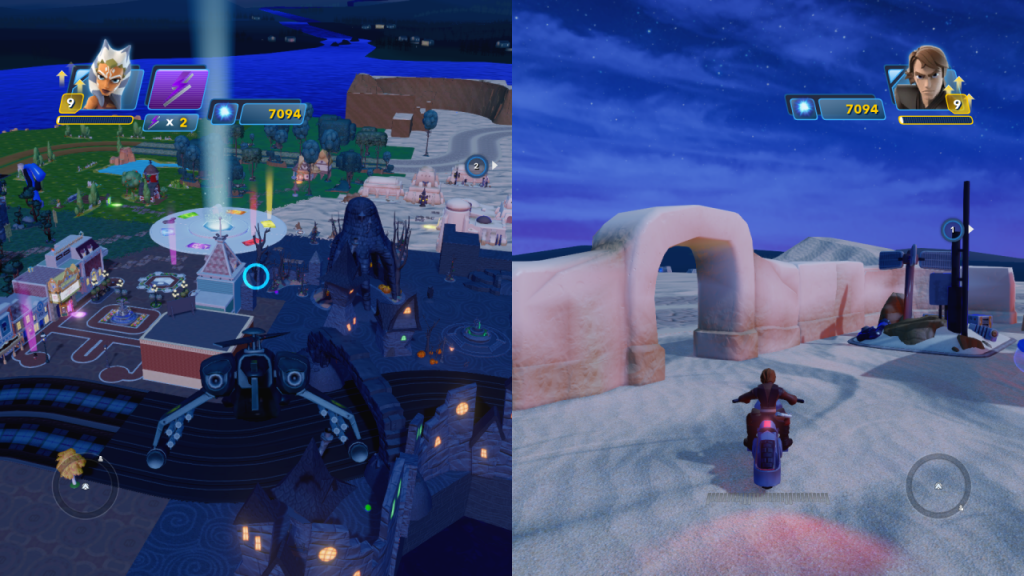 How, you are undoubtably asking, has he managed to complete Disney Infinity 3.0? Well, I’ll tell you how: my copy came with the Twilight of the Republic playset, and it’s that (along with all the main actions you can do in the main Disney Infinity hub outside of that) which I have completed. In co-op with my daughter, actually.

I suppose, if I were a Disney and/or a Star Wars fan, I’d have enjoyed it more, but then I loved the Lego Star Wars games so perhaps that doesn’t hold true. The Disney Infinity version of the Clone Wars universe is very much like that in Lego Star Wars, and is filled with sections that made me think, ah yes, they did this bit better in Lego Star Wars. 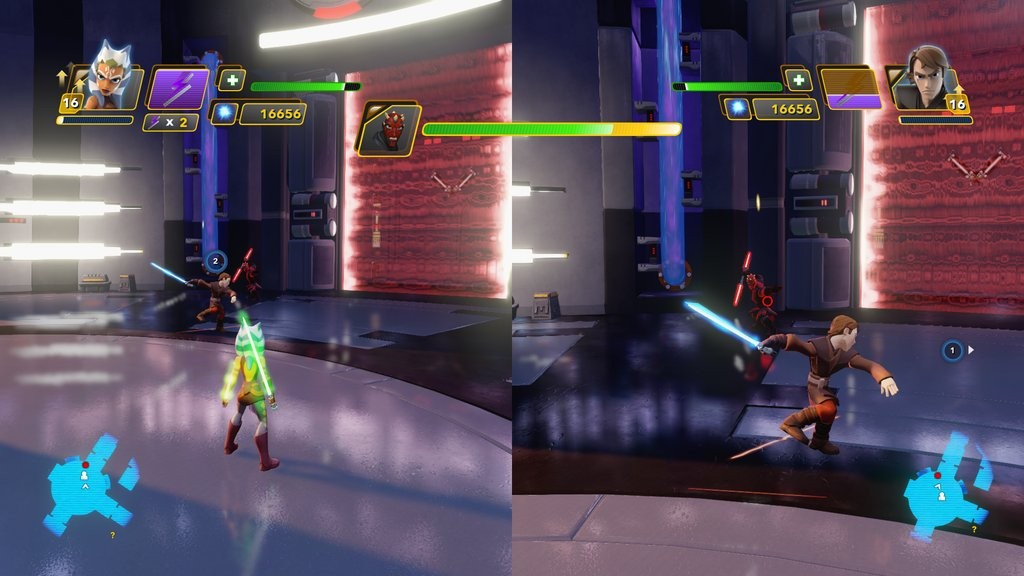 The fighting is boring. The camera is broken when you’re up near a wall. The side quests are all utterly tedious skill-free fetch quests. Even the big set pieces – boss fights, the pod racing, space battles – are all better handled in Lego Star Wars. I simply didn’t enjoy it very much, and what fun I did have was from kicking people off cliffs (which is never not hilarious) and playing co-op (although in numerous places having to revive 2P or not accidentally fight her because the camera has spun round again was not great).

I poked around in the level editor side, which was clumsy, and tried a few highly rated player made levels which were ALL dire. To be honest, I wasn’t expecting much from the game, but what I actually found was I disliked it even more. The bugs, including a flickering screen and sometimes falling through floors and platforms, were just some sort of crap icing on a terrible cake. And JarJar Binks. Oh god just make him die.