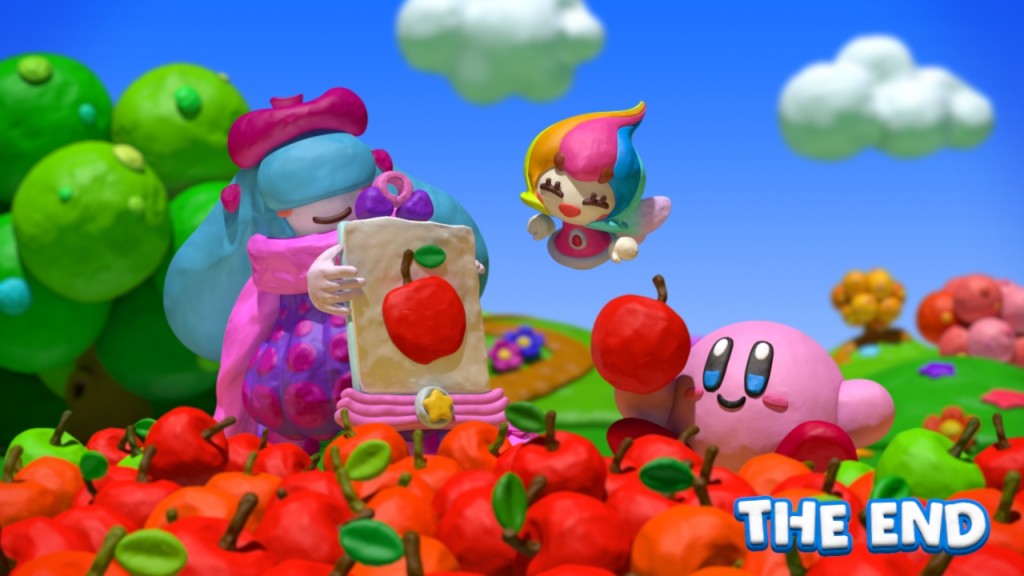 After seeing the MechaKirby 3DS game on this week’s Nintendo Direct, I was reminded that I hadn’t finished Kirby and the Rainbow Paintbrush yet. I think, as is often the case, something else came along instead. Maybe Super Mario Maker? Or Lego Jurassic World. I can’t remember. Anyway!

In one sitting, with my daughter on Waddle-Dee duty, I completed the rest of the game. Which was all of worlds 3 to 7, as it turned out. Like pretty much all Kirby games, it was easy. A couple of tricky forced scroll levels caused a few deaths, but picking up extra lives was such a frequent occurrence that I had about 40 spare by the time I reached the end. 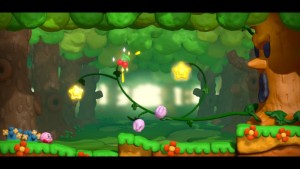 Along the way, as is so often the case with Nintendo platformers in particular, there was so much inventiveness to find. In a few stages, Kirby rides a gondola, with your rainbow rope acting as a “track” for it to hang from. In another, you have to escape from a gunship you’ve just triggered the auto-destruct on, and you’re given a map on which to draw your intended exit route. Near the end there’s a section where Kirby is split into two Kirbys, at first separate from each other (so you have to guide both to switches and out of danger), and then together, where you can hit one with the other to cause it to fire off at speed, ricocheting off everything and smashing through blocks. As soon as you’re used to one new mechanic in the game, it throws another at you, or combines two or three earlier ones. It definitely doesn’t let you get bored. 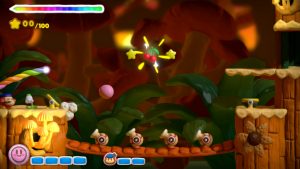 It’s odd, then, that the bosses are repeated with only minor differences. There are only eight in total, and three are used twice. They don’t even get harder. It’s only a small negative point, but for such a varied title it’s a bit out of place. Another niggle I have only happens when you’re playing co-op: periodically, a fight with a detatched hand will trigger. Kirby can’t defeat it as it tries to grab him and drag him off-screen (to his death), so Waddle-Dee has to do it. All I could do as Kirby was try to keep him away from the hand, and when invariably snatched, provide rainbow ropes for Waddle-Dee to reach the hand (if necessary) and smack it.

That aside, it’s a fun, gorgeous looking (everything is made from clay!) and inventive platformer. Exactly what you’d expect from Nintendo, really. It’s quite short, although collecting all the hidden treasure chests in each level and completing all the unlockable challenges will provide a great deal of extra length, but Kirby and the Rainbow Paintbrush clever and varied. And so, so pretty.