Affordable Space Adventures was, like Freedom Planet, another one of the recent Nintendo Humble Bundle games. It’s a game I’d intended to buy at some point anyway, but I just never got round to it. 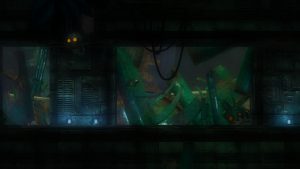 Taking control of a tiny spaceship lost on a strange planet inhabited by long forgotten machines, you have to pilot around taking care not to get spotted, crushed, frozen or lasered. As your damaged ship starts to self-repair, additional systems come online, and eventually its fully functional with two different drive systems, a scanner, assorted types of landing gear and so on. Each on-board system generates noise, heat and/or electricity, and the machines you come across are variously sensitive to these, so you have to be careful which ones you activate, and how you use them. 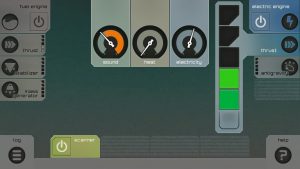 This makes the game a bit more of a puzzle game than I was expecting. Tweaking power outputs and turning off unnecessary systems using the “heads-down display” on the Gamepad is genius, watching your outputs to ensure you can safely glide past a sentry or a mine undetected. Sometimes you need to coast along on minimal (or no!) power, other times you have to switch from your fuel engine to electric engine, or make use of your heat shutters to appear cooler to enemies. It’s very clever, really.

Later on, environmental hazards start playing havok with your ship’s computer, changing settings for you or completely disabling certain abilities, so you have to pay attention to your computer at all times. 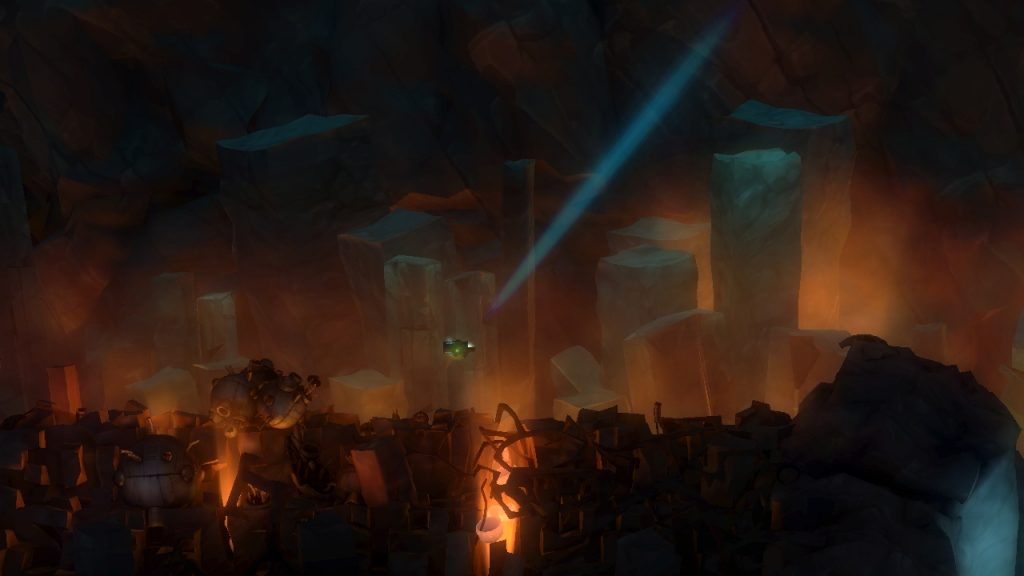 It’s a beautiful looking game, and quite unlike anything else I’ve played. It’s hard to see how it would work properly on any system other than the Wii U (expect, perhaps the 3DS at a push), and it shows just what kind of thing can be done with Nintendo’s unusual hardware. It’s a shame more games don’t. There’s a multiplayer mode too, which is how the game was really designed to play, with up to three players taking over different aspects of the ship – a pilot, and engineer and a science officer – but I played through solo without too much difficulty. Apart from Level 37, the final section of which took over an hour’s worth of attempts. I scraped through eventually. Affordable Space Adventures is an essential game for any Wii U owner.