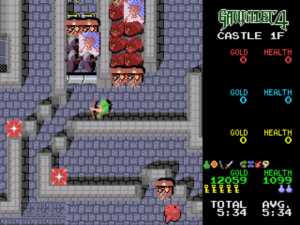 That was excellent! I’m really, really pleased that I’d not been misremembering how great Gauntlet 4’s Quest Mode was. I had been misremembering how easy it was, however. Or was I just being extra cautious, escaping from the towers every time my health was low and I didn’t have a healing potion? Either way, I didn’t die at all. Not even on the end boss. Or the end, end boss after him. 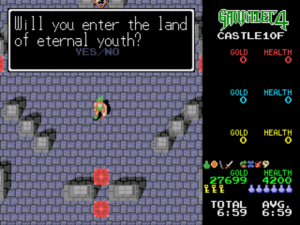 Oh yes, I had forgotten that too. You see, once you’ve beaten all the dragons in the towers and opened up the Castle, then made your way through that, there’s a final dragon boss. He’s much the same as the other four, only he also has four crystals in front of him. You have to shoot all of these crystals in order to be able to damage the dragon as he’s invincible otherwise, and after a few seconds the crystals reactivate. Once I’d got into a steady rhythm though, he was quite simple. After that you’re given the option of escaping from the castle, or learning the secret of eternal youth. Take the first option and you have to defeat the dragon again – the end, end boss (albeit without the crystals this time) – before you can run away. Take the second option and you’re turned into the dragon and have to kill adventurers. 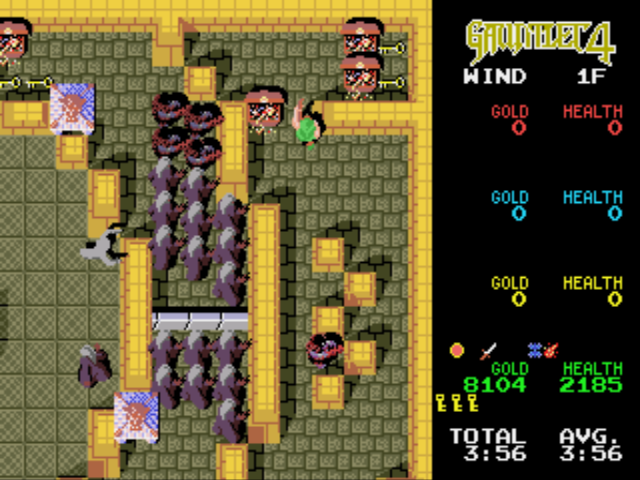 I consider this second option the “bad” ending, so went with the first. And that was it.

For those interested, I was Questor the Elf (I’m always the elf in Gauntlet – he’s the best character) and here are my end of game stats: 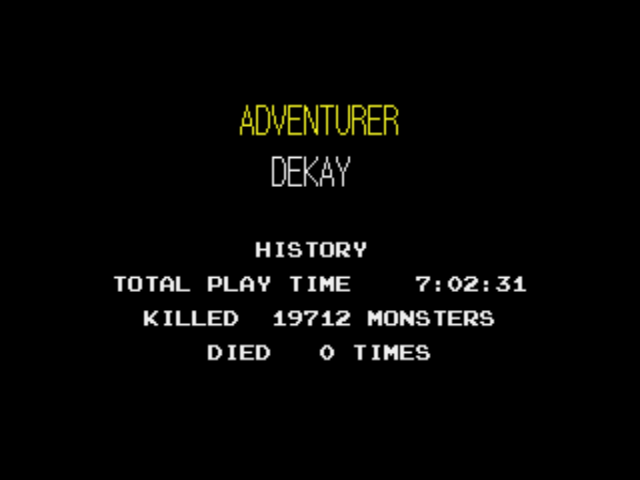