It’s a bit good this, isn’t it? Why i’m asking you, I don’t know. You probably don’t know anyway, and I already know. In fact, it’s my third favourite Mega Drive game. At least, it was a very long time ago and when I started playing it again today for the first time in at least 15 years, I was a little apprehensive that it may have aged badly. Thankfully, I need not have worried: It’s excellent. 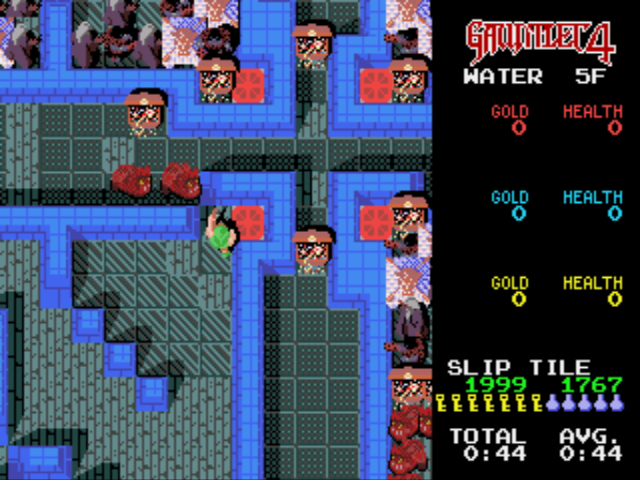 Oh but wait – I’m not talking about the main game here. Arcade mode is essentially just the original Gauntlet arcade game, and although that is still an absolutely fantastic thing, the main game mode for me is Quest. Quest is almost an RPG, as your hero navigates four towers with ten levels in each, finding traps to open walls and allow progress to the final floor where a dragon resides. Yes, it has boss battles. As you beat foes, you gain experience which you can spend on improving your stats (shot speed, defence, magic power, etc.), and as you collect treasure you can spend that in shops to gain better equipment (which essentially also just boosts your stats). 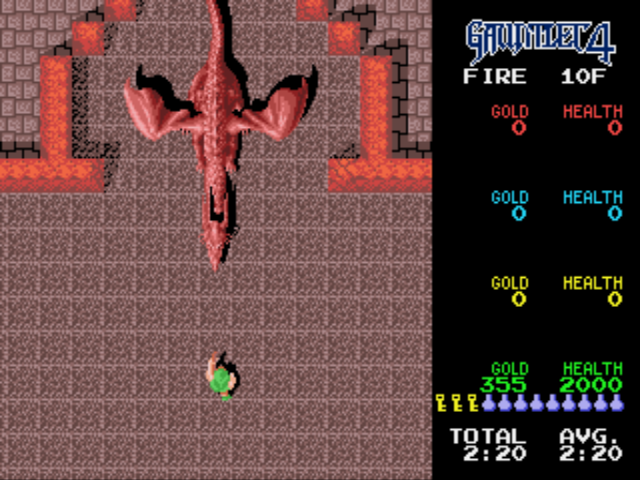 So far, I’ve completed the Fire and Water towers, and am about a third of the way through the Earth tower.