Considering all the games I’ve completed in the first half of 2016, I’ve been a little bit lax recently, it would appear. The main cause is, of course, the fantastic Tokyo Mirage Sessions #FE (which I’m over 55 hours into now), but I’ve also been catching up on demos on the Wii U and 3DS – I may post about those later.

Gunpoint, however, is something I’ve been playing off and on over the last week. Each level is pretty short, and you can save whenever you want (and if you die you can rewind a few seconds, which is a great feature), so it lends itself well to a few minutes play every so often.

The aim of the game is to infiltrate various buildings and retrieve/destroy/plant evidence or computer files, with the overarching plot relating to you being a freelance spy with hugely powerful spring boots working for three different sides, to various degrees, in a murder case. A case you’re involved in yourself, leading to bizarre situations like having to recover CCTV footage may contain evidence that would incriminate yourself. 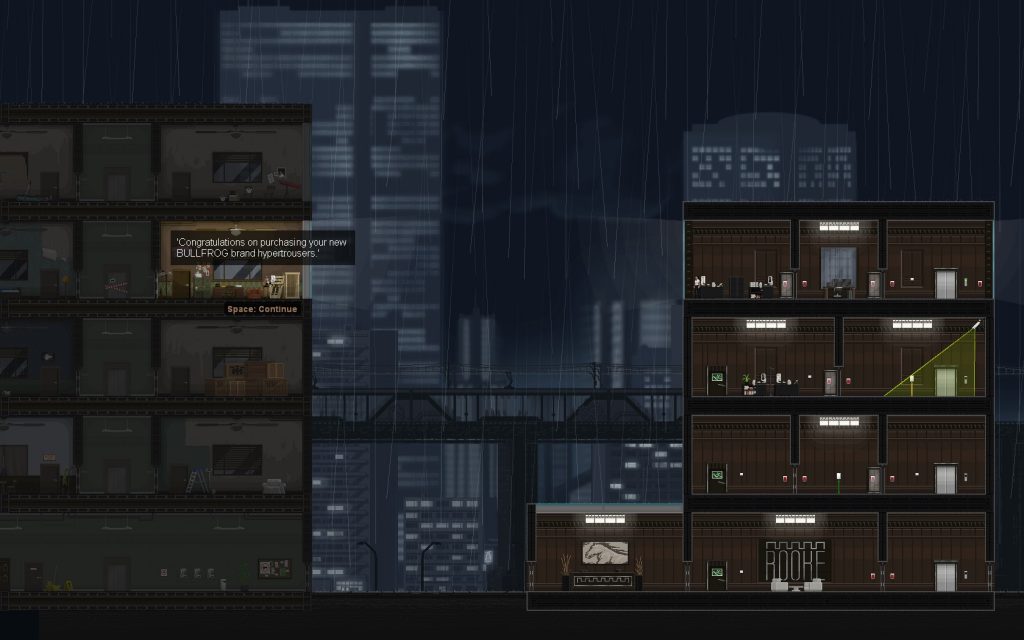 Each level plays out with three main skills. You can jump really high, or far, and use this to scale walls, smash though windows, or pounce on guards. You can (after the first couple of levels) hack electronic devices too, rewiring the building so that, for example, a light switch now opens a door, or a security camera calls a lift. Finally, you can punch (and later, shoot) guards, although to score highly you need to be silent, undetected and refrain from violence. 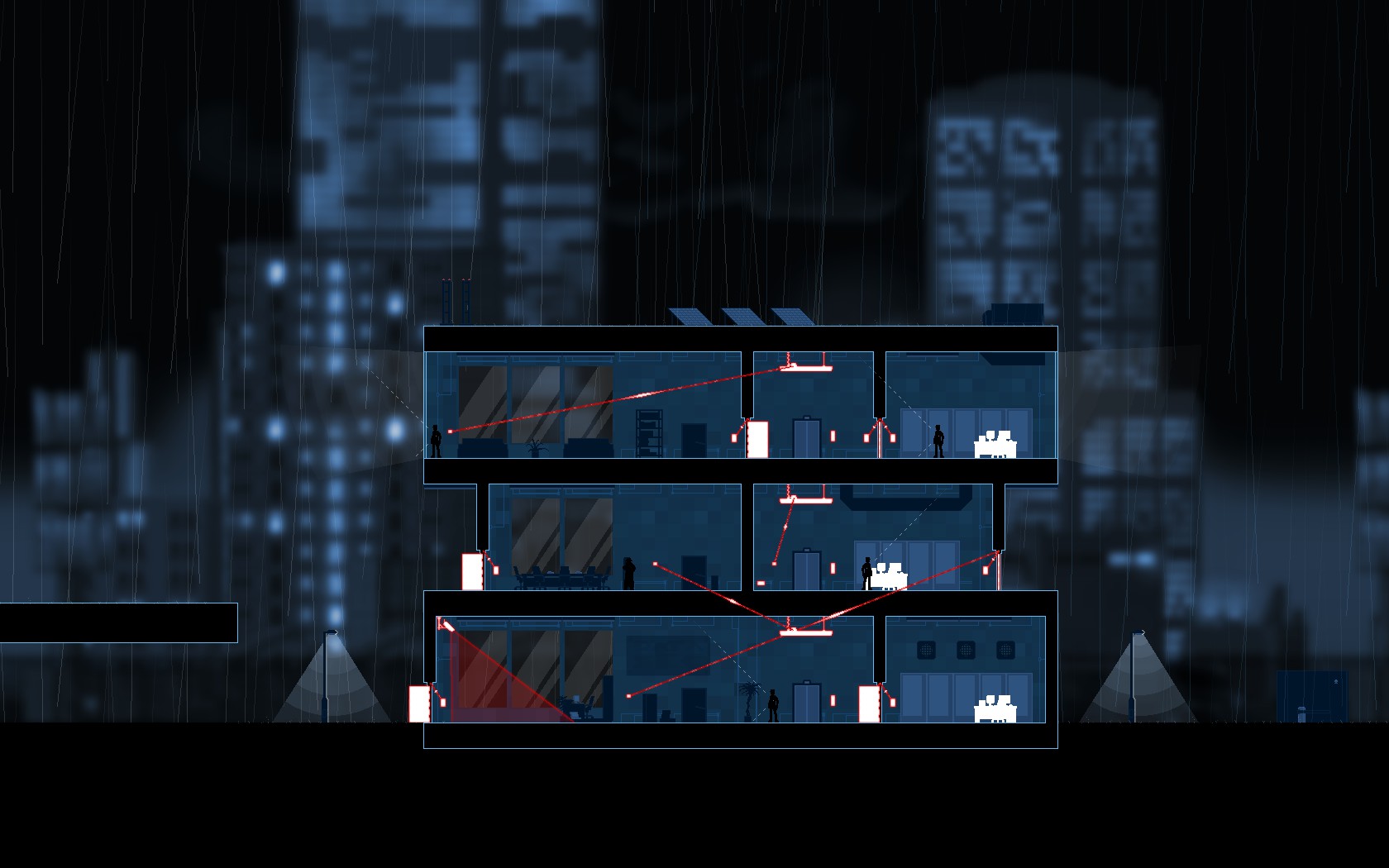 Far from being a platform game like the superficially similar The Swindle, the emphasis is much more on puzzle solving, with often many solutions – sometimes clever, sometimes funny. Wiring up a motion sensor to a plug socket so that one guard electrocutes another elsewhere in the building never ceases to entertain. As you unlock more abilities (such as more powerful jumps or additional gadgets), more solutions present themselves. I realised that I could, on a very late mission, use a light switch to trigger a guard’s gun for instance – and he merrily shot his own guardchums.

Gunpoint isn’t a long game (three hours, perhaps?) but it’s clever, makes you feel clever, and is genuinely fun and funny. If only I could remember, like most of my Steam games, why I own it.