Another retro game chosen pretty much at random today, but Ranma 1/2 is leagues ahead of Running Battle, despite not being all that fantastic itself.

It’s a one-on-one fighting game, and clearly doesn’t have the depth of anything like Street Fighter II, or even Fatal Fury. You’ve four buttons, light and heavy attacks, jump, and block. Pressing both attack buttons together performs a special move, which for Ranma himself (who I played as) is some sort of whirlwind thing which rarely did anything useful. 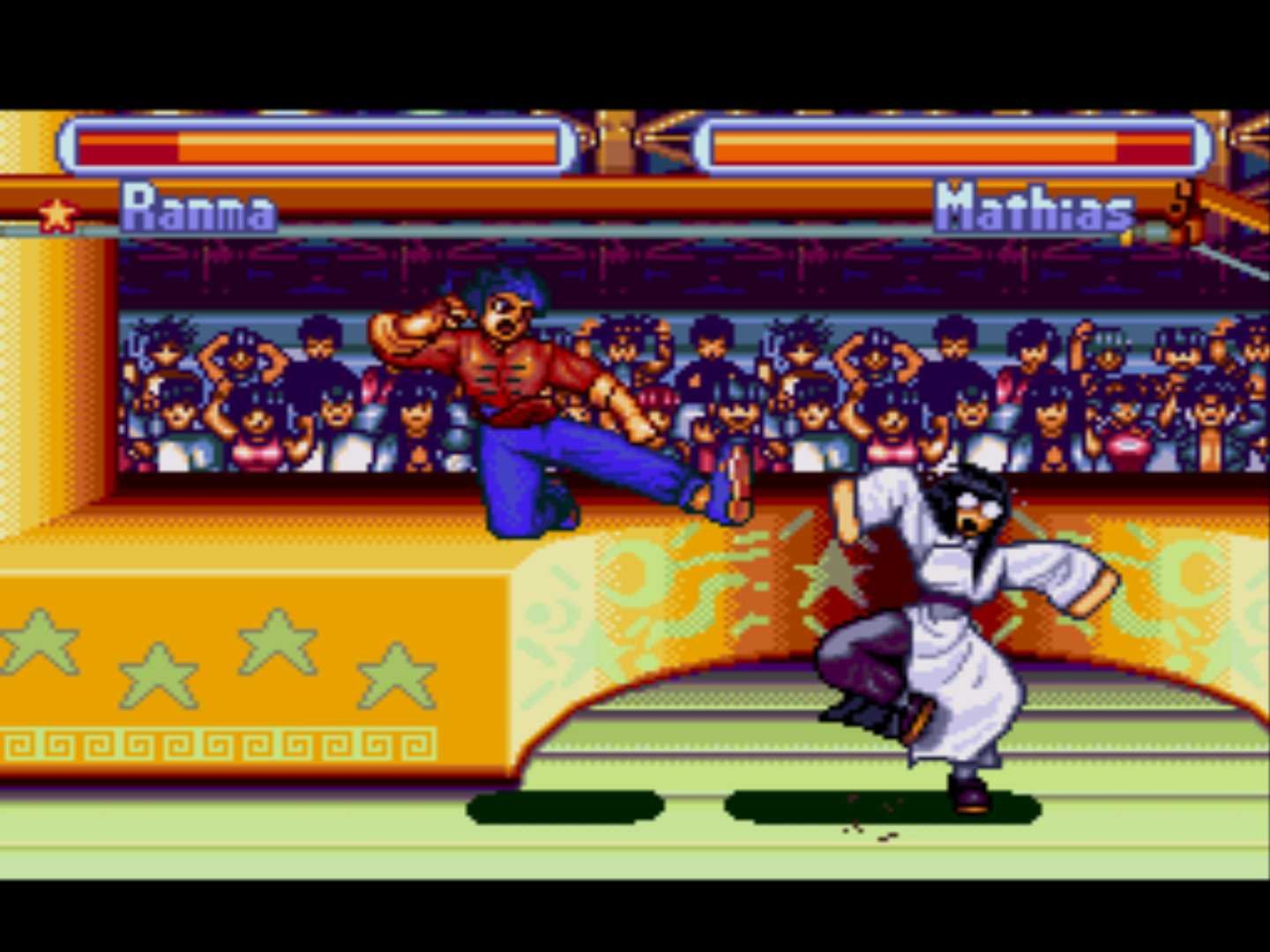 Since I know a little of the original Ranma 1/2 story, having characters I knew elevated it a bit higher than other similar games from the same era. Each foe required different tactics to beat as well, which made it more interesting but looking at it now it seems this was to replace proper reactive AI. I can see it being a lot more fun in two player mode.

In single player though, it was far too easy (I didn’t lose a single round) and so over too quickly. A lack of moves is a minus as well, although since I had no instructions it’s possible there were a load I just didn’t figure out, despite trying Street Fighter and Mortal Kombat style control acrobatics.

Perhaps the most amazing thing about the game is that it came out in the west, as it’s just about the most Japanese thing ever. Mind you, Goeman did too, so who knows.