You know something? That Sonic Triple Trouble wasn’t so bad after all. You know what was bad? Sonic Blast on the Game Gear.

No, not Sonic 3D Blast – that’s a wholly different game, being in isometric and with Flickys to save and stuff. This is a standard Sonic platformer, or should I say, sub-standard. On paper it sounds great – platforming, Sonic, no Tails, 3D rendered graphics. However, the platforming is dire and the 3D rendered graphics are so low resolution they look terrible. Sonic has a giant head, appears to be permanently tilted out of the screen, and only two frames of animation. 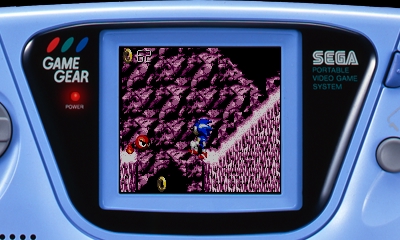 He doesn’t seem right in the context of the levels. I’ve never been a big fan of the graphical style (and I’ve lamented before about how awful Super Mario Ball and Donkey Kong Country look too) but never before has it looked so ugly and jarring.

It isn’t just the graphics that I hate about the game though. The physics seem off too, and the levels are tiny. You get just one chance at each chaos emerald, and you have to hunt for the entrance to the emerald special stage in Act 2 of each level – it’s very easy to miss them completely. Luckily, the specially stages are incredibly easy despite the dreadful collision detection, due to how slowly Sonic runs. They are much like a cross between the Mega Drive Sonic 2 (into the screen, collect rings) and Sonic 3 (seems to be on a ball) special stages, but not as much fun. 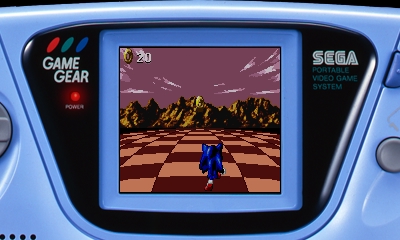 The main levels are dull, and several seem to be watered down levels from Sonic & Knuckles – there’s a Sandopolis level (Yellow Desert Zone) and a Lava Reef Zone (Red Volcano Zone), but they’re sparsely populated and boring. If they were doing that I’d have hoped for a Super Sonic Space Chase like in Sonic 3 & Knuckles if I completed it with all the emeralds, but no – just a weak additional final boss. 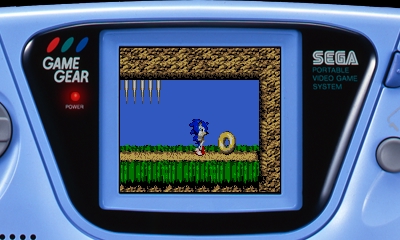 In all, it feels like a Sonic game driven by having a new graphic style and written by some people who saw a Sonic game in a shop window once but have been given access to some of the assets. I’m glad I’ve played Sonic Blast, but only so I know not to ever again.