That being said, neither is Breath of the Wild. It has Zelda lore, Zelda themes, Zelda music… but nothing about the gameplay is actual Zelda. This game is all about traversal, exploration, survival. There are no dungeons. You obtain all the “special weapons” (“runes”, here) within the first couple of hours play, rather than en-route to each boss. There’s no sequence to follow, as, in fact, it’s perfectly possible to legitimately skip virtually the entire story and literally just walk up to the final boss and beat him. 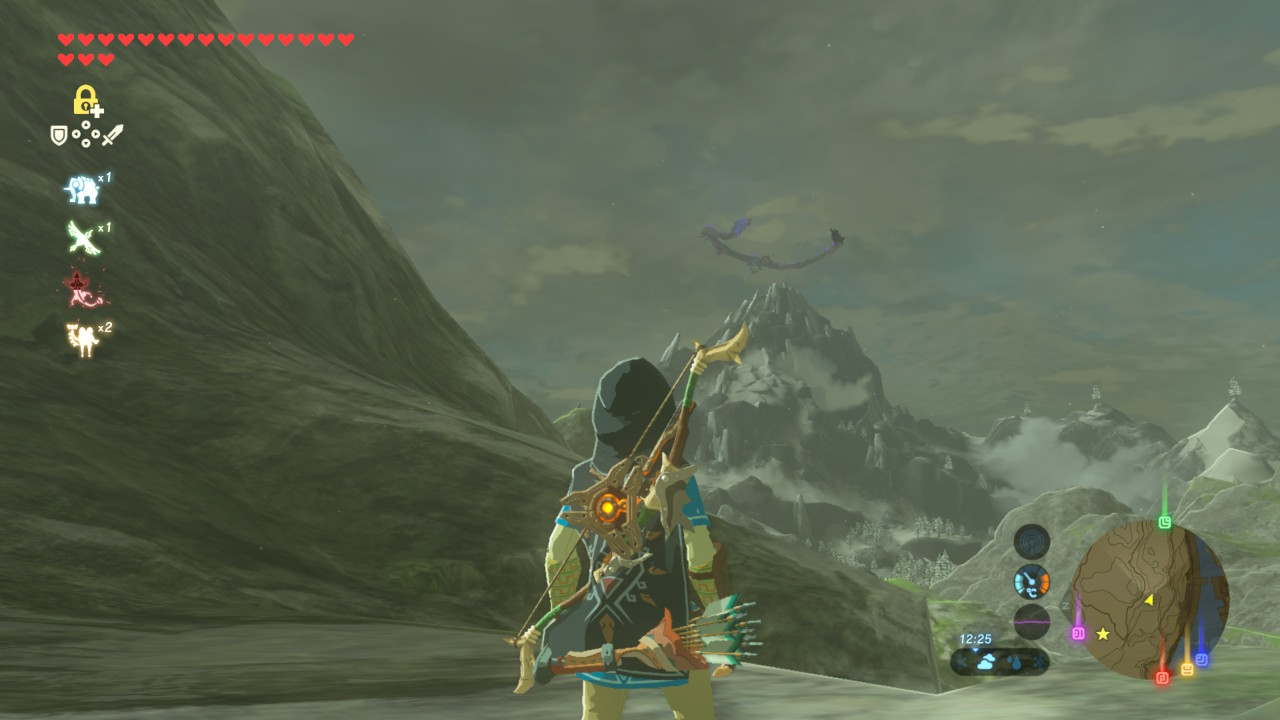 But, for me, that’s a great thing. I’ve always liked the idea of the 3D Zelda games. I enjoyed, for a time, Ocarina of Time, Wind Waker and Twilight Princess, but never enough to ever finish them. I’d get bored or annoyed and just leave them incomplete. Breath of the Wild had me hooked the entire time, and I think it’s because of the major changes to the formula.

A few times, while playing, I thought “this isn’t fun”. In Twilight Princess, my options were stop playing, or force my way through it. Here, I could go and do something else instead and come back later. Much later, in the case of the iguana beast: I disabled it, went off to find some more weapons, then came back thirty hours later to carry on playing. Turns out it was a walkover. 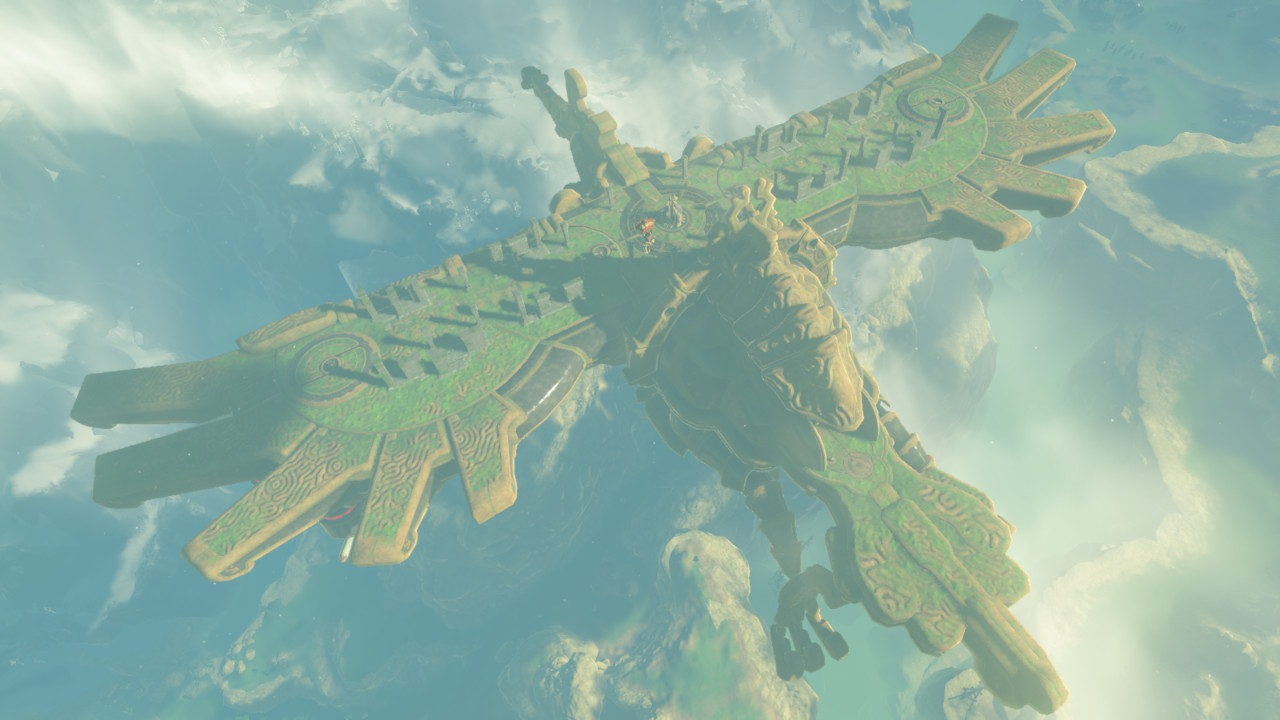 After which I took on the bird beast, who was also a walkover, and emboldened by these two victories I decided to take on Ganon.

Who was also a walkover. Which was slightly disappointing. I was expecting it to be near impossible, and sure, I had some great armour and 16 hearts, but I only took one heart damage. One! And I still can’t parry properly!

Now the important question: Is this the best game ever? No. It’s a great game, certainly, but it still has issues. Is it the best Zelda game ever? Again, no. A Link Between Worlds and Hyrule Warriors are both better – Hyrule Warriors is more fun, ALBW is more focussed. But Breath of the Wild is wonderful, and has given me faith for the 3D Zelda series and Nintendo’s other series’ too – if they can shake up Zelda this much and come out with a winner, just imagine Metroid or Kid Icarus. 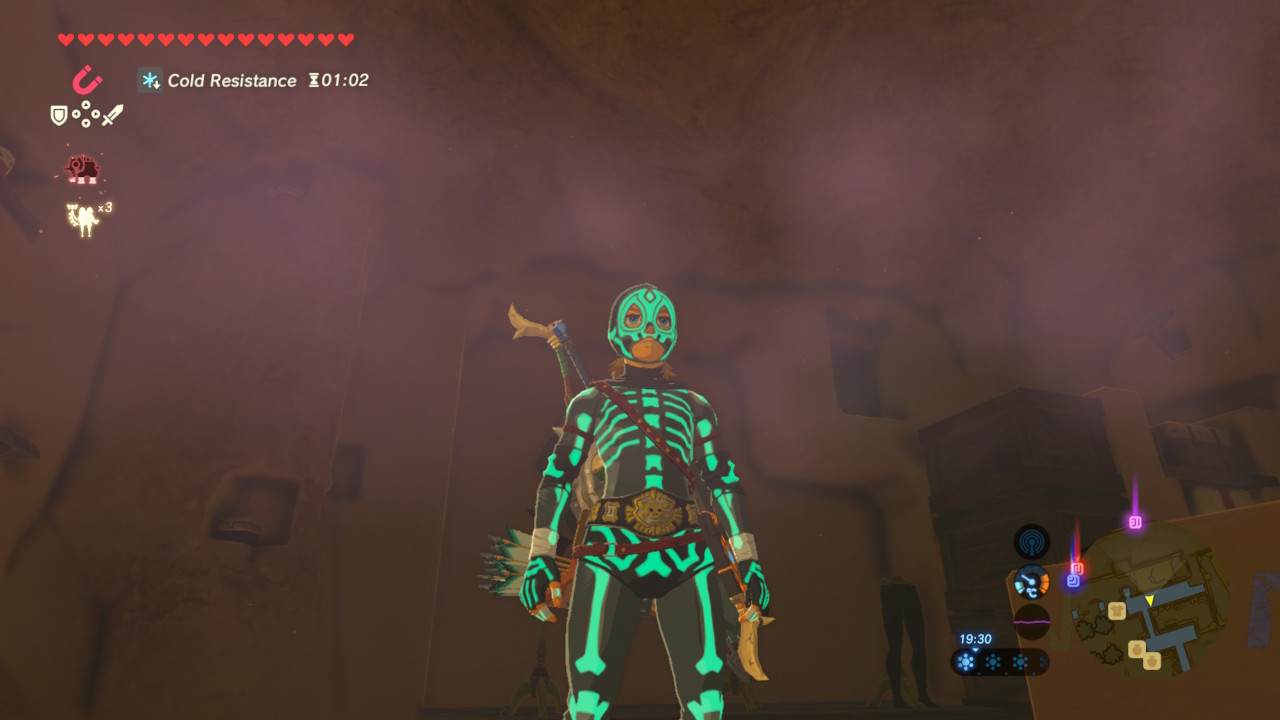