Imagine if Phoenix Wright consisted only of the courtroom bits. And the graphics were all photos of plasticine and paper characters. And Phoenix Wright was a murder dog who had murdered thousands of people. And you can murder the jurors during the trial. That’s Murder Dog IV: Trial of the Murder Dog.

No, I don’t know if there were three previous games.

The aim of the game is to get Murder Dog acquitted of his obvious crimes. He is defending himself, and also appears to be narrating the game at the same time, so it’s a little unusual to follow. He can examine and present evidence, or destroy it. He can question witnesses, go on a killing spree, and lie through his teeth. It also appears that Murder Dog used to be a police dog whose job it was to murder people. Bad people, presumably. 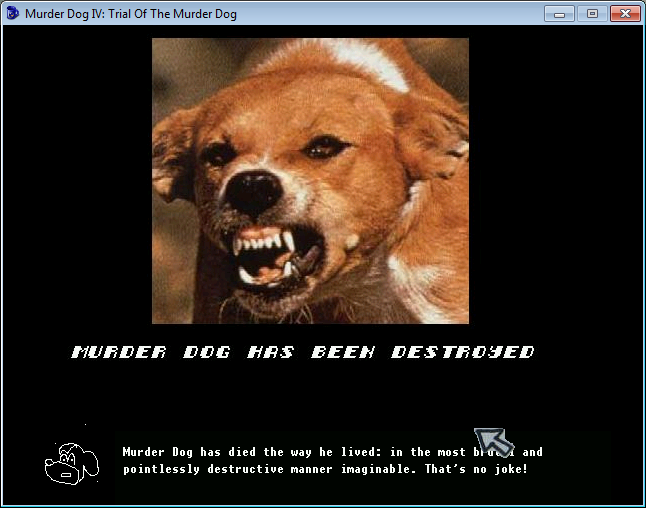 I played through it twice (it’s very short). I was executed the first time, and had my conviction overturned the second time. I didn’t get away scot-free that time though, as I was jailed for 5 years on a lesser charge of tampering with evidence or something.