Minecraft: Story Mode is another of those games I bought in a PSN sale at some forgotten point in the past. Which I then played for half an hour and then didn’t again. But now I did. Done. Have did.

Unlike most 12 year olds, I have no interest in Minecraft. Certainly, I’ve played it to a tiny degree, but it’s all too blocky and tedious for me to find any real fun it it. Aside from dropping TNT all over the place, of course. As a result, I came to this game solely from enjoying Telltale’s other adventure games, hoping my lack of Minecraft knowledge wouldn’t hinder me.

In this first episode, it hasn’t, really. There’s a lot of “lore”, but it’s mostly irrelevant to how you actually play. You have to craft stuff, but you’re literally told how, and essentially given all the ingredients. Perhaps you have to solve a puzzle to get something, but that’s it. So far, those puzzles haven’t been any more difficult than “flip this switch”, so perhaps “puzzle” isn’t the right word.

Unlike most other Telltale adventures, there’s some combat. This combat is little more than a QTE, however, but then there’s a million other QTEs that appear too. In fact, there are more QTEs that actual puzzle interaction, so the game feels more Dragon’s Lair and less Sam & Max. Not a good thing, in my opinion. 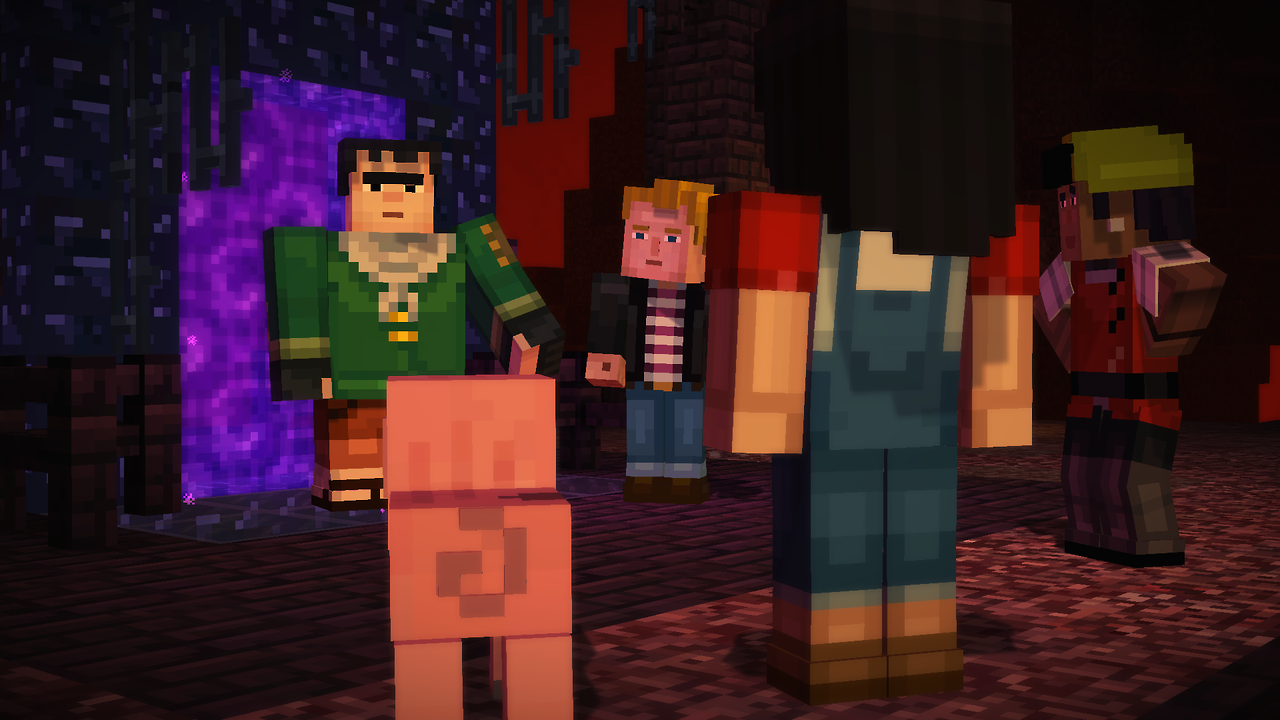 Still, there’s a good story to follow, right? Um. Maybe? It’s that lore issue. Some stuff about a witherstorm and traveling through “the Nether” and honestly? I have no idea. There are choices to be made with the characters but they don’t seem to make a lot of difference to how things play out.

Hopefully things will improve in later episodes. This one did seem to just be the setup – bad guy unleashes really bad thing, historical heroes need to be found, some temple “base” of said heroes is reached, and so on. Thing is, the game has been a combination of too-simple puzzles and too-rubbish QTEs so far, and I can’t really see them changing the mechanics.