Sometimes, I regret buying Stardew Valley. There are many reasons why I might do this, from the fact I already own it (unplayed) on Steam to it being a long time since I got into a Harvest Moon game (which Stardew Valley ostensibly is). The main one? Time.

In the 14 days I have owned Stardew Valley, I have somehow racked up 45 hours of play. That’s over three hours a day. That sort of commitment isn’t sustainable, not least with Super Mario Odyssey due to materialise in a week’s time. Already, Fire Emblem Warriors, effectively best game ever candidate Hyrule Warriors in alternative trousers and nailed near the top of my Must Own list has evaporated. I’ve not even bothered to order it. Stardew Valley has pwned me. 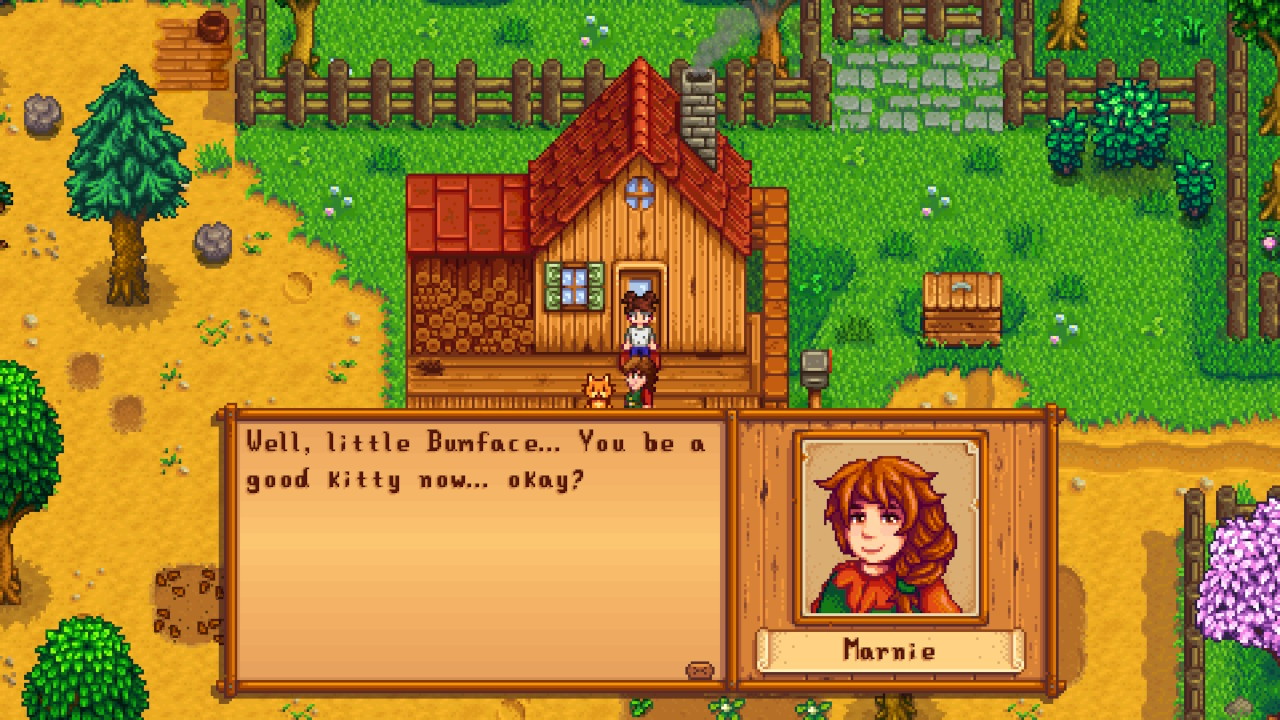 How has it done this? Somehow, the tedium of the game is like heroin. Each in-game day is around 15 minutes long and mainly consists of these “fun” farm-based tasks: Harvest crops, plant seeds, water everything, collect eggs, milk cows, make mayonnaise and cheese, check my crab pots, recycle rubbish, check on mushroom farm, sell produce, scythe grass to make hay, chop down trees, wear high heels, suspenders and a bra. Then the next day, do it all again.

If I finish my main chores early enough, like if it rains so I don’t need to water anything, or I’ve nothing to harvest, I might do some tedious fishing. Or venture into the mines and do some tedious mining. Perhaps I might go and tediously gather some wild flowers, or perform some tedious fetch quests. Or I might tediously top up my stocks of iron or gold ore, or tediously make some more chests to tediously store my crap in. There’s a chance I’ll then tediously need to manage my chest inventories and ensure I’ve put all the same type of item in specific chests because sure – the game is tedious already why not OCD it up a notch and make it even more tedious? Repeat all this ad tedium. 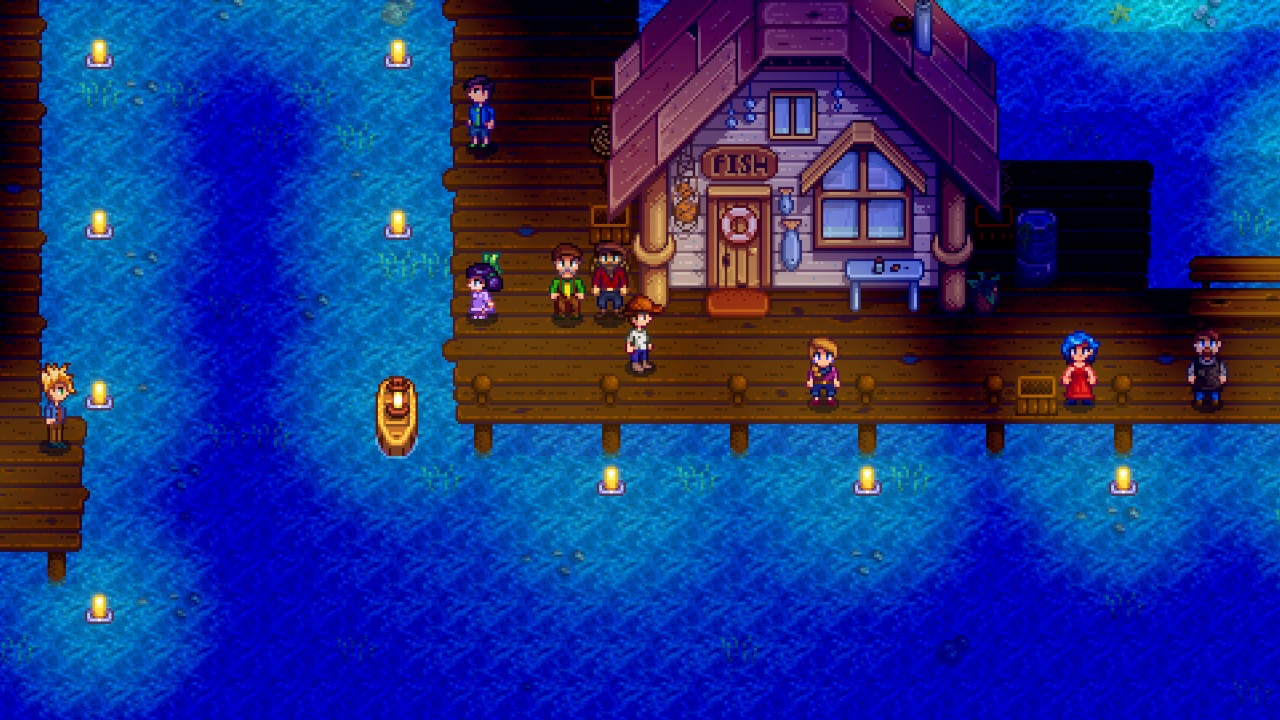 If I’m unlucky, there’ll be a major village event which encroaches on my embedded timetable of tedium. I’ll have to give up a whole afternoon to talk to all the other residents about sodding easter eggs or jellyfish or god knows what when all I really want to do is plough through my daily checklist so I can spare the time to attempt another five level mine descent. And then apparently you can woo other folk and become their friends? Who the hell has time for that?

And don’t get me started on the horror of having to upgrade your tools. I can’t do without my watering can for two whole days! My crops will die, Clint. They’ll die. And it’ll be your fault because you’re a terrible blacksmith and anyway, Clint, Emily will never be interested in you with your sweat and awful facial hair and you can’t even man up and talk to her. Clint you loser. 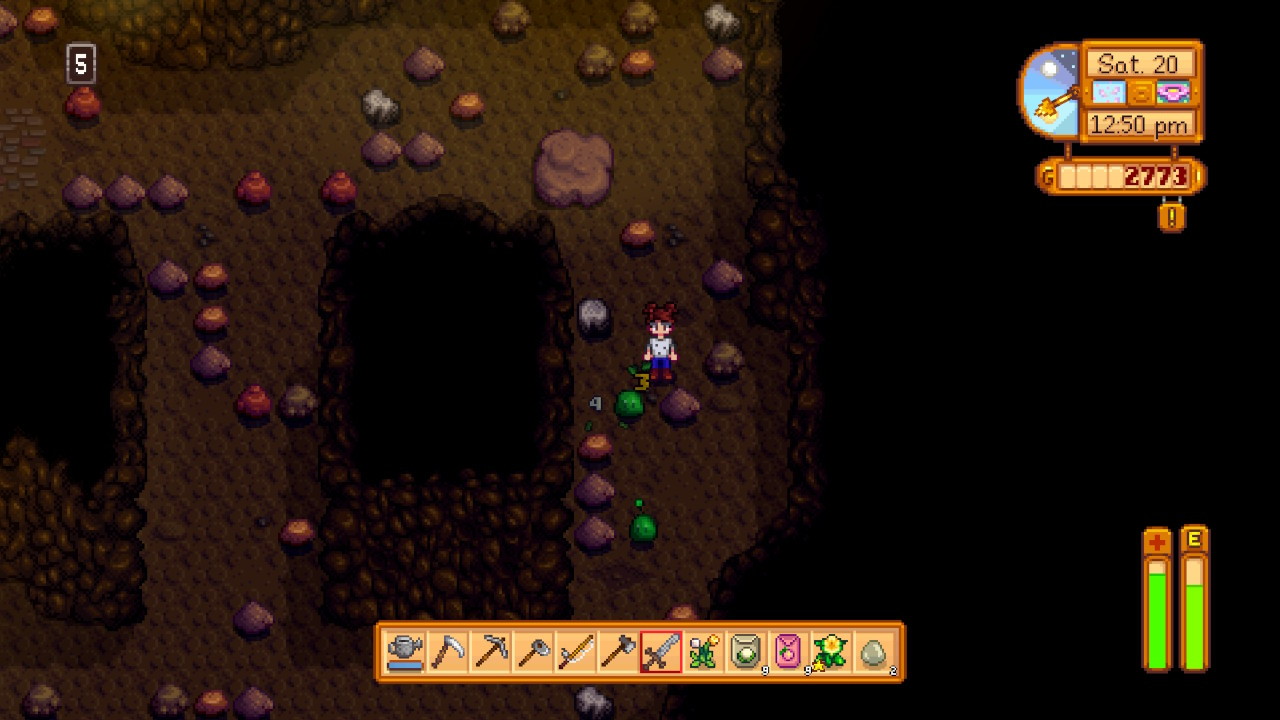 The whole game is horrendous. Stardew Valley is no relaxing farm simulator, as you perhaps might suspect from a Harvest Moon clone. No, this is repetitive slave labour with time-based stress. Don’t have time to water everything? They die. Don’t time your crops to grow before the end of the season? They die. Forget it’s gone midnight and you’re not home yet? You collapse and Linus the Creepy Hobo robs you blind (and probably does worse while you’re unconscious). Stress! And the constant worry that anything you produce might be needed at some point in another season or by a villager so you can’t sell anything you don’t have multiples of. And what if I cut down too much grass and it doesn’t grow back and I haven’t enough hay over the winter and Buttercup dies? More stress.

Somehow, I’ve endured 45 hours of this. I’ve completed my first Stardew Valley year, and am about to hit my second summer. My farm consists of a badly constructed L-shaped “planting area”, a silo for hay, a barn with two cows and a coop with three chickens and a duck. I’ve a mushroom cave, trees producing various mucuses (mucii?), beehives, lightning rods, and large areas of wild grass for hay harvesting. My house has beer, pickle, cheese and mayonnaise making facilities and is rammed full of colour-coded chests. I’ve many planned goals for buildings and produce, and I hope to reach the bottom of the mine soon. I have the minecarts up and running, and have renovated three rooms in the Community Centre. I seem to be making progress, but I still feel like I’m treading water and actually not getting anywhere. Not only that, but I’m getting nowhere on other games too because Stardew Valley is spilling over.

And you know what? I’m loving it.