This was a continuation of a playthrough, my first playthrough in fact, from several months ago that I forgot to continue. Previously on 80 Days, I’d managed to get a train into a dead end somewhere in the American east, and had to head north-west into Canada to find another route. 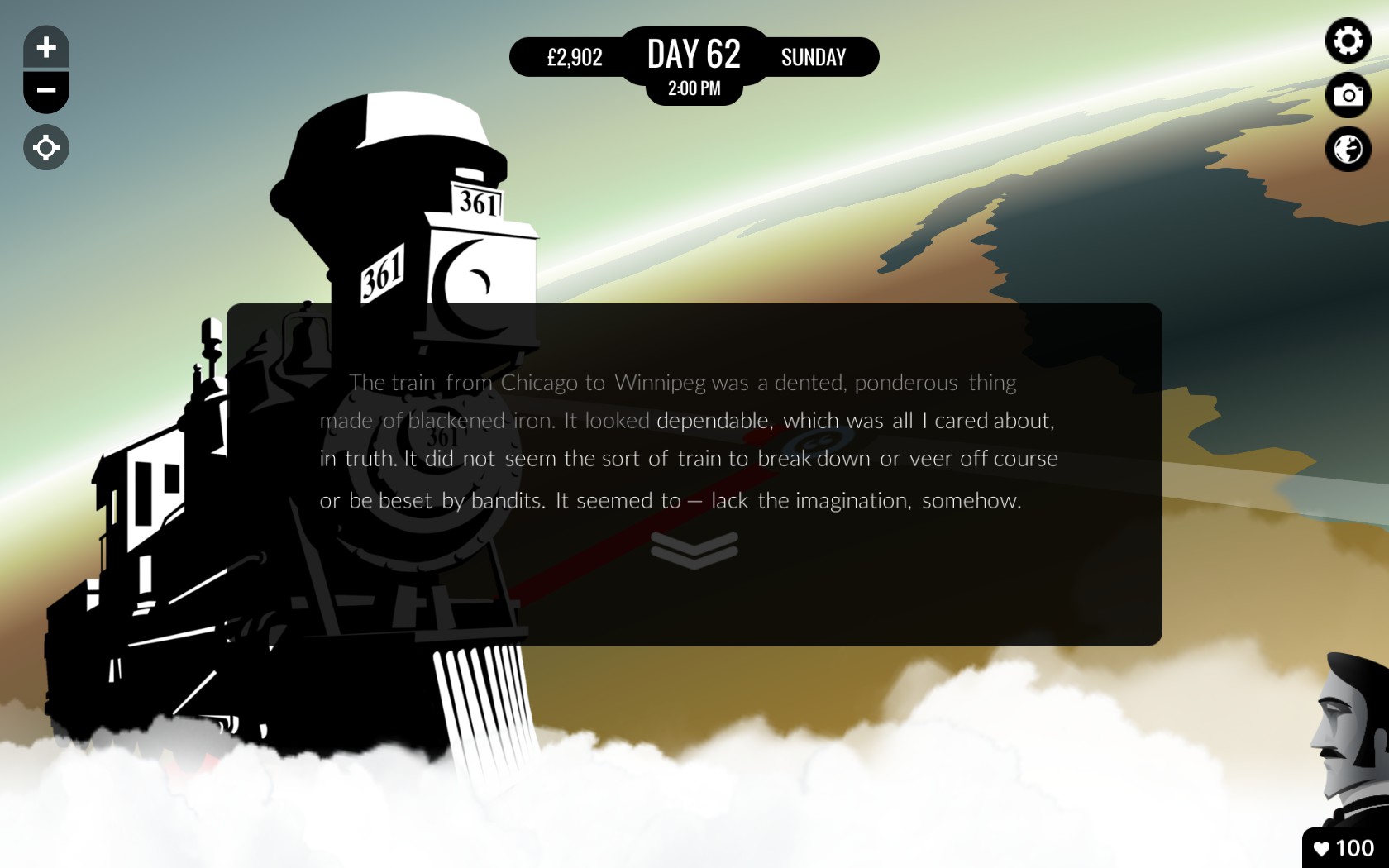 With some bad luck, I boarded an airship from New York that was heading for Reykjavik since the route to London direct was far too expensive and there wasn’t enough time to obtain the necessary funds. This airship was slow, however, and I had to ditch all our luggage to board – I was hoping this wasn’t an issue as we were nearly home!

Once in Reykjavik, there was another airship heading to London which I mistimed while unnecessarily (as it turned out) obtaining money from the bank, and so a later trip was taken. A three day journey on day 77 – would I make it? 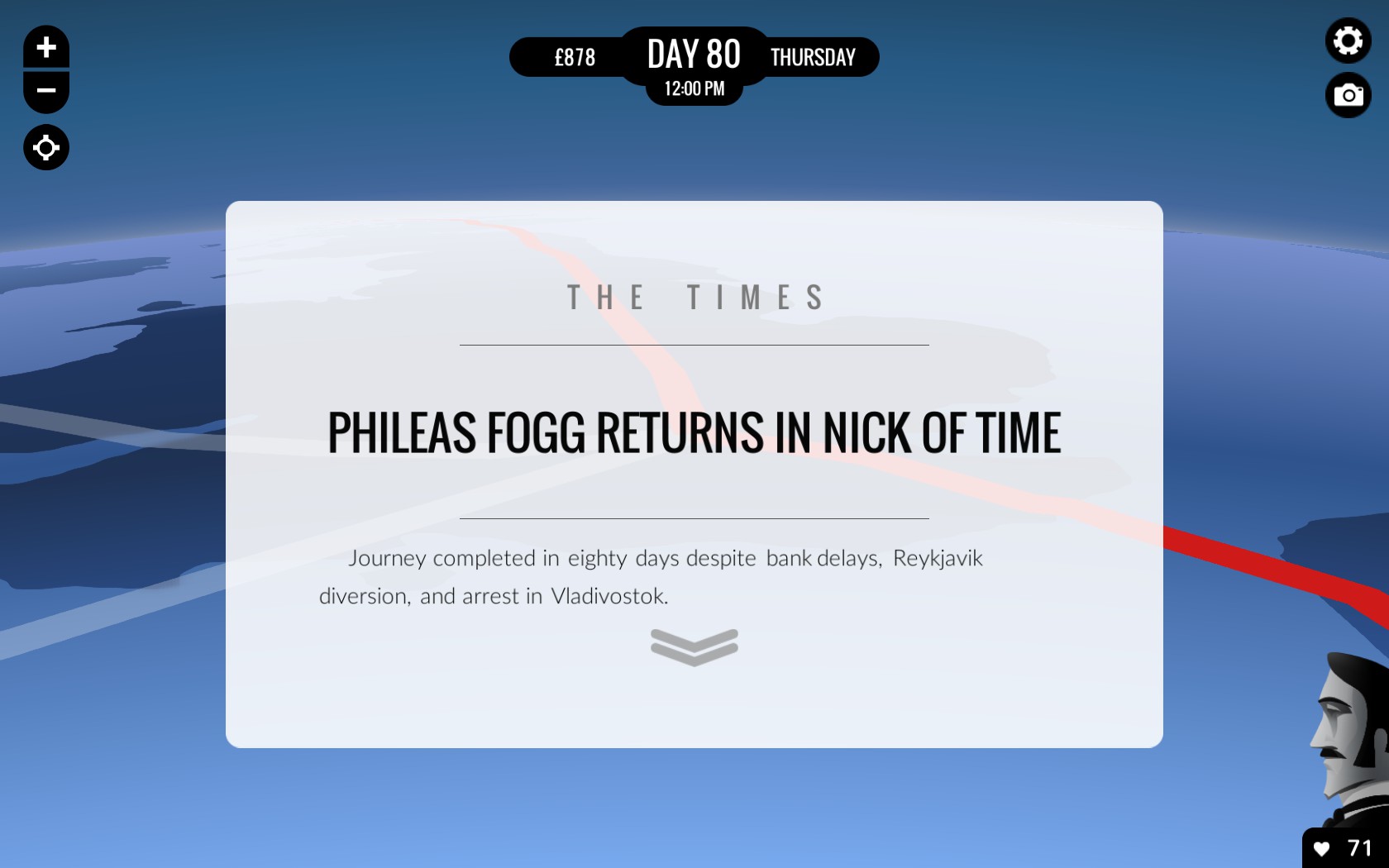 Of course I would. Just!

(Oh, and you can view my journey on the inkle website, here)