A spoiler free, hopefully, entry in my diary here because I know how important no spoilers are in this series. Which is why when I was streaming it I was a bit annoyed to have someone send me a message containing a massive spoiler. Luckily, I didn’t check messages until after I’d passed the reveal but still… why do people do this?

Anyway. I was back in Arcadia Bay! Literally before the storm, but in fact before Max came back and before Rachel Amber disappeared. We know how that ended up, and Chloe didn’t, so I’m not sure where the story is going to go here.

In Episode 1, Chloe and Amber first become friends, but very little of seeming importance happens (bar the spoiler). Chloe goes to school, plays a bit of D&D, skips school, winds up her mum’s boyfriend, stays out late and generally is the embodiment of angst. Without Max’s rewind powers, the game’s gimmick instead involves Chloe’s mouth – she can get her own way by smacktalking people using a mechanic not unlike the fights in Monkey Island. It’s a bit jarring at first but makes sense after a few. 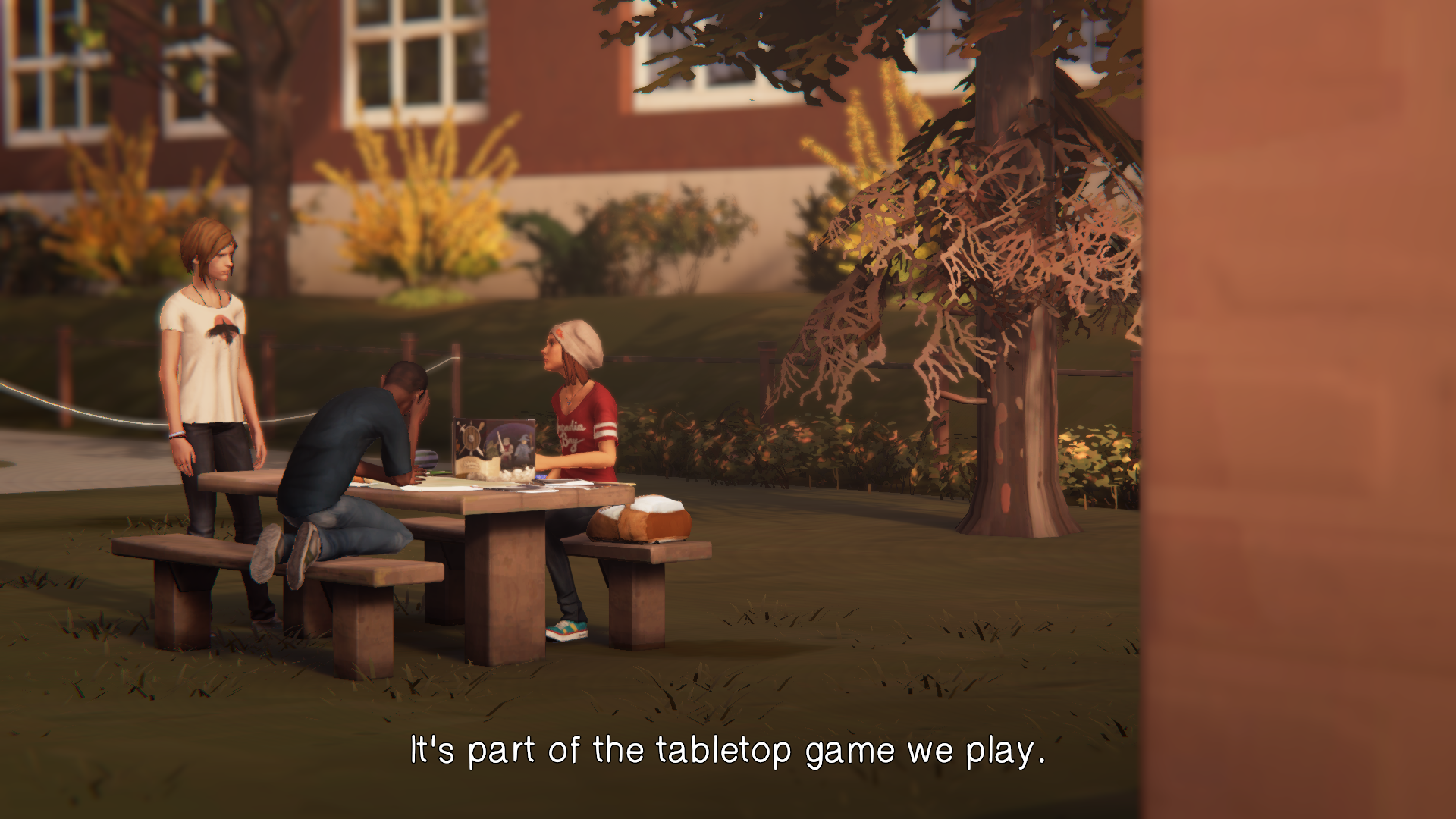 Unfortunately, they’ve replaced Chloe’s voice actress with someone who isn’t bad, but absolutely isn’t Chloe so the whole game feels wrong. The music isn’t a patch on the soundtrack to the original game either, and it was just as important as the story there. There’s also a bug where the HUD is mostly off the screen so can’t be seen, and there’s no way, as far as I can make out, to fix this without buying a new TV.

Thankfully, although it took a while getting there, the story has taken off in Before the Storm and I’m on board for the rest and really want to see how it pans out.

So far then, it’s a B-Team Life is Strange, but I went in pretty much expecting that. If the story stays good, then that’ll be more than enough to justify its existence. Let’s hope so!

Spoilers follow in these two videos showing my playthrough: