I have to say, I’m a little bit disappointed with this. The Lego Ninjago Movie Video Game (yeah, that’s the name) isn’t bad at all, but there are a number of niggles that actually cause gameplay issues. Sure, there are the “usual” Lego game problems – crashes and bugs, mainly – but two things in particular are really game breaking.

The first is the strange darkness of the game. In the open, sunlit levels (like the beach) it’s fine, but as soon as it’s a bit dark or even just shadows, it’s impossible to see. A gamma slider would sort it, but there isn’t one. And when you play as Garmadon or Cole, who are both wearing black, it’s even worse. 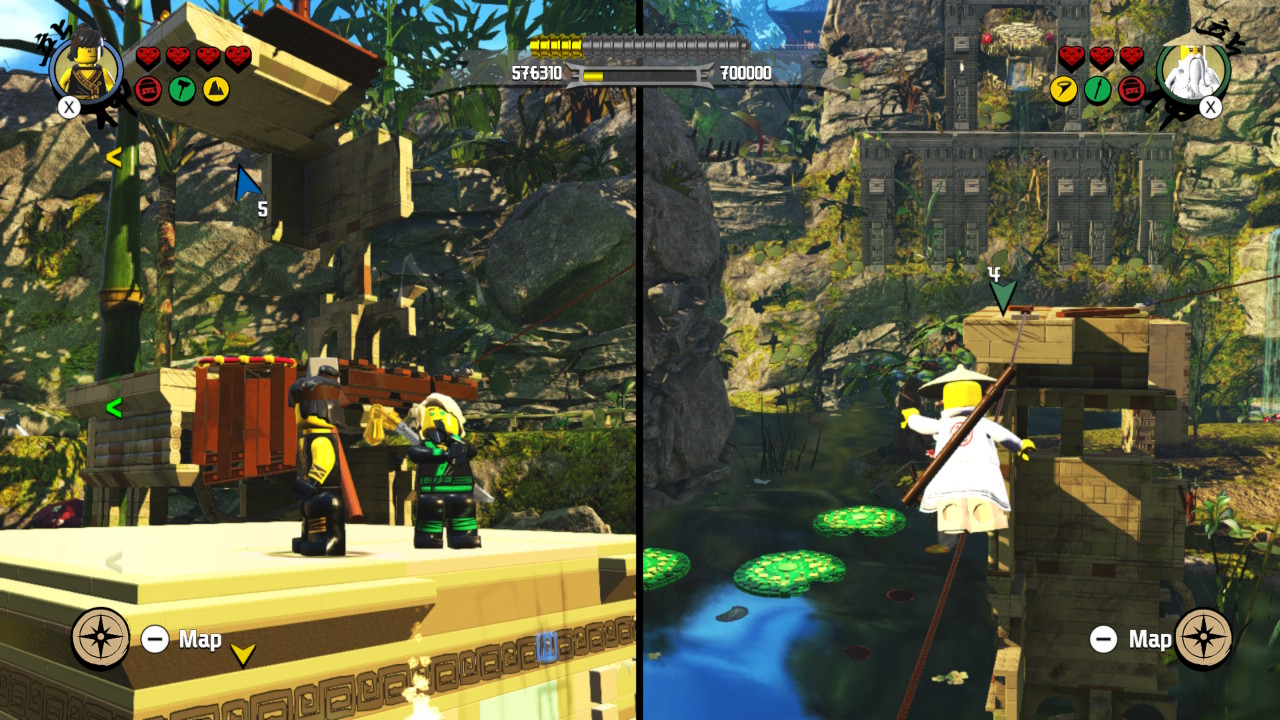 The other problem relates to Lloyd’s “green build power”. Like the “master builder” power from the Lego Movie game, you have to stand in a certain spot, hold down a button, then move the cursor over three glowing items. The thing is, when you’re playing in split screen two player mode, sometimes you can’t physically “tag” all three items – the screen just won’t scroll to reach them. We had to have one of the two players drop out so the remaining player had use of the full screen. A bizarre bug that would absolutely come up if two player mode was actually tested – which it clearly wasn’t!

That said, these are pretty minor things and it’s generally business as usual for Lego games. There are a few changes to the formula, notably no red bricks and no “True Hero/Adventurer/Whatever”, but surprisingly these don’t change the game as much as I expected. The plot follows the film, although expands it somewhat with a load of extra sequences. For some reason all the characters get their elemental powers well before they do in the film – making the whole purpose of their journey a bit pointless – but that doesn’t really affect the game. 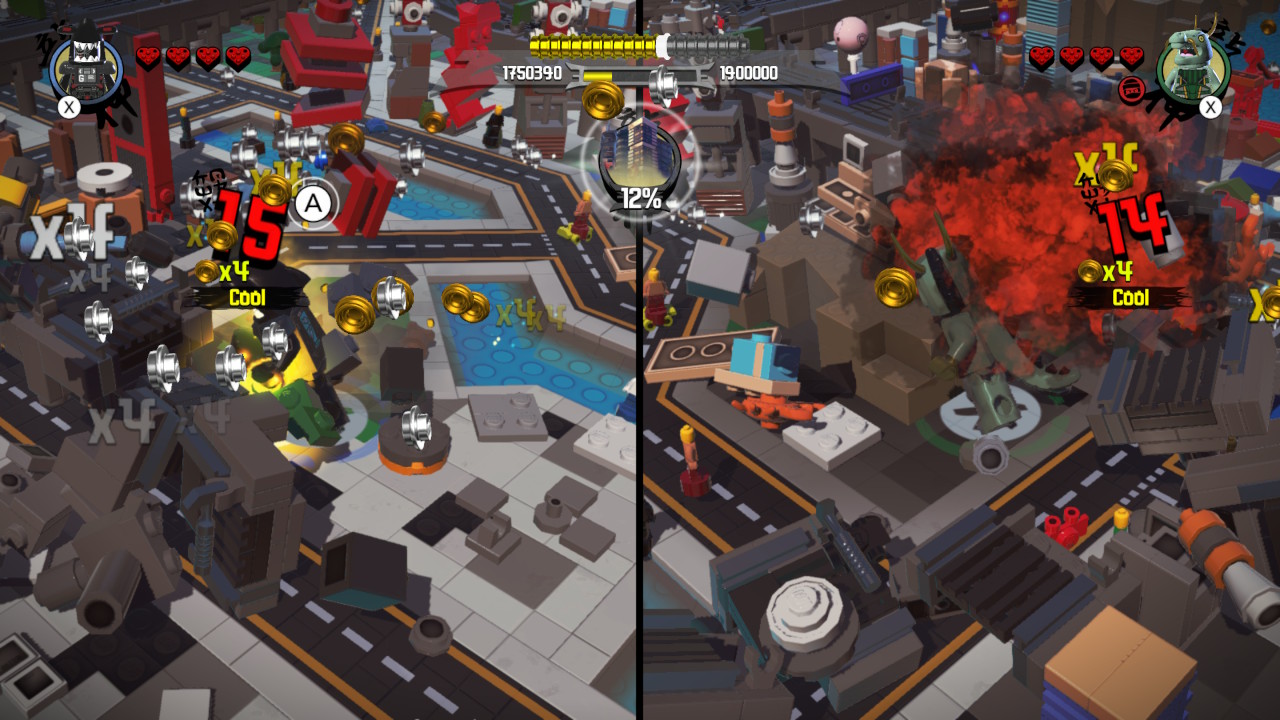 My daughter and I played the whole game in co-op (bar the above mentioned necessary drop-out), but as usual we’re only actually about 40% done. No doubt we’ll do some more.