I started it about a year ago, but after around 15 hours play GTAV was put away because I bought a Nintendo Switch. And Zelda happened. And then I thought actually getting back into GTA would be hard and I’d have no idea what I was doing any more. A few weeks ago, however, I gave it a go and was sucked back in. 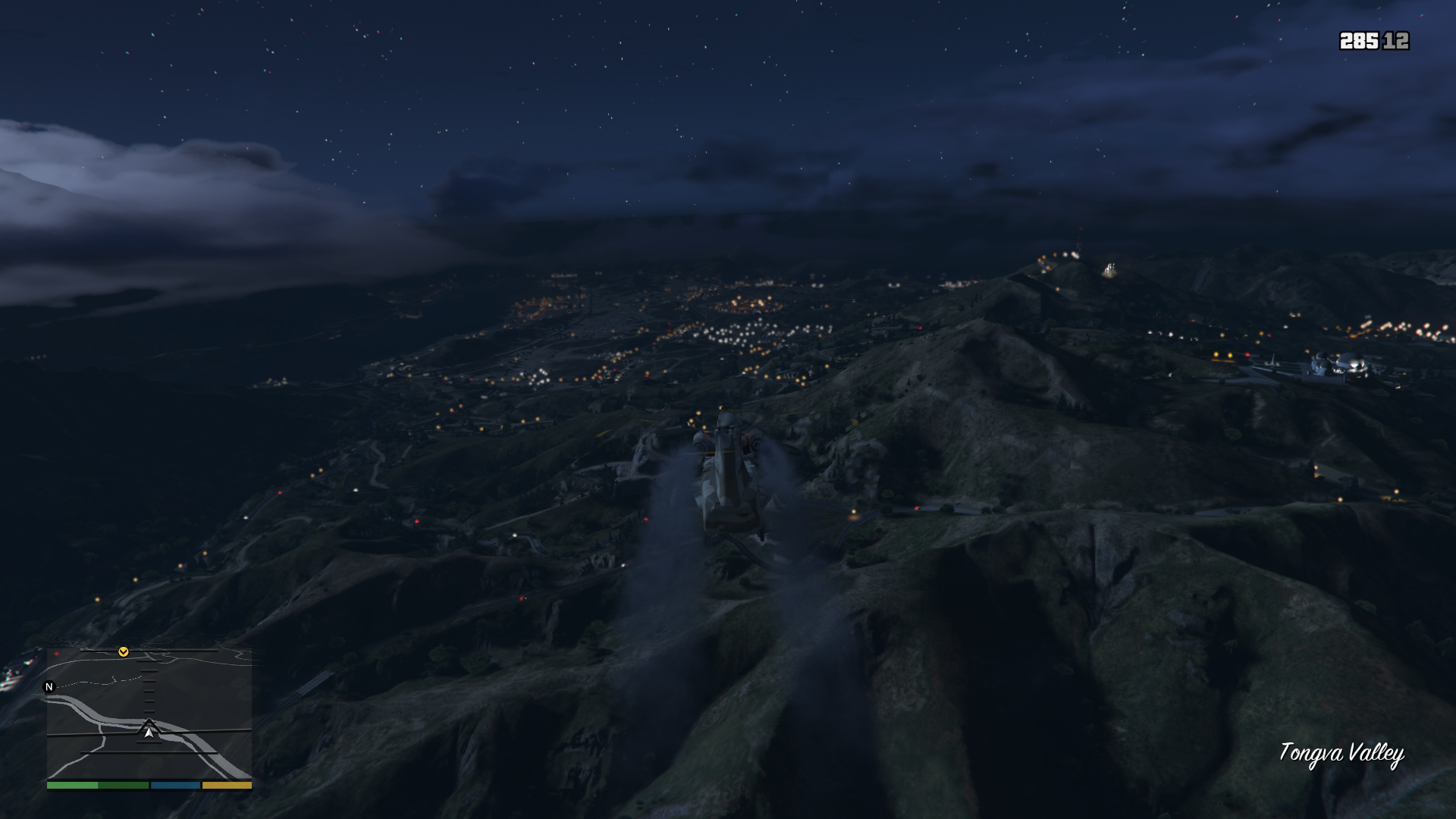 My aim was to just concentrate on the story. A lot of fun is to be had in GTA games just messing around, doing the side missions, or (my favourite) Taking A Bike Where A Bike Shouldn’t Go, but my priority was to get the main missions done to clear the game off my backlog. And that’s what I did, although often it was difficult to tell what was a main mission and what was a side mission. Sometimes the mission “trail” went cold, and I’d have to do some other tasks before I was back on the path.

There’s not a lot to say about the game that hasn’t be said elsewhere, not least because it’s pretty old now. What I found, however, was that it was really rather good, but it’s too big. There’s too much in here. You can’t mark it down for that, but for me, so much of it was wasted. Case in point: in the end credits I saw a golf course. Did I see a golf course in the game? No. Can you play on it? It seems yes. Wasted.

Oh ho. Did you see what I did there. 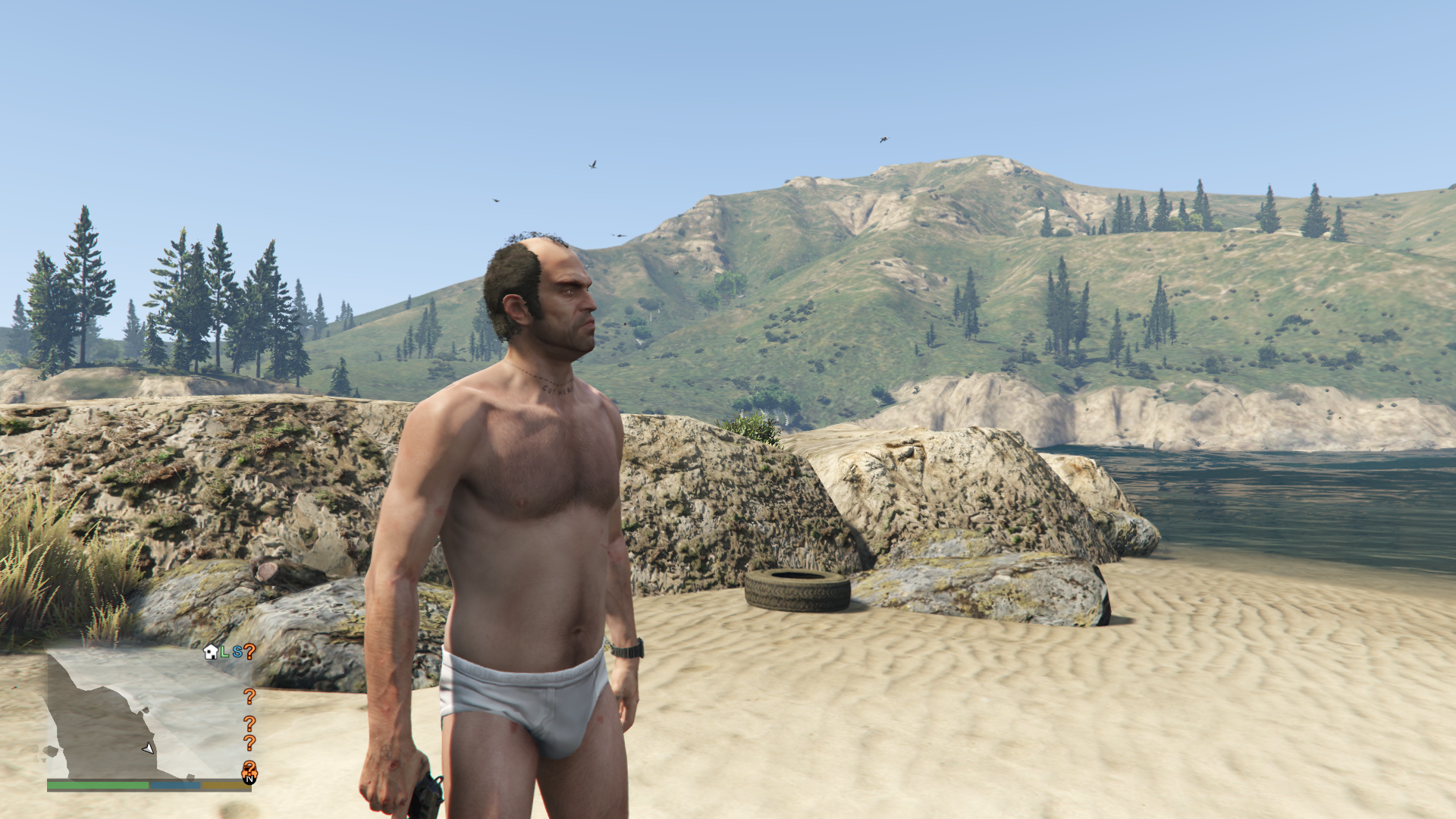 Mechanically, the game is fine. I pressed the wrong buttons hundreds of times because there are so many and they change function depending what you’re doing, but that’s mostly my fault. I never managed to find a camera position when driving that I was completely happy with, but I coped.

Importantly, the story is pretty good. I’m not convinced that in any real world, Michael, Trevor and Frankin would ever even give each other the time of day let alone cooperate on a massively dangerous bank heist, but it sort of works in the game. Where the story isn’t perfect, the characters are. They’re excellent. 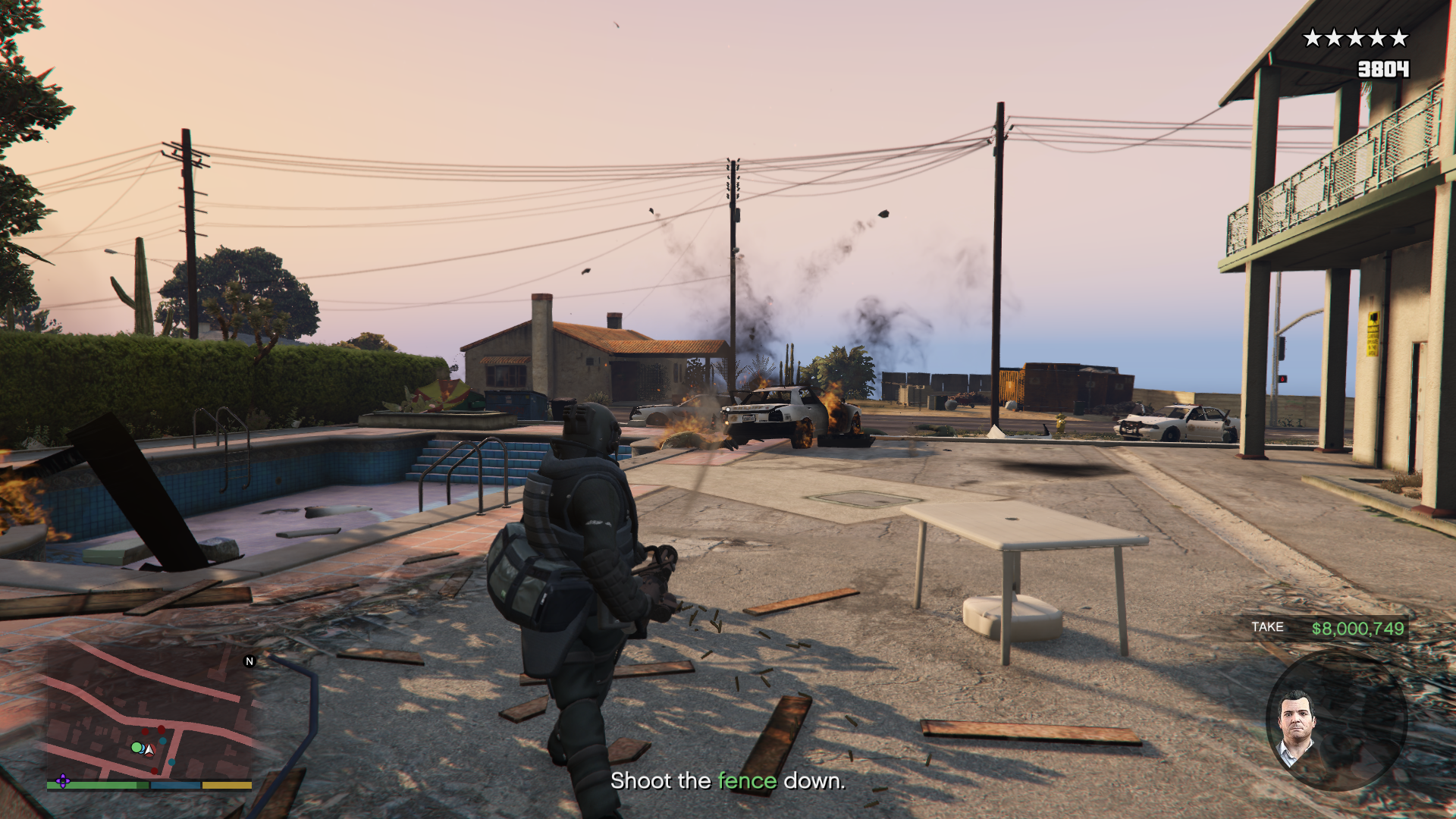 I suppose to summarise, it’s not perfect, there’s a lot more I could do (but probably won’t), it was fun, funny, varied and I enjoyed it. It’s no Vice City, but then nothing is.

Anyway. Here are some videos: