A lot of people derided this at launch, but I know Konami have changed a lot since then. In fact, the multiplayer mode is – baffling graphics choices aside – a decent enough Bomberman game. Today, I discovered that you could change the viewing angle of the single player game with the L and R buttons and you know what? Single player is just fine now too. 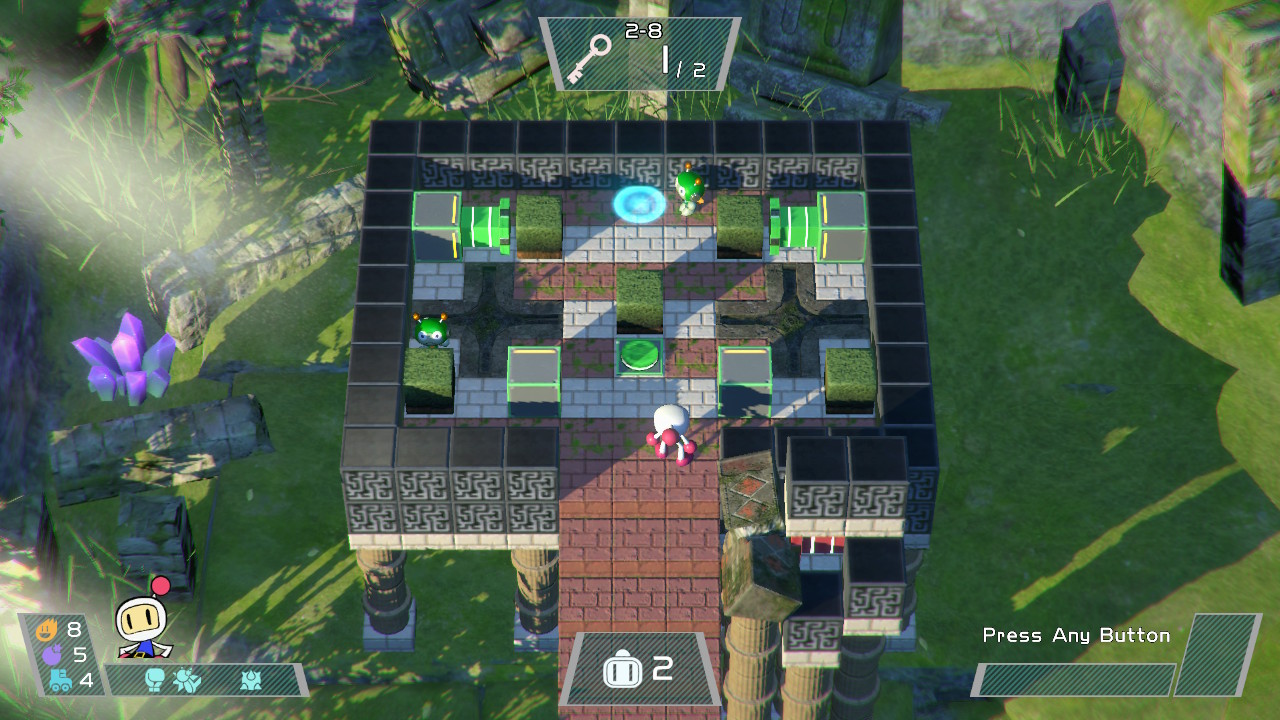 Sure, the camera angle, even when fixed, is a bit odd and sometimes it’s hard to see what “level” you’re on as a result, but mostly it’s not an issue. I’d have liked it to be a touch more overhead (perhaps I missed another button combo) but it hardly caused an issue.

In fact, I completed it. And it was fun, and it wasn’t too long and you know what? It’s the only Bomberman game with a single player mode I’ve completed since the SNES/PC Engine/Mega Drive versions. Which says more than any description I could stick here would. 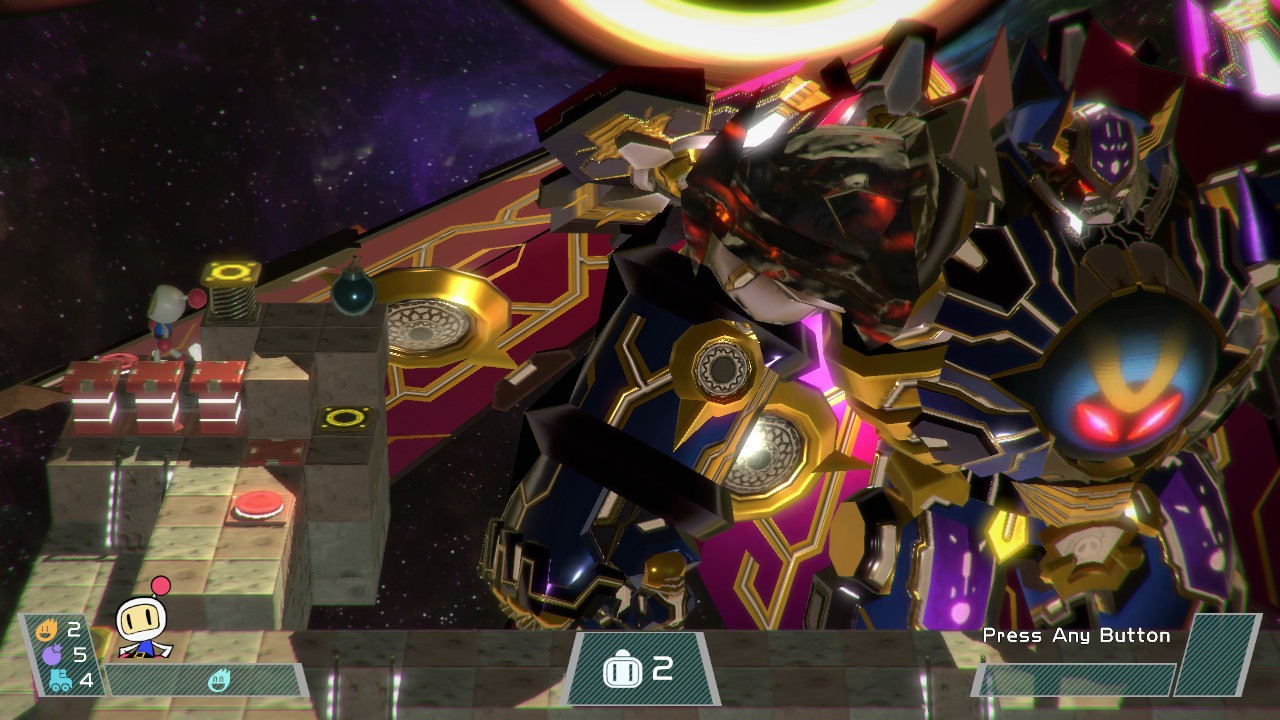 Obviously it isn’t perfect, but all the necessary power-ups are there, each world has gimmicks that work, the levels are pretty varied (some have “survive for” time limits, some require you to kill everything, some have you saving people), and the bosses are decent too.

Of course with a Bomberman game, the actual game is in the multiplayer modes. But Super Bomberman R’s (haha! R’s!) is a solid 3/5 on it’s own. How much has changed in the last year I don’t know, but that’s where I’d stick it now. And yes, I played the “bonus” world after completing the game too, in case you were wondering. 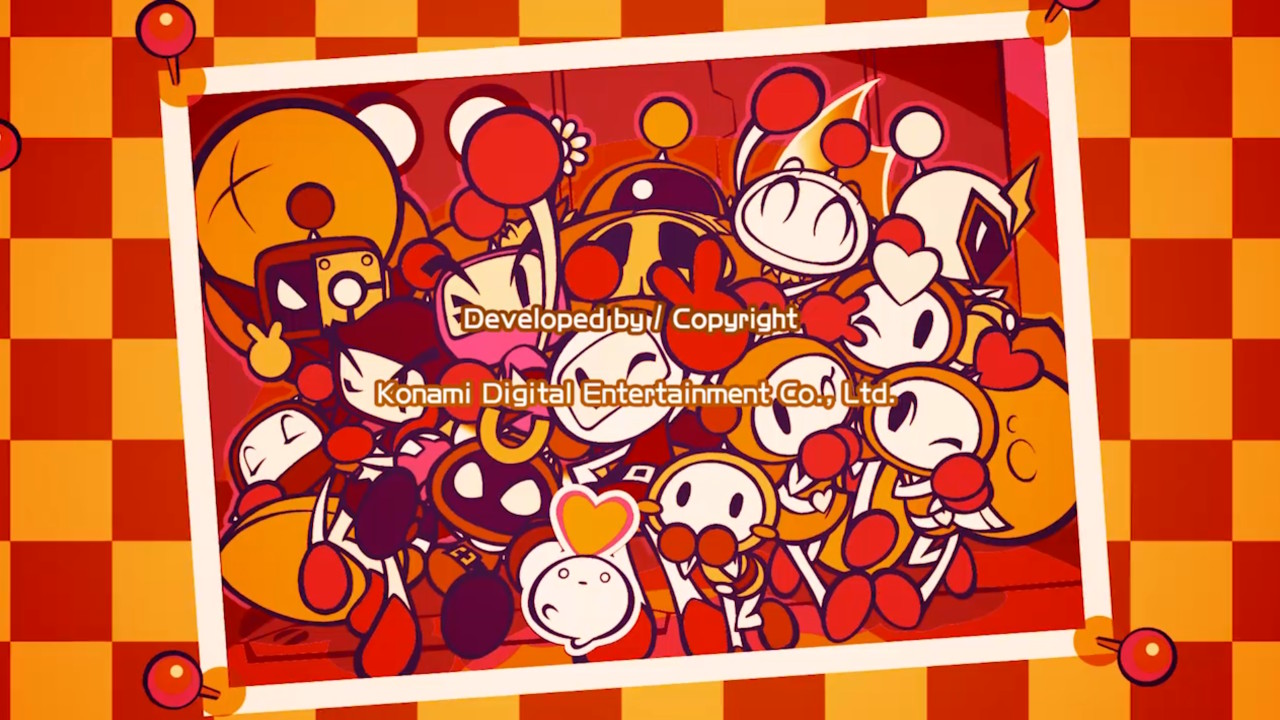